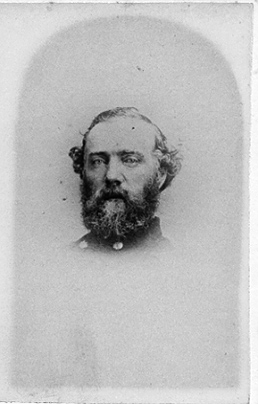 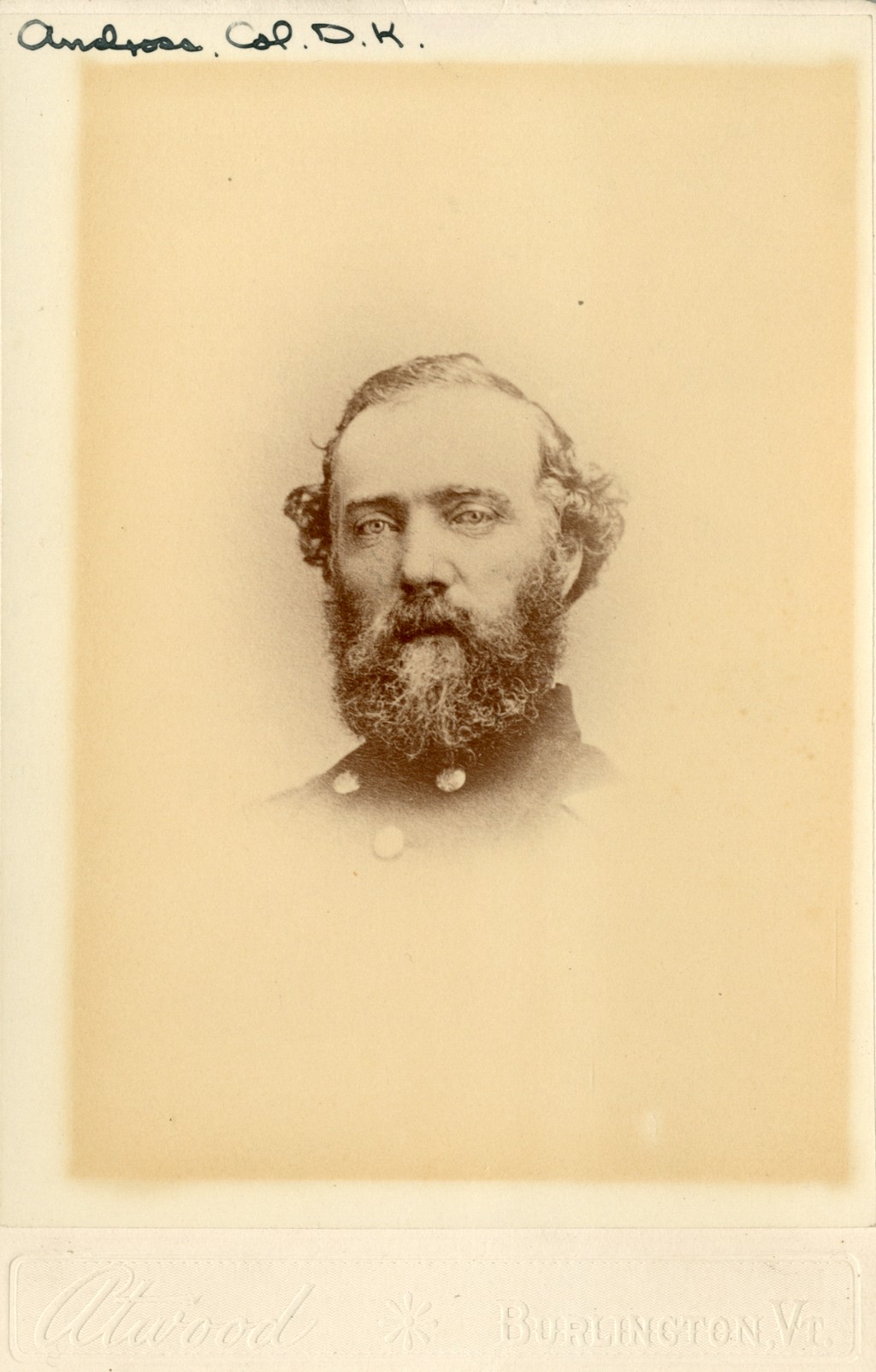 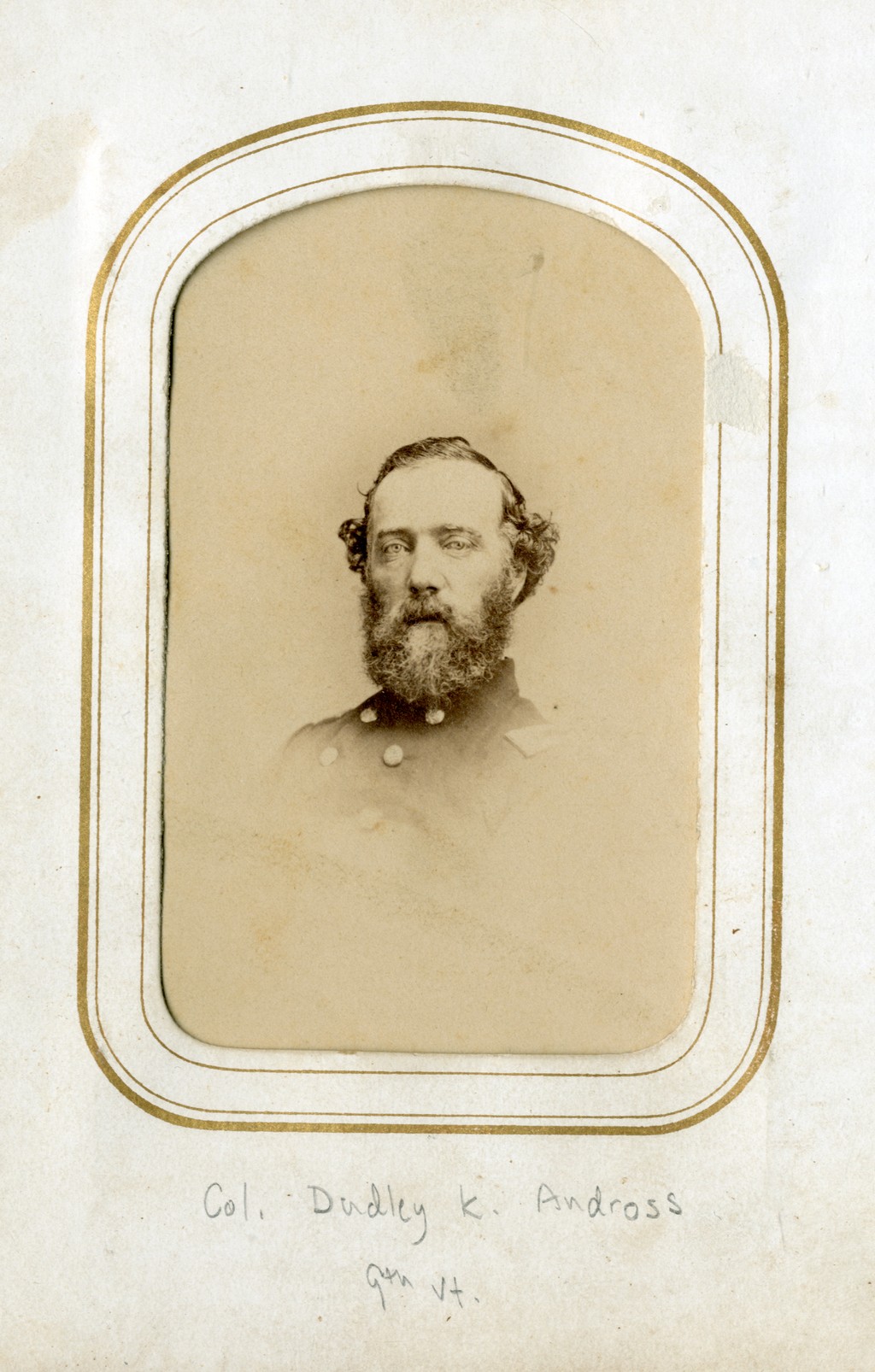 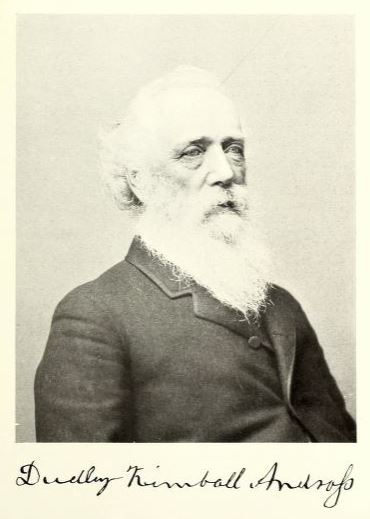 Andross, Dudley Kimball, of Bradford, son of Broadstreet Spafford and Mary (Kimball) Andross, was born in Bradford, Sept. 12, 1823. He comes of old Vermont stock, one of his grandfathers, Dr. Bildad Andross, having been an early settler in the town of Bradford, and a member of the first convention which met to organize the Commonwealth of Vermont; and another, Capt. Broadstreet Spafford, having been the first settler in Fairfax in 1783. His great-uncle, Obadiah Kimball, was killed in the battle of Bennington.

In early life Mr. Andross worked as a lumberman, then as a railroad builder, and as such he helped to lay the first rail of the Rutland & Burlington R. R; later he was a successful gold-miner in California. During his whole life his love of sport has led him to make hunting something more than a pastime.

When the civil war broke out he was in business as a miller and was lieutenant of the Bradford company of militia. In its reorganization for service, upon the first call for troops in April 1861, Lieutenant Andross was elected captain and served as such with the 1st Vt. Regt. throughout its term. At the battle of Big Bethel, when the three companies of the 1st regiment attacked the rebel earthworks, Captain Andross was the first man upon the embankment. At the close of the three months' service he returned to the army as lieutenant-colonel of the 9th Vt. Regt., his commission dating May 26, 1862. At Harper's Ferry he was taken prisoner, the 9th regiment having been surrendered under General Miles. The prisoner was speedily released and at once promoted to the rank of colonel, which position he held until ill health compelled him to tender his resignation June 23, 1863. Since the war Colonel Andross has led a quiet life, farming and hunting.

Colonel Andross is believed to be (except Stephen Thomas, always known as General), the senior surviving colonel of Vermont troops.

Col. D.K. Andross died yesterday in his home at Bradford, Vt. He was 80 years old, and served in the Ninth Vermont Regiment, which was captured by the Confederates at Harper's Ferry in the civil war. He was made a Colonel for distinguished service.