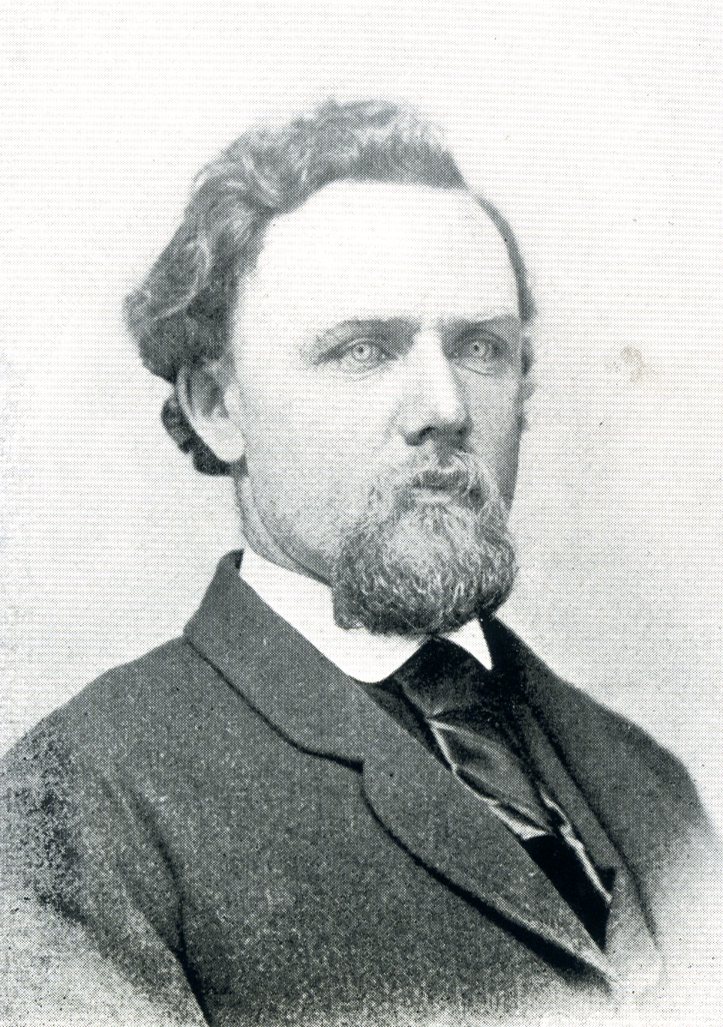 CHARLES A. BARR volunteered from the town of Swanton August 2.5th, 1862. His age was 26, and a married man, and his birthplace, Highgate, and occupation carpenter and joiner. Complexion dark, eyes blue and hair brown, five feet, seven inches tall, a solid, well built man, capable of much endurance, apparently well fitted for the life of a soldier. His father, Conrad Barr, and mother, Sallie Carman, were both born In Highgate in 1804 and 1807, respectively and their children were thirteen, of which Charles was number six. ard born in 1836, June 4th. The Barr family were quite conspicuous as well as numerous in Highgate, and many of that family still reside in Franklin County. The father, Conrad, died at the age of 83, May 2nd, 1887. The mother, Sallie, died May 10th, 1897, aged 90 years.

Charles A. Barr descended from a hardy race of people, and inherited some of the peculiarities and military spirit of his father. While Charles was ready for duty when called, he soon tired of the monotony of the duty round camp and longed for a change. While at Fairfax Court House he was assigned to duty at General Stoughton's headquarters, and with others was gobbled up when Mosby and his followers quietly rode in and stealthily carried away General Stoughton, March 9th, 1863. Comrade Barr was given a horseback ride toward Richmond hy the way of Manassas Gap or Chester Gap or some other gap in the Blue Ridge for about 24 hours and faster than he enjoyed, and on a raw-boned, sharp back shack of a small mule without a saddle or blanket and a swim through the swift running stream of Cub Run. Charles managed on the way to escape or be paroled and returned to camp in the course of three or four days. He was a bad fellow to keep as a prisoner, required too much watching, he told us of his rough ride toward Richmond, a thrilling experience going and his hard march back to camp. He claimed that Mosby as soon as at a sate distance from our cavalry videttes and within their own lines, that they, Frank Felt, of Company K and others, were given the privilege of swearing not to take further part until exchanged (paroled it was called) and this alternative was preferable to bare back mule ride further, so accepted and started back toward camp. We had to accept their Avord for this parole business, no papers as evidence and none of our officers cared to look up Mosby and find out about it. Thei-e were some in our brigade that felt quite friendly toward Mosby for what he had done, believing General Stoughton's place could be filled without injury to the morale of the brigade and to the satisfaction of officers and privates alike. It was bad for Stoughton, but he was careless, being on an outpost where the enemy were on the alert night and day. It is my recollection that Comrade Barr claimed to have been paroled and therefore refused to do duty until he was exchanged. He remained in camp a while and then went to the parole camp near Alexandria, Va., where he remained until our term of service expired. He returned with others from Alexandria and Washington and joined the regiment at Baltimore on our return home from Gettysburg. He was mustered o"t with the regiment July 21st, 1863, and returned to his home in Swanton and Highgate.

Soon after the war he moved West and remained until he died. His brother Myron Barr, of Highgate, claims that he died in the West, but when and where is not able to say. Had not heard from him for a good many years, or any of his family, if he left any. A picture of him will be found on page 412 of this book. The historian has taken much pains to ascertain more definitely concerning Comrade Barr, but without avail.