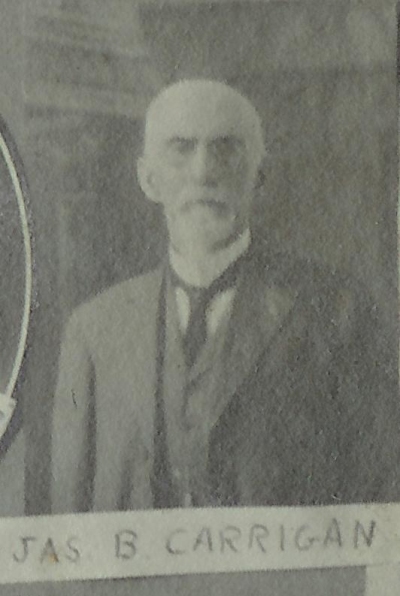 Poultney, April 30. - James B. Carrigan, representative to the Legislature from Poultney in1914, director of the Citizens' National bank and retired undertaker and furniture dealer, died at 1 o'clock this afternoon of pneumonia.

Mr. Carrigan was born in Poultney 79 years ago. He enlisted on May 27, 1861, in company B, second Vermont regiment of the Civil war and was discharged on June 29, 1864, with the rank of corporal, having been wounded.

He began his career in the furniture business at Hartford, N.Y., soon after the war, coming to Poultney in 1883 to open a similar store, also taking up the undertaking business. In July, 1908, he took as a partner, Harold H. Rawson, who took over the entire business five years later.