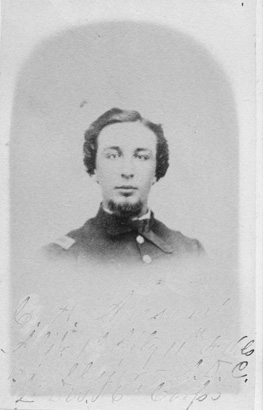 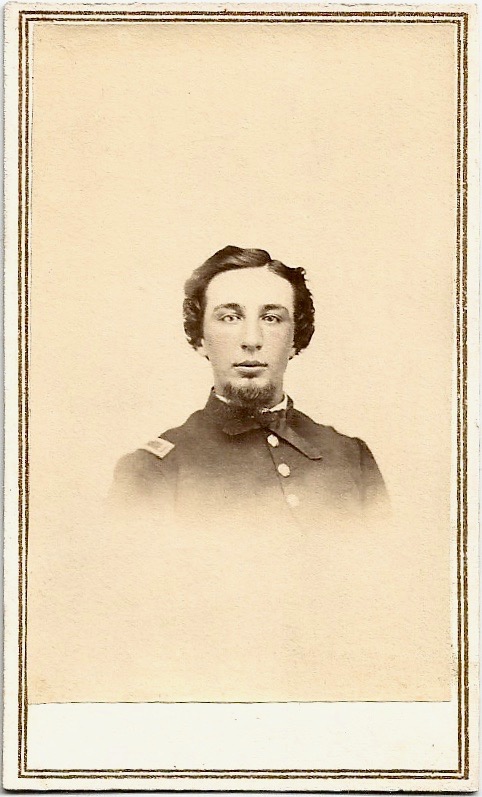 Milwaukee - Major Charles Henry Anson, 86, former member of the Wisconsin legislature, died at his home here yesterday. He was born in Peru, N.Y., enlisted as a private with the Eleventh Vermont volunteers during the Civil war and was discharged as a major on the staff of Gen. George W. Getty.

For fifty-six years Major Charles Henry Anson has been a resident of Milwaukee. He is now nearing the eighty-first milestone on life's journey and his career has been an eventful one, characterized by loyal and patriotic service to his country in days of war and by equal devotion to her best standards in times of peace. In business circles, too, he has made a most creditable record, having for more than four decades been at the head of one of the leading wholesale grocery houses of Milwaukee. In the evening of life he is living retired, enjoying in well earnest rest the fruits of his former labors and the honor and respect which have come to him as the result of the sterling traits of manhood and citizenship which he has displayed in every relation of life. He was born in Peru, Clinton County, New York, on the 22d of November, 1841, a son of Edward and Helen M. (Hayes) Anson, who were likewise natives of the Empire state. The mother was of Scotch lineage, while the father was of English descent and traced his ancestry back to Admiral George Lord Anson of the Royal English navy, who died in England in 1776. Edward Anson, the father, entered upon maritime experiences when fourteen years of age by becoming a sailor on Lake Champlain and, he remained in navigation service on that body of water until he retired several years prior to his demise. To him and his wife were born eight children, of whom Major Anson was the eldest son. Only three of the family, the major and two of the sisters, are living.

In his youthful days Charles Henry Anson pursued his education in the Keysville Academy in Essex County, New York, and in the public schools of his native state, after which he went to Montpelier, Vermont, where he took up the task of providing for his own support by clerking in a grocery store. He was thus employed at the time the Civil war broke out and continued his labors there until the 31st of August, 1862. Several months before he attained his majority he enlisted in defense of the Union, becoming a private of Company E, Eleventh Vermont Volunteers, his term of enlistment to cover three years. He was made regimental quartermaster sergeant on the 1st of September following, and on the 11th of August, 1863, was promoted to the rank of second lieutenant of Company E of that regiment. On the 28th of December of the same year he was advanced to the rank of first lieutenant of Battery E, First Artillery, and on the 21st of January, 1864, he became regimental adjutant. During the months of March, April and May, 1864, he was acting assistant adjutant general of the First Brigade, Haskins Division, Twenty-second Army Corps. On the 2d of April, 1865, he was made a brevet captain. United States Volunteers "for gallant and illustrious services before Petersburg, Virginia." On the same day, upon the recommendation of Gen. George W. Getty for bravery, he became aide-de-camp of the Second Division, Sixth Army Corps, Major General George W. Getty commanding, and on the 2d of April, 1865, he was made brevet major of the United States Volunteers, serving with that rank until mustered out of service on the 24th of June, 1865. His active field duty covered some of the most hotly contested engagements of the war. In the autumn of 1863 the Eleventh Vermont Volunteers was reorganized as a heavy artillery regiment and recruited to twelve batteries of one hundred and fifty men each, designated as the First Artillery, Eleventh Vermont Volunteers. From May 12, 1864, he served in the field as a member of an infantry regiment and was a member of the First Vermont Brigade from May 15, 1864, to June 24, 1865. The First Vermont Brigade was designated as the Second Brigade, Second Division, Sixth Army Corps of the Army of the Potomac and it is claimed that the Vermont Brigade sustained the greatest loss of any brigade in the Union service and was engaged in many of the hardest battles and campaigns of the war. He participated in the battle of Spottsylvania, Virginia, on May 18, 19 and 20, 1864; Cold Harbor, June 1 to 12; Petersburg, June 18 to 20; Welden Railroad, June 23; Fort Stevens, D. C., July 12; Charlestown, Virginia, August 21; Gilberts Ford, Virginia; September 13; Winchester, September 19; Fishers Hill, September 21 and 22; and Cedar Creek on the 19th of October, 1864, the last five engagements being in the Shenandoah valley, under Gen. Phil Sheridan. From the 25th to the 27th of March, 1865, he was in the engagement at Petersburg and again under fire there on the 2d of April. On the 6th of April he was at Sailors .Creek and three days later was at Appomattox, where General Lee surrendered his sword to General Grant, practically putting an end to the war. Major Anson was a brave and loyal soldier, an intrepid officer and among all the Union forces there was no one who more faithfully followed the stars and stripes to victory on southern battle fields.

When hostilities had ceased Major Anson returned to his old home and in the spring of 1866 removed to Milwaukee, where he has since resided. For three years after his arrival he was employed as a traveling salesman, with Milwaukee as his headquarters and for an equal period he traveled in his own interests. He became most prominently and widely known through his connection with the wholesale grocery trade, in which he was engaged with his brother, Frank A. Anson, who had served in the same regiment with Major Anson during the Civil war. At 307 East Water street they opened a wholesale grocery house and when they closed out their business they were the oldest established concern of the kind in the city. Frank A. Anson passed away on the 13th of December, 1910, and Major Anson, approaching the seventieth milestone on life's journey, decided to discontinue business, no longer feeling the urge of necessity in connection with the conduct of commercial interests. Through the succeeding period he has enjoyed a well earned rest, the successful labors of previous years enabling him to put aside all further care.

In Milwaukee, in 1868, Mr. Anson was united in marriage to Miss Henrietta H. Brett, who passed away in 1878. Their only son, William E. Anson, died at the age of twenty-seven years. On the 5th of October, 1880, Major Anson wedded Miss Harriet Frances Lyman, who was born in Sheboygan Falls, Wisconsin, while later her family resided at Ripon, this state, for a number of years before coming to Milwaukee. Her father, George N. Lyman, died in Minneapolis in 1898. Her mother now resides in that city, at the age of ninety-four years. Major Anson and his wife have one son, Charles Lyman, who was born in Milwaukee and now lives in Wheaton, Illinois. He is a writer for System Magazine, a number of his articles being used by the Literary Digest. He married Miss Florence Smith of Oak Park, Illinois, and they have one child, Lyman. Charles Lyman Anson was graduated from the Milwaukee Academy and was for four years a student in the Massachusetts School of Technology at Boston, from which he was also graduated. Major Anson maintains his city residence at No. 450 Kenilworth place. He has long been interested in everything pertaining to his old army comrades and to military conditions in the country. On the 6th of February, 1884, he was elected a member of the E. B. Wolcott Post, G.A.R.. became senior vice commander on the 12th of December following, and on the 11th of December, 1885, he was reelected to that office, while on the 3d of December, 1886, he was elected post commander. On the 2d of April, 1884, he was elected a member of the Loyal Legion, First Class, Insignia No. 3215; and on the 6th of May, 1885, he was chosen a member of the Council, to which position he was reelected on the 4th of May, 1887. On the same date he became senior vice commander and on the 7th of May, 1890, was elected commander of the Loyal Legion. He retained his membership in both of these military orders and has always been exceedingly popular among the Boys in Blue of Wisconsin. He has rendered much valuable service to the public in many ways. In 1890 he was chosen to represent his district in the Wisconsin legislature and served for the two years' term from the seventh ward of Milwaukee. In 1902 he was the republican candidate for mayor of the city and at all times he has been an unfaltering supporter of the principles of his party. For fourteen years he served as trustee and for six years as president of the board of trustees of the Immanuel Presbyterian church of Milwaukee and for about two decades has been a trustee of the Milwaukee-Downer College. He likewise has membership in the State Historical Society of Wisconsin and he is interested in all that pertains to the annals of the commonwealth in which he has for fifty-six years made his home. He is a Mason, belonging to Wisconsin Lodge No. 13 and to the Old Settlers Club. His career reflects credit and honor upon the city and state which have honored him. He has come to the evening of life not only rich in years but rich in all those things which men covet -a liberal supply of worldly goods, the esteem, the confidence and the respect of their fellowmen.

See also Reminiscences of an Enlisted Man, by Charles Anson