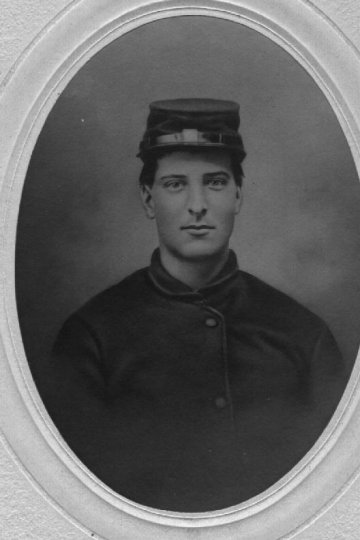 The community was shocked to learn of the death of Ira Munn, last Wednesday morning, after a three days' sickness from pneumonia. Mr. Munn had, with his sister, Mrs. Theodocia Clair, gone to visit a cousin, Mrs. Stockwell, in Rochester. Two days after they arrived in Rochester, Mr. Munn and Mrs. Clair were both stricken with pneumonia, Mr. Munn dying at 10 a.m. Wednesday, and Mrs. Clair lingering until Monday morning. Mr. Munn was 73 years years of age, and was the son of Deacon Joseph Munn. He had an excellent war record, having served three years in the U.S. regulars, participating in twelve battles, and being twice wounded. He is survived by five children: Mrs. F.C. Boardman of Stowe, Mrs. Dr. Bugbee of Waterbury, and three sons, Albert, Will, and Matt of Saranac Lake, N.Y. All were present at the funeral. 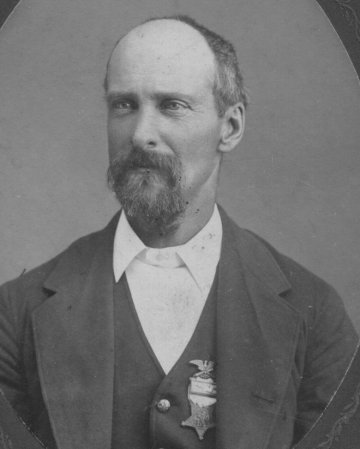 The funeral was held from St. Andrews Church, Waterbury, Sunday afternoon. The Rev. D. E. Coffey officiated, and D. T. Harvey was in charge. Mr. Tiebault sang a solo, the regular choir assisting. The bearers were his relatives: A. B. Munn, W. J. Munn, and M. M. Munn from Saranac Lake, N.Y., Stafford Boardman of Winooski, Fred Boardman of Stowe, and Dr. C. M. Barber of Waterbury. The H. H. Smith Grand Army Post of Stowe came in a body, and with members of the Center Post, and also the one at Waterbury sounded taps at the grave. The Womans Relief Ciops also attended. The burial was at the [Holy Cross] cemetery at Duxbury Corners.

Obituary courtesy of: Deanna French; war-time and post-war photographs courtesy of Teresa Munn, Ira's second great-granddaughter.
Webmaster's note: Ira Munn was post commander of H. H. Smith G.A.R. Post #19, Stowe, at least in 1886. Also, the battle of Weldon Railroad mentioned was not the 23-24 June battle in which so many Vermonters were casualties, but a later one, on 18-21 August, in which the 12th US Infantry participated.