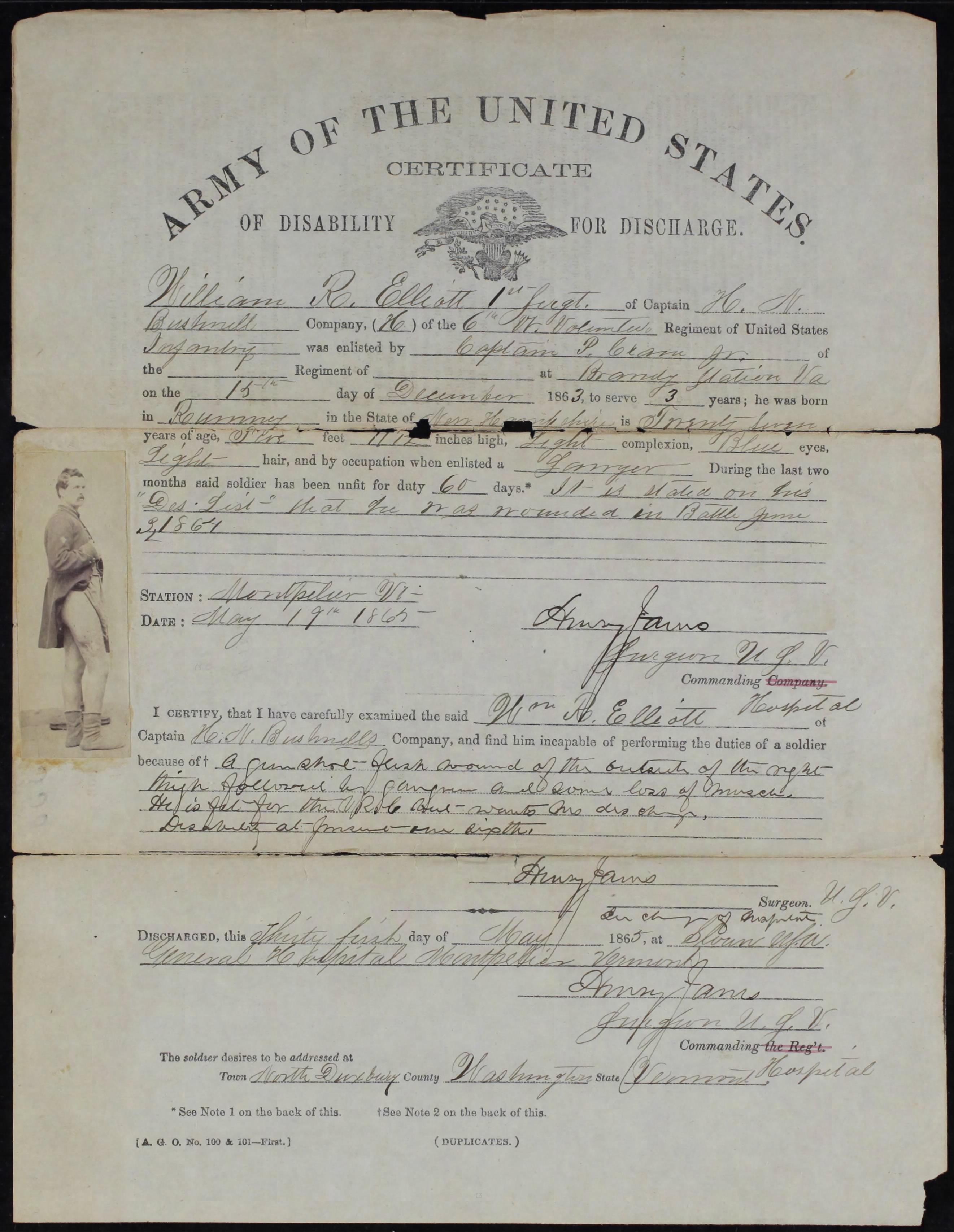 
See other discharges signed by Dr. Henry Janes at Montpelier with photographs.

The funeral of William R. Elliot was held from his late home Saturday afternoon, the Rev. William Hessell, pastor of the Methodist church of which the deceased had for fifty-five years been a member, officiating. There was a large attendance and beautiful floral tributes. The burial was under Winooski Lodge No. 49, F. & A. M., the ritual work being given by F. C. Lamb and the Rev. William, Hessell.

Among those from out of town were Mr. Elliot's daughter, Mrs. Dewey Graves, who arrived that morning from Chattanooga, Tenn., Mr. and Mrs. Charles Stevens and daughter and Mrs. C. P. Stevens of Orleans, Mr. and Mrs. D. A. Barrows of Johnson, Vt., Mr. and Mrs. Charles Barney of Essex Junction and Senator W. P. Dillingham. Those who were able from Dillingham Post G. A. R., attended and the entire force from Duxbury Lumber Co., the mill being closed for the day. Noted among those from Duxbury was Eugene Shambeau who began work for Mr. Elliot fifty years ago and Thomas Hoy who came to him forty-eight years ago and has had continuous work with the company.