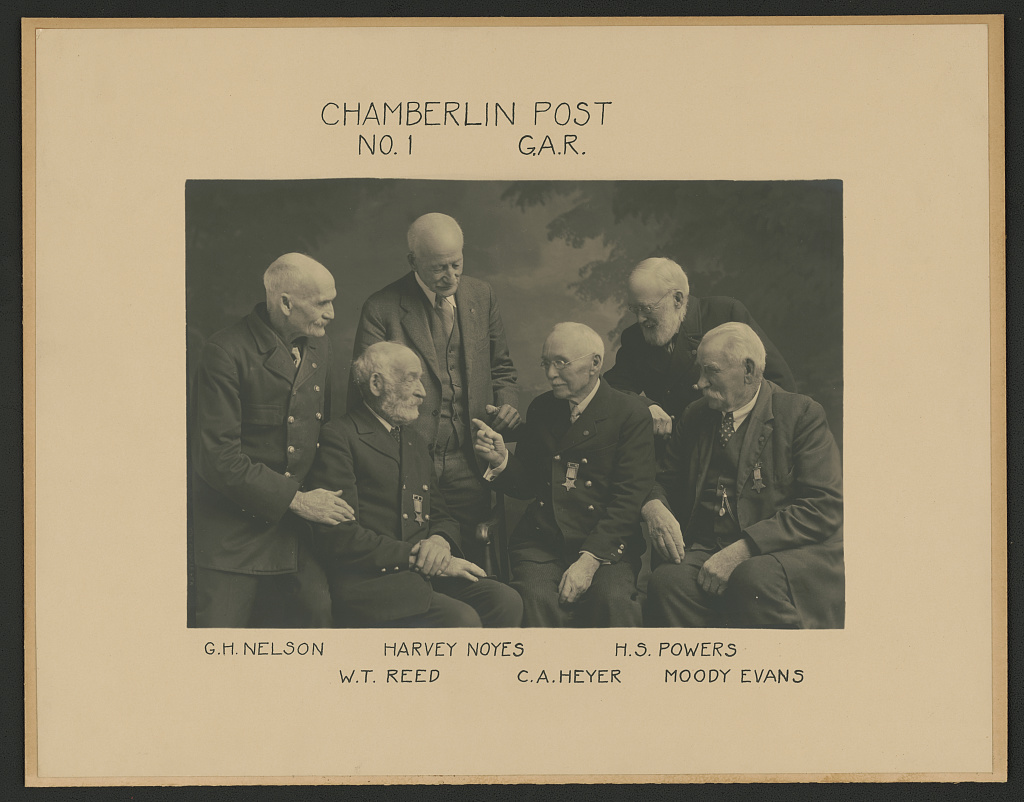 St. Johnsbury, Vt., May 1 --- Moody H. Evans, 97, died yesterday. He was the last member of Chamerlin post, No. 1, of the Grand Army of the Republic and his death leaves but one other Civil War veteran in the state, Gilbert Lucier of Jay.

Mr. Evans was born in Newbury and enlisted from Kirby, Feb. 13, 1865, in the third Vermont regiment. Six months later he was mustered out and went to Victory, where he worked in a lumber mill. He had resided in St. Johnsbury about 40 years.

Only One G.A.R. Vet Remains in Vermont
Death of Moody H. Evans
Leaves Only Gilbert Lucier of Jay

From Our Special Correspondent

Comrade Evans was a native of Newbury, Vt., where he was born May 25, 1845. He enlisted from Kirby in the 3d Vermont regiment the last year of the war, serving but six months. He returned to Victory where he engaged in lumbering, and about 40 years ago came to St. Johnsbury where he has since resided. His wife died 56 years ago and he is survived by two daughters, Mrs. Nancy Spencer of Brattleboro and Mrs. Belle Hatch of Littleton, N.H.