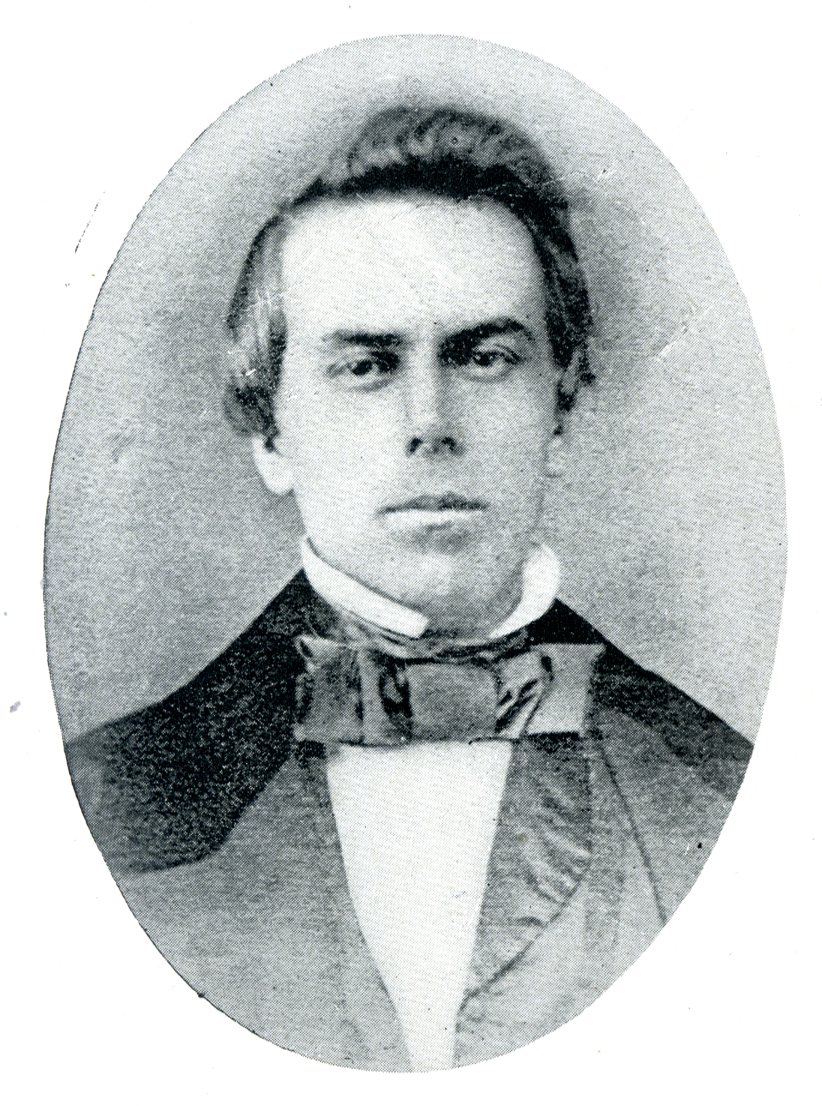 Sargeant Dewey's ancestors were of the old Puritan stock and came to New England at a very early date, he being the seventh in direct line of descent from Thomas Dewey, who immigrated from Sandwich, Kent, England in the ship Lion's Whelp, landing at Boston in May, 1633. He settled in Dorchester, Mass., and afterwards at Windsor, Conn. Henry Dewey, father of Albee, was born at Hanover, N. H. He married Amelia Button, of Berlin, Vt., and died at Waitsfield, Vt., in 1875, aged 96 years. Simeon, brother of Henry, was grandfather of Admiral Dewey. Henry Albee Dewey, was born at Montpelier, Vt., April 28, 1832. He married Lucy I. Whitney at West Abington, Penn., October 2, 1855. They had one son born at Westchester, Jay County, Ind., September 8, 1858. The most of Serg't Dewey's boyhood was passed at Waitsfield, where he attended the common schools of the town. For several years prior to the war he had been employed in an agency which took him away from his early home. He traveled extensively in Pennsylvania, Indiana and Missouri and his opinion regarding the condition of the society in the latter state is forcibly expressed in a letter to an old friend in 1858. At about the beginning of the war Mr. Dewey returned to Vermont and in August, 1862, enlisted and helped to organize Company B. He was appointed first sergeant of that company, which position he held throughout our term of service. According to his descriptive list, he was five feet, 11 inches high, dark complexion, black hair. At first, for some reason, he was not extremely popular with the boys, but we believe that he ever performed the duties of his difficult and responsible position as orderly sergeant of the company faithfully and well and, after a few months his intrinsic worth became manifest more and more and at the last there was not a non-commissioned officer in the company who stood higher in the estimation of his comrades. After the battle of Gettys- burg he wrote his sister, "I am well and in good spirits, have passed through some terrible scenes since I last wrote you, but I came out unharmed for which I trust I am truly thankful to God, for t seems that it was only by a miraculous interposition of Providence that any of us are here. How a regiment could be shelled for six hours as we were and so few injured is to me incomprehensible. God protected us - perhaps in answer to prayer. Throughout the whole time my almost constant prayer was 'God protect us.'" After the regiment was mustered out Comrade Dewey went to Pennsylvania where his family was at the time, and there re-enlisted in the Signal Corps, Oct. 23, 1863. He was sent to Newburn, N. C, January 1st, 1864. Soon after he was placed in command of a signal station at Port Gaston. He was attacked with yellow fever September 26, 1864, and died September 29. Burled In soldier's cemetery, Newburn. His last letter written only two weeks before his death, showed the same patriotic spirit that he ever evinced. He says: "I do think that It looks more like a termination of the war just now than ever before. It does seem to me that it Lincoln Is re-elected the Reb's last hope will be dead, that 'last ditch' will be within 'hailing distance' if they are not already in it. We solders here are all going to vote for Abraham and mean to elect him."