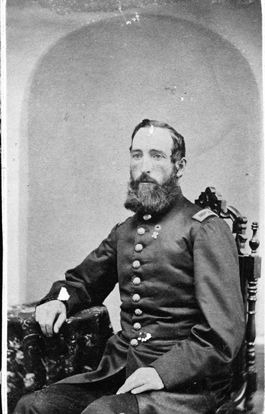 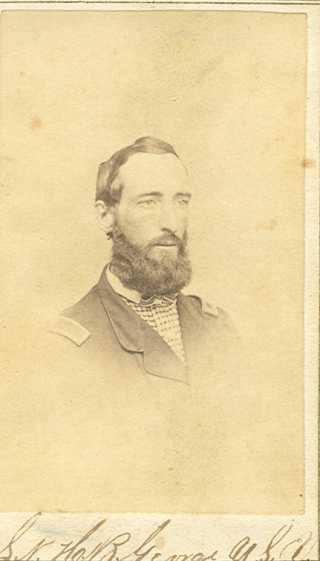 DEATH OF HARRISON B. GEORGE 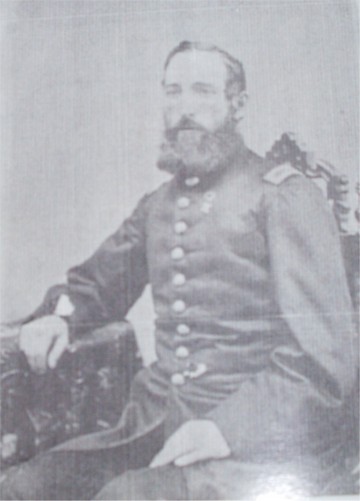 Harrison B. George,an old and much respected resident of this town, passed away last Saturday morning at 12:30 o'clock, after an illnes dating from last January, death being due to hardening of the arteries and acute Brights disease.

Harrison Bingham George was born in Montpelier August 1, 1837, a son of Stephen and Olive (Hodgman) George. Leaving home at an early age in search of adventure, he had a varied career, spending two years at sea, and working in various parts of the country, until 1863, when he enlisted in Co. L, 11th Vermont, heavy artillery, being promoted to different office until on June 26, '65 he was made second Lieutenant, in which capacity he served until the end of the war.

At the close of the war he went to Elmore, where he learned the wheelwright trade, after which he located in Stowe, and entered business for himself.

On Oct. 18, 1866, he was united in marriage to Miss Harriet B., daughter of Fabius and Mary George of Morrisville, and to this union were born three children, Fabius L. of this place, Henry S. of Boston, and Mrs. Anna Fillmore, who died March 19,1904. In 1873 he came to Morrisville, purchasing the residence on Summer Street, where he has since lived.

Besides the two sons above named Mr. George is survived one sister, Mrs George Pember of Randolph, and many friends to mourn his loss.

For many years he was engaged in the pension agency business, and many old veterans, as well as widows and orphans, were aided in receiving the their due. In not a few cases of this kind those who had failed to obtain pensions through other agencies were successful when they turned to him.

He was a charter member of James M. Warner Post, G.A.R., and had filled all the offices of that body. He was a Past Master of Mount Vernon Lodge, F. & A.M., and past high priest of Tucker Chapter R.A.M., and served as district deputy for both orders. Mr. George was one of the oldest members of Mount Vernon Lodge, being made a Mason in 1863. He was an earnest, active, and consistent member, and took great interest in both the Blue Lodge and the Chapter, being almost invariably found at meetings of three bodies. Of him can be truly said that Masonry was his religion and in his daily life he fully lived up to the tenets of the order. In his death the order loses a faithful and honored member.

Those to attend from out of town were to attend the funeral were, Mr. & Mrs. H.S. George of Boston, Mrs. George Pember of Randolph, Mrs Elizabeth and son Herbert of Stowe,and Enos Sherwin of Johnson.