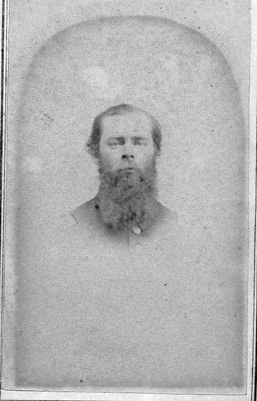 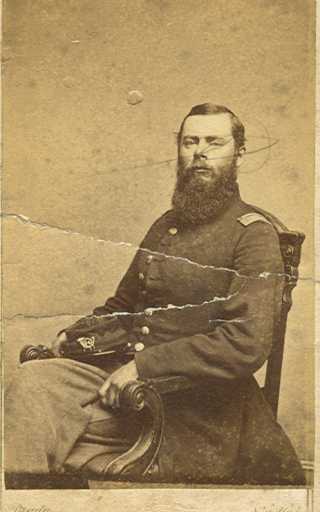 Abell, Charles E., Orwell. Farmer. Born Orwell, May 2, 1836; son of Mason S. and Mary H. (Dickinson) Abell. Educated in the public schools of Orwell, Troy Conference Academy, and Middlebury College, Class of 1861. In 1867 married Mary Jane Root of Orwell. Enlisted as private in Co. H, 5th Vermont Volunteers, Sept. 4, 1861; discharged from service for disability Jan. 20, 1862; reenlisted as captain of Co. D, 14th Vermont Volunteers, Aug. 29, 1862, serving in that capacity until the regiment was mustered out of service July 30, 1863; principal engagement, Gettysburg. In the fall of 1865, occupied the farm at "Abell's Corners," which was cleared by his ancestors, who came to Orwell in 1784, and where he has since been engaged in farming. A Republican; has held most of the elective offices in the gift of the town; represented Orwell in the Legislature 1876; senator from Addison County 1892. A Congregationalist; member Independent Lodge No. 10, F. & A.M., of Orwell; Farmers' Chapter No. 9, R. A. M., of Brandon; Mt. Calvary Commandery No. 1, K. T., of Middlebury.

Capt. Charles E. Abell died at his home Monday night after a short illness with pneumonia. He was a native and lifelong resident of this town and was upwards of 75 years old. The Abell family were among the first settlers of the town and lived on the same farm for several generations. Capt. Abell was graduated from Middlebury college in 1861 and soon after entered the army, serving through the war. He was a prominent farmer and breeder of Merino sheep. He held various offices of trust in the gift of his fellow townsmen, serving in both houses of the General Assembly. He was past master of Independence lodge, F. and A.M., and one of the oldest, if not the oldest members of the lodge. Soon after the war Capt. Abel married Miss Mary J. Root of this town, who survives him. The funeral was held on Thursday afternoon, Rev. John M. Thomas, president of Middlebury college, officiating.