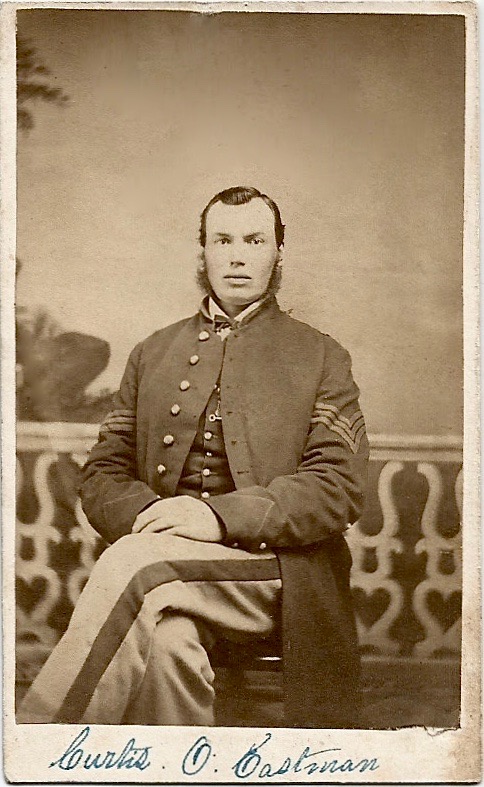 Curtis O. Eastman, for many years a respected citizen of Calais, passed away Dec. 23, after a long illness, and the funeral was held at his late home Tuesday, Dec. 27, W. J. Coates officiating. The services were largely attended by relatives and friends and by members of the Masonic fraternity and G.A.R., in both of which orders he had been an active and interested member. Mr. Eastman was born in Compton, P. Q., in January, 1835, and came to Vermont in early youth, settling in Woodbury. He was one of a family of twelve children – six sons and six daughters- and four of the boys served in Vermont regiments during the Civil War, Curtis being a member of Co. I, 11th Vermont regiment. He was married in September, 1865, to Emma Smith of East Calais, who survives him with four children – Herbert of Worcester, Mass.; Walter G. Of East Calais; Mrs. Kate Kelly of Trenton, N. J.; and Frank of Montpelier. Two children have died, Ethel and Helen (Mrs. Merne Hawkins). A brother, Denison of Topsham, and a sister, Mrs. James Bouldry, of Marshfield, also survive him. Mr. Eastman was a farmer, especially interested in fruit culture. He last served as selectman several years.