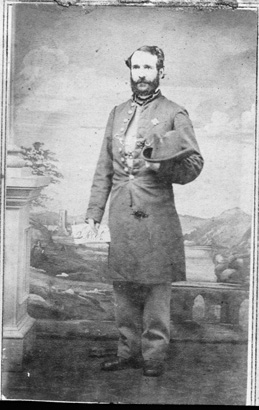 An Aged Larimer County Pioneer is Called by Death

Russell Fisk, for many years a resident of Livermore and Fort Collins, a prominent and well-known citizen and former business man of Larimer county, died at 8:20 p. m. on Tuesday, August 31st, at the family home, 110 South Emerson street, Denver, aged 82 years. Mr. Fish was born March 22, 1827, in Shaftsbury, Vermont, where he spent his youthful days. He was married May 30, 1865, to Miss Martha C. Ranney, at West Townsend, Vermont, who, with four children, Mrs. A. C. Forrester of Taplin, Idaho, James R. Fisk of El Paso, Texas, Mrs. L. H. Bailey of Denver, and Raymond R. Fisk of Boulder, Colorado, survive him. Mr. Fisk enlisted at the outbreak of the civil war in the Second regiment of Vermont volunteer infantry and saw four years' hard service in that memorable struggle.

In 1870 Mr. Fisk and his family came west with the Greeley colony, and located at Greeley, where he remained until 1873, when he moved to Livermore and engaged in the stock business and ranching. Late he opened a hotel and store and was postmaster at Livermore for sixteen years. In 1891 he disposed of his holdings at Livermore and moved his family to this city. Here he engaged in the mercantile business on Jefferson street, in which he continued until about four years ago, when advancing years admonished him to give up active business pursuits and retire from its worries and cares. Shortly afterward he moved to Denver, which city has since been the family home.

Mr. Fisk was a public spirited citizen, a good and obliging friend and neighbor, an active business man in his younger years, an honest and faithful public official and a devoted husband and father. The funeral will be held at the late home of the deceased, 110 S. Emerson street, Denver, Colorado, under the auspices of the Grand Army.

Within the coming two months it is probable that Mrs. Fisk and all of her children will go to El Paso, Texas, to make their future home.