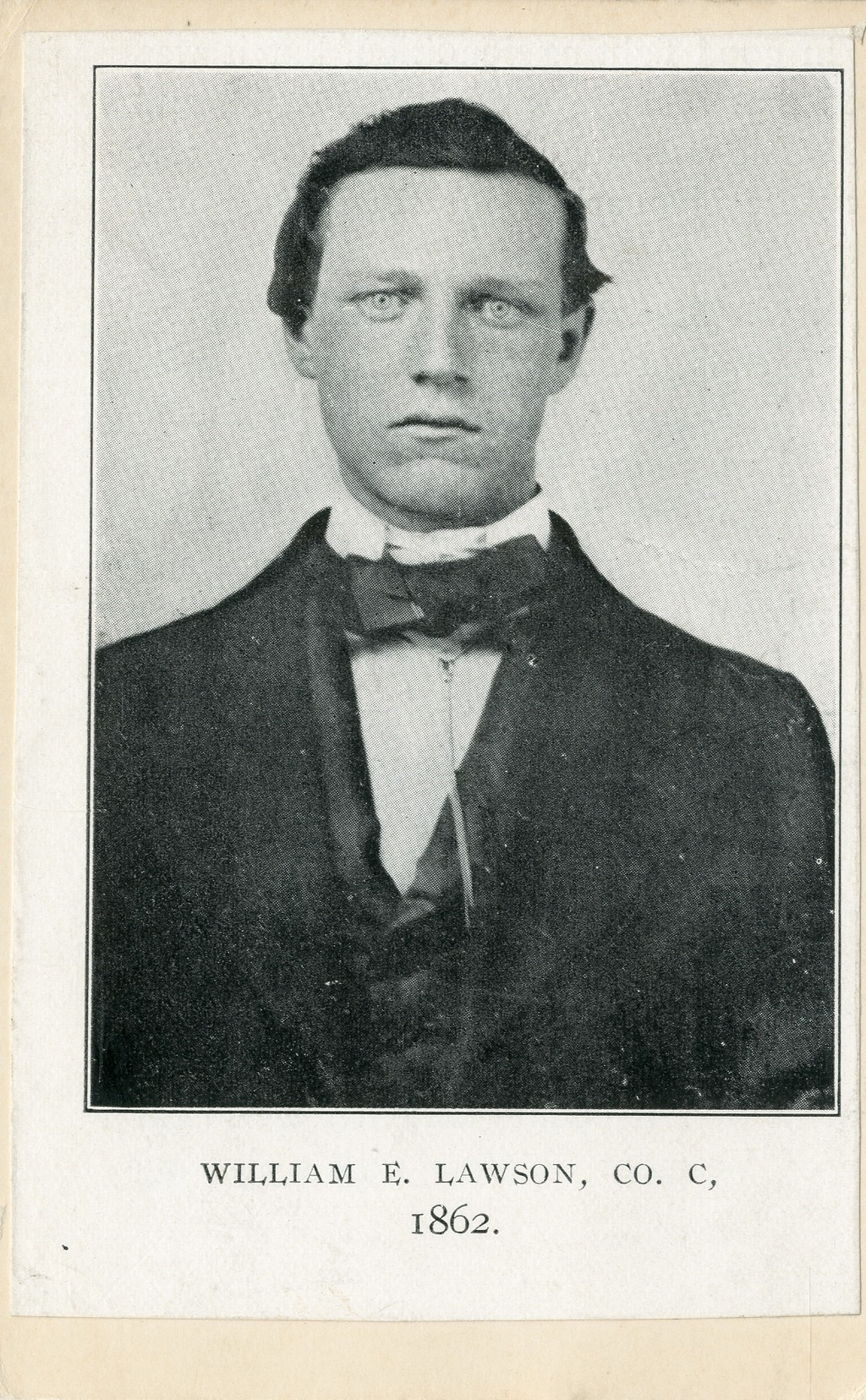 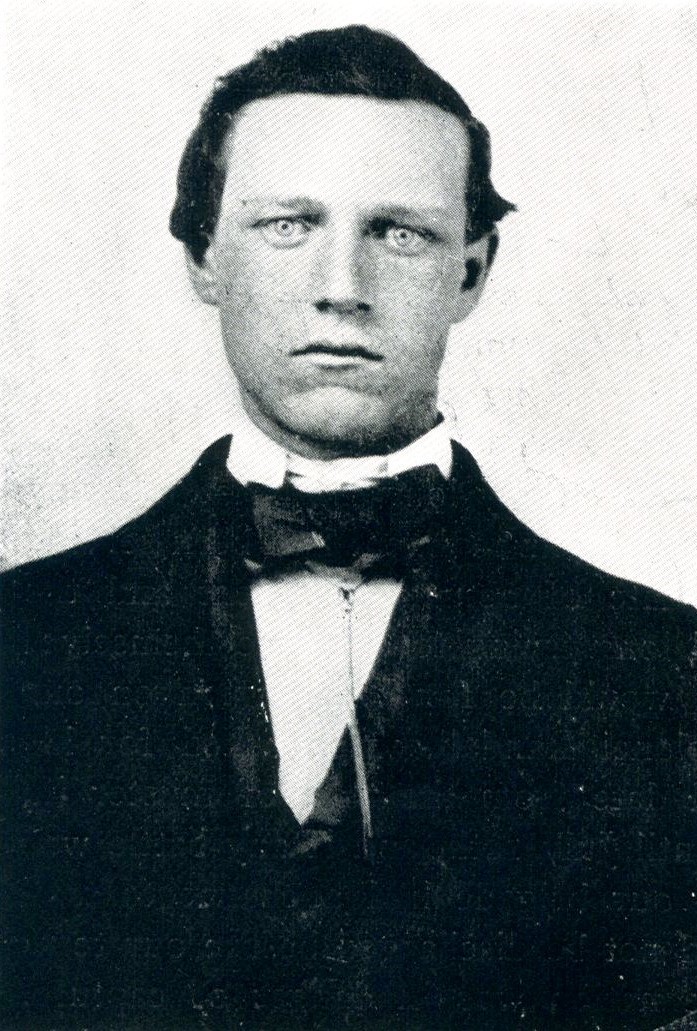 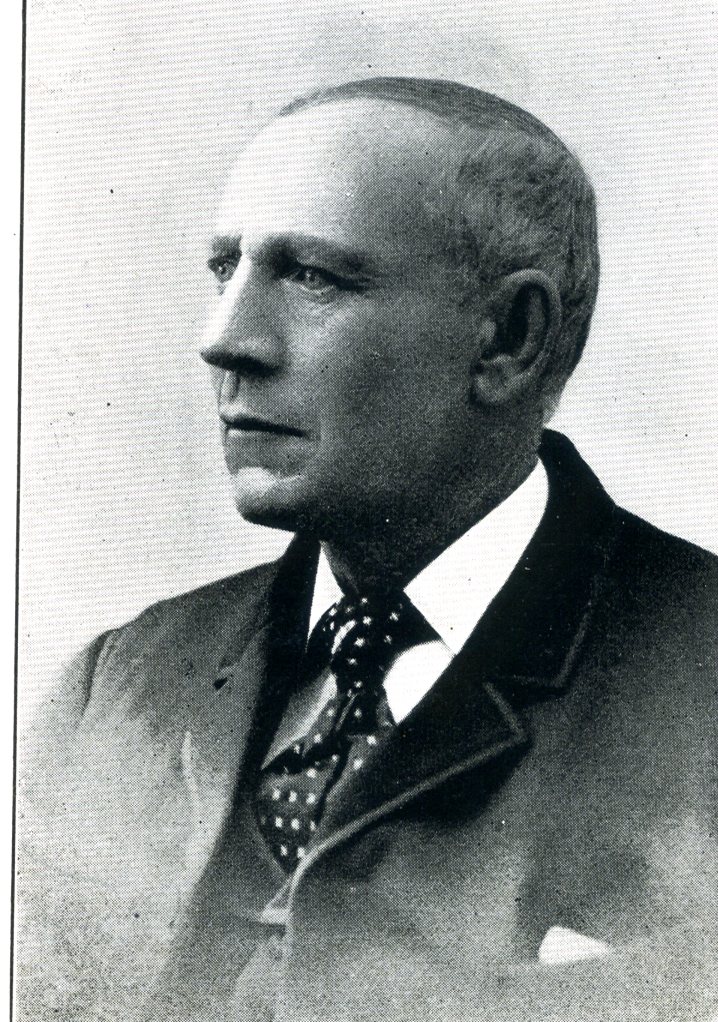 WILLIAM E. LAWSON son of William and Eliza (Marshal) Lawson, was born in East Montpelier, Vt., April 11, 1841; died at Montpelier, October 21, 1904. He enlisted in Company C, 13th Regiment Vermont Volunteers, August 2-6, 1862, receiving his discharge at Brattleboro, July 21, 1863, having served as private during the regiment's term of service. At the time of his enlistment he was 22 years of age, stood six feet one and three-quarters inches In height and had followed the occupation of farmer. His mortal remains now rest in the family lot in the Cutler cemetery in his native town.

February 26, 1868, at Barre, Vt., Mr. Lawson was married to Miss Sarah M. Dodge, eldest daughter of Robert and Alma C. Dodge, of East Montpelier, who survives him. Mr. and Mrs. Lawson never had any children. He was a charter member of Brooks Post No. 13, G.A.R., of Montpelier, holding offices up to and including Senior Vice Commander, and a member of Vermont Lodge No. 2, and Thomas Wildey Encampment No. 11, I. O. O. F. "Ed" Lawson, as he was known among "the boys," to the day of his departure from this life like many of his associates was fond of foraging, rarely missed an opportunity to add a toothsome bit to the regular bill of fare. It is told of him that on one occasion while at Union Mills he was in search of poultry. Geese were scarce - and shy. Somehow "Ed" discovered a small flock in a farm 3'ard, but as the owner was friendly to the Union cause, orders had been given not to molest them. "But if I should be passing and one of those geese should chase me into camp, no harm would come to me?" "Certainly not," said Captain Coburn, than whom no better man ever commanded a company. Late that afternoon "Ed" bethought himself of the days when he caught bull frogs in Sodom pond, and having a fish hook he secured it to one end of a small but exceedingly stout fish line, and baiting the hook with a kernel of corn he cast it among the flock of geese. An instant later a big| white gander had swallowed the hook. Just as "Ed" started to leave the premises, his web-footed game following a few feet behind with outstretched neck, the good woman of the house appeared upon the scene shouting, "Don't be afraid of that old gander, young man; he always chases strangers out of the yard, but he won't bite you." That evening "the goose that chased 'Ed' Lawson into camp" was served "a la Virginia."

His picture will be seen on page 174.

Montpelier, Oct. 21. - William T. Lawson, aged 63, a veteran of the Civil War, died a this home on Prospect st., this morning. Mr. Lawson was a prominent member of the Odd Fellows and of the Grand Army of the Republic. His funeral will be held at 2 o'clock Sunday afternoon at the Unitarian church.