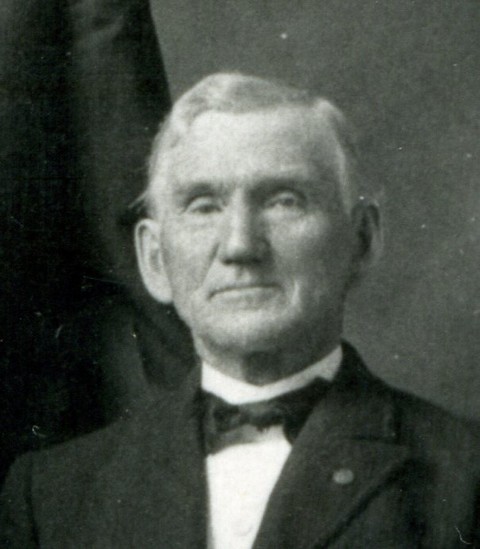 Lewis H. Lynde, 80, who until a few years ago was one of the best known farmers making almost daily trips to this village, died about 7:30 o'clock last evening in his home in Dummerston of complications due to his advanced age. He had a serious illness six years ago, which left him in a weakened condition. About a year ago he made his last trip to Brattleboro, and he had not been off the farm since then, and since the middle of August he had been confined to his bed.

Mr. Lynde lived on the so-called swamp road north of the Crosby pond, four miles from this village, and there he and Mrs. Lynde observed their golden wedding anniversary Dec 29, 1914. Until his health failed he was a constant reader of daily newspapers and kept in touch with affairs in this country and abroad. He comprehended what he read, so that he was able to carry on conversation and maintain his side of an argument in a great variety of subjects with men of prominence.

He was a staunch Republican and before the last presidential election he expressed the hope that he might live to see Senator Harding elected president. Members of the family kept him informed of what was going on, and he retained his mind and continued to be interested in world affairs up to the time of his death. Funeral services will be held in the home at 2 o'clock Wednesday afternoon, Rev. Dr. H. P. Woodin, pastor of the Centre Congregational church, officiating. The burial will take place in Locust Ridge cemetery in Brattleboro.

Mr. Lynde was born in Guilford Sept. 21, 1840, the youngest son of Daniel and Tamson (McClure) Lynde. He was the last survivor of a family of 11 children. He lived in Guilford and in Massachusetts in early life and then returned to Vermont. He was mustered into the United States service Sept. 21, 1861, at Brattleboro and served three years in the Civil war. in Company F, 4th Vermont Regiment. He was in the battles of Lee's Mills, Williamsburg, Golden's Farm, Savage Station, White Oak Swamp, Crampton's Pass, Antietam, Fredericksburg, Marye's Heights, Salem Church, Banks Ford, Gettysburg, Rappahannock Station, and Wilderness.

He was wounded in the battle of the Wilderness May 3, 1864 and a bullet which he carried in one elbow at the time of his death was a badge of his honorable discharge. He was promoted corporal Oct. 29, 1862 and promoted sergeant in 1863. On Sept. 10, 1864 he was discharged at Brattleboro by the late Col. William Austine, who was then major.

On Aug. 29, 1864 Mr Lynde married Emma R. Gates, youngest daughter of Martin and Rebecca French (Winslow) Gates. She was a native of Dummerston. In 1867 they bought the farm which has since been their home.

He was a charter member of Evening Star Grange of Dummerston, and for many years took an active part in the work of the order. He had held numerous town offices including selectman, overseer of the poor, constable, tax collector, school director, town agent town treasurer, justice of the peace, and grand juror. He represented Dummerston in the legislature in 1882 and 1894. His natural inclination was toward legal matters, but to all his public duties he gave careful and painstaking attention.

Mr. Lynde leaves his wife and six children. The children are Ida E., wife of H.D. Blood, a Dummerston farmer, Miss Etta S., formerly a nurse in North Wilbraham, Mass., who has been at home the past three years; Everett H., who is employed by the city of Minneapolis and who has been visiting at home a short time; Hugh G., engineer with the New York Telephone Co. in Newark, N.J. Guy G., who has worked on the home farm several years; and Perley H., who owns a farm in Guilford.

Brattleboro, Dec. 27 - Lewis H. Lynde, 80, died last evening at 7:30 o'clock in his home at Dummerston of senility. Mr. Lynde had a severe illness some five years ago, from which he never fully recovered. He was one of the best-known farmers in this vicinity, and for many years made daily trips to Brattleboro with his produce.

Mr. Lynde was born in Guilford, September 21,1840, the son of Daniel and Tamson McClure Lynde and was the last survivor of a family of 11 children. He attended the public schools of his native town, lived in Massachusetts for a time, and then returned to Vermont. He was a veteran of the civil war, being mustered into service September 21, 1861, and serving three years with Co.F, 4th Vermont regiment. He was in the battle of Lee's Mills, Williamsburg, Savage Station, White Oak Swamp, Antietam, Fredericksburg, Salen Church, Gettysburg, Rappahannock Station, the Wilderness and several other battles. He was wounded in the battle of the Wilderness. October 20, 1862, he was promoted to corporal and in 1863 he was made sergeant. He was discharged at Brattleboro, September 10, 1864. Mr. Lynde married Emma R. Gates of Dummerston, August 20, 1864, and in 1867 they bought the farm upon which they have since resided.

Mr. Lynde was a charter member of the Evening Star grange and had held various town offices, including selectman, overseer of the poor, constable, tax collector, school director, town agent, town treasurer, justice of the peace and grand juror, and represented the town of Dummerston in the Vermont Legislature in1882 and 1884. He is survived by his widow and six children, Mrs. Henry D. Blood of Dummerston, Miss Etta S. Lynde of Dummerston, who was formerly a nurse in North Wilbraham, Mass.; Everett H. of Minneapolis, Hugh G. of Newark, N.J., Perley H. of Guilford and Guy G. Lynde, who lives at home. The funeral will be held Wednesday afternoon at the home at 2.