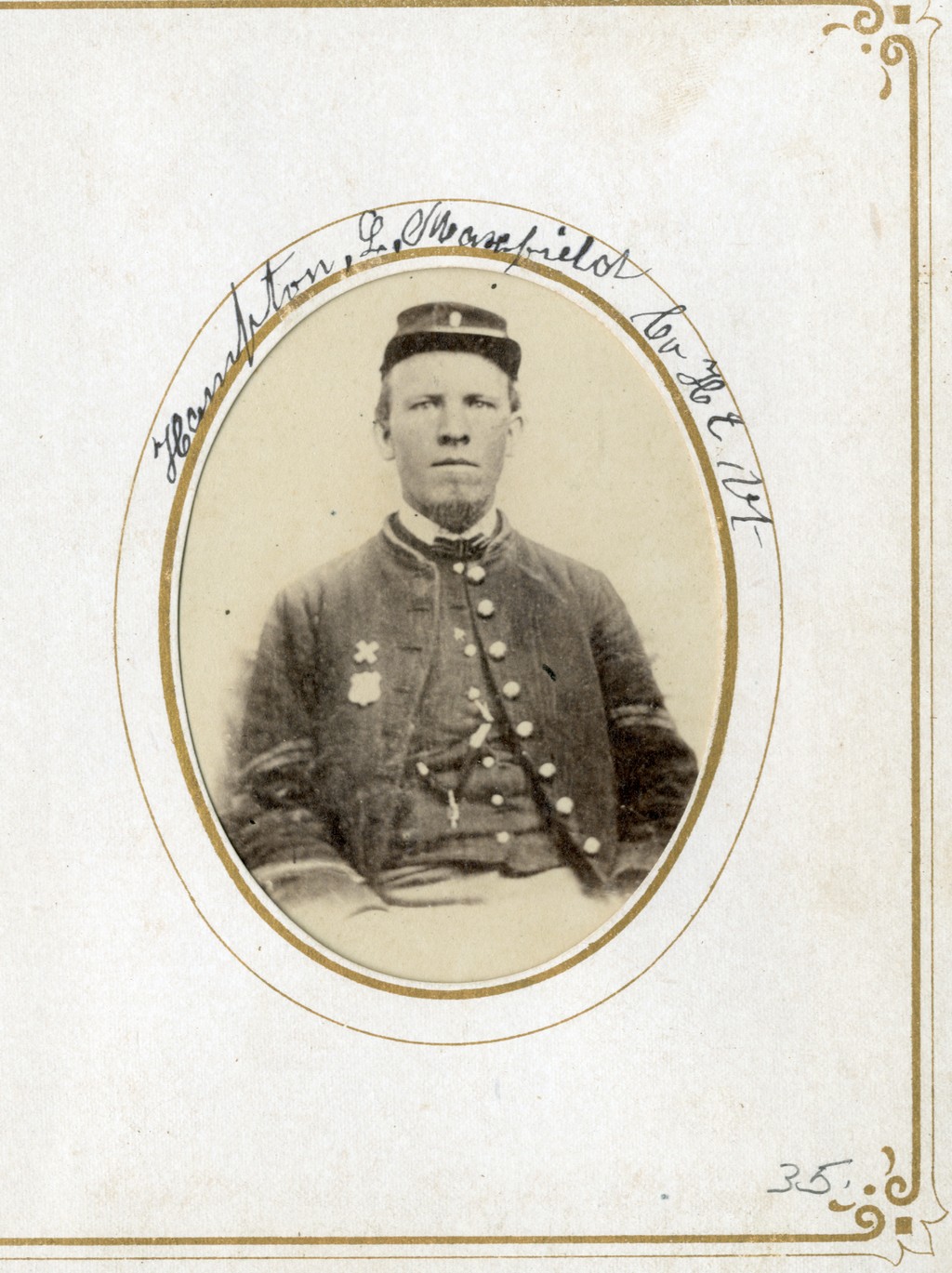 MAXFIELD, Hampton L., son of Harry and Abigail (Bishop) Maxfield, was born in Fairfax, September 2, 1836. His education was completed at the New Hampton Institute. When the tocsin of war resounded

"He left the plowshare in the mold,
The flocks and herds without a fold."

to respond to his country's call. He was mustered into the United States service June 20, 1861 as a member of Company H, Second Vermont Regiment. He shared the fortunes of the senior regiment of the"Old Brigade" from the First Bull Run, including the Peninsular campaign and Grant's last advance on Richmond, and participated in a score of battles and skirmishes. He was wounded at the charge of Marye's Heights, and again at Wilderness, when for two months he was disabled and in the hospital. At the Wilderness he left his Springfield musket on the field, which fell into the hands of the Confederates. The name, company and regiment of the owner was carved on the gun, which 11 months later was brought back to the regiment by a squad of deserters.

Returning to his native town, Mr. Maxfield married, in October, 1866, Ermina A. McClellan of Cambridge. They farmed in various towns in this section until 1899, when they located in their present home in Fletcher.

They have three children: Lottie married O. H. Gome of Fletcher; Arthur A. Maxfield, an electrician, married Ida M. Rush, and resides in Somerville, Massachusetts, and with him resides Cora F., his youngest sister.

Hampton L. Maxfield is an esteemed member of Cambridge Post, No. 10, G.A.R., and Mrs. Maxfield of Green Mountain Relief Corps, No. 53, Department of Vermont. Mr. Maxfield was a brave and faithful soldiers and is a good type of the "Green Mountain Boys of '61."

Hampton L. Maxfield, 82, a veteran of the Civil war, died Dec. 11, at his home in Bennington after a long period of failing health.