Rank and Organization: Captain, Co. H, 5th Vermont Infantry.
Place and date: Petersburg, VA, 2 Apr 1865.
Entered service at: Windham.
Born: 5 May 1845, Windham.
Died: 5 Dec 1916.
Buried: Windham Center Cemetery, Windham, VT
Date of Issue: 30 Jul 1890.
Citation: Among the first to mount the enemy's works in the assault, he received a serious bayonet wound in the face, was struck several times with clubbed muskets, but bravely stood his ground, and with his sword killed the man who bayoneted him. 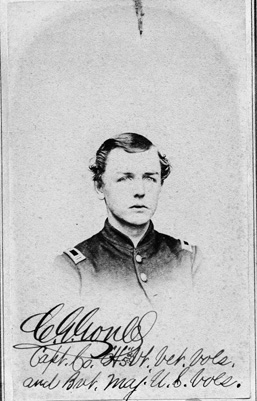 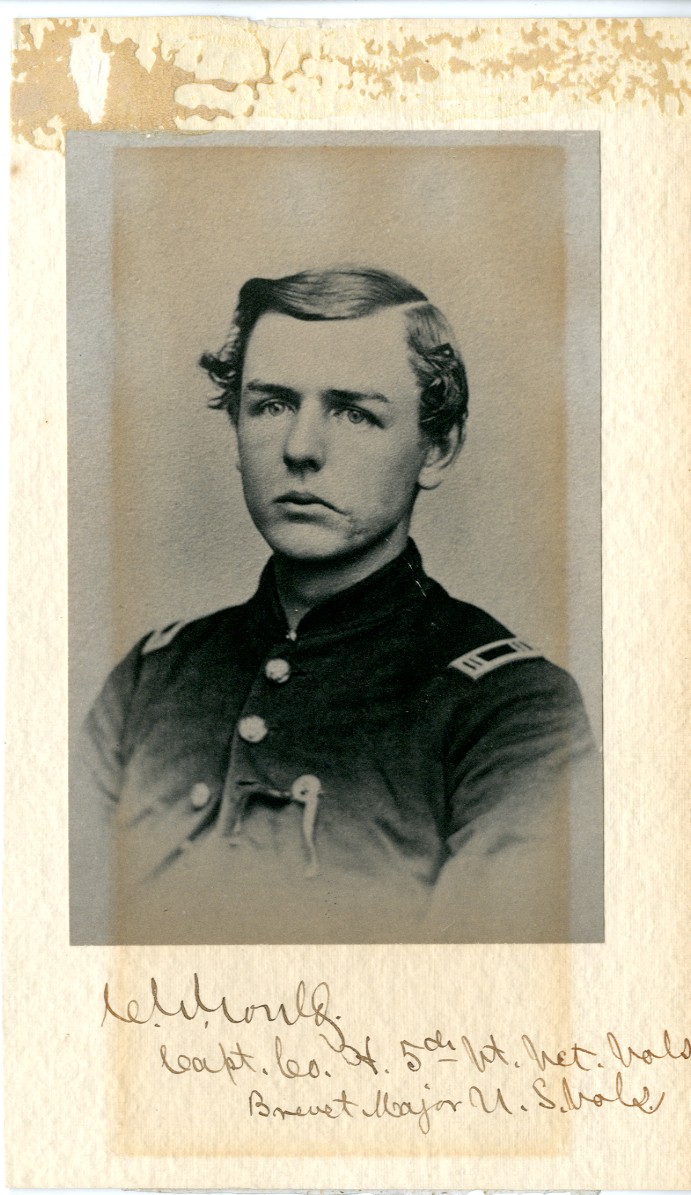 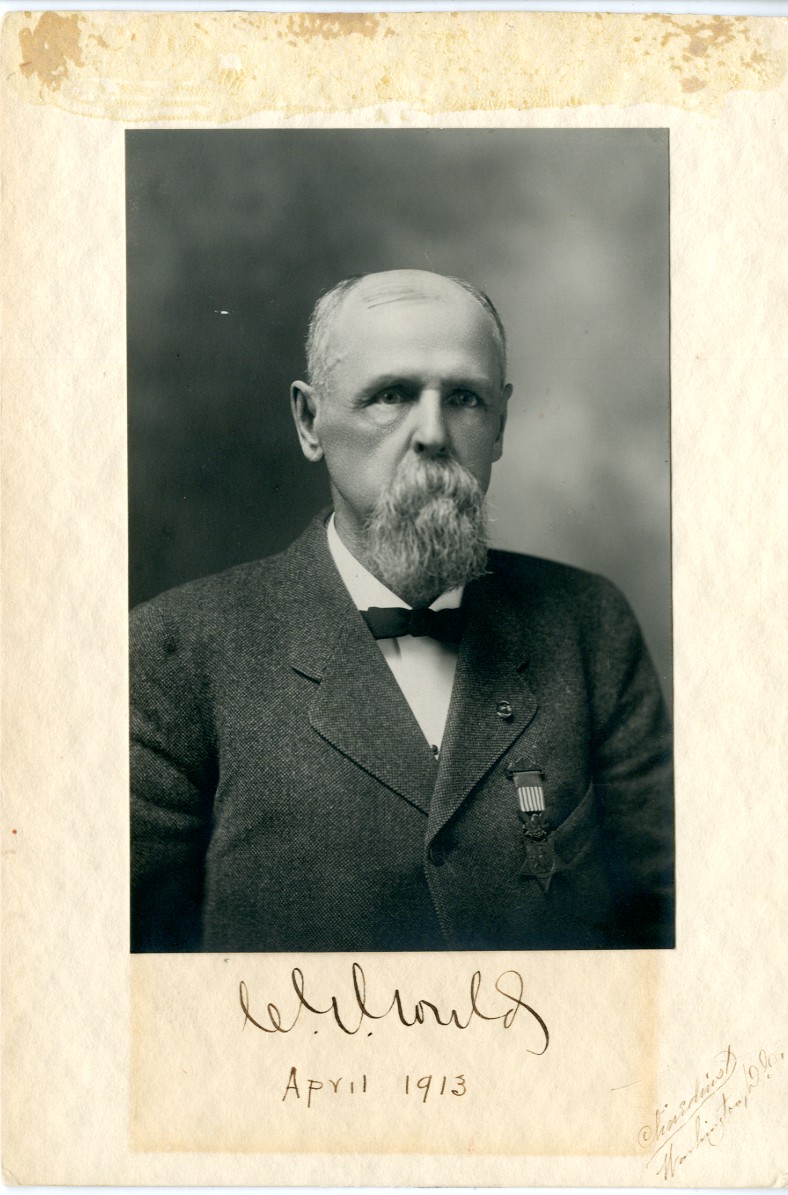 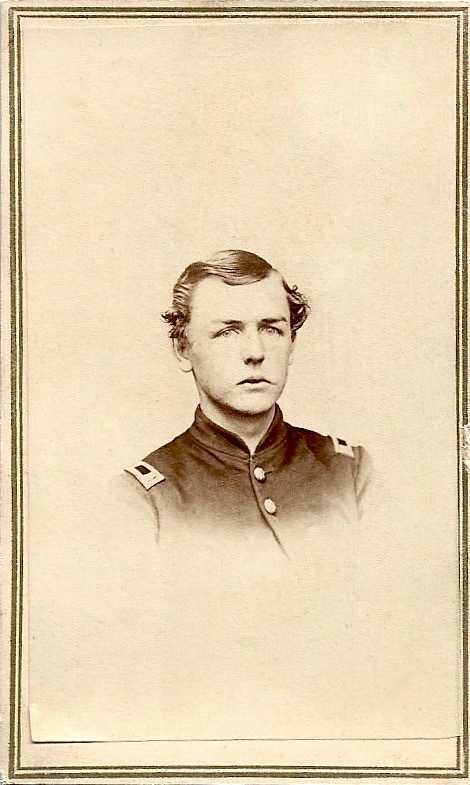 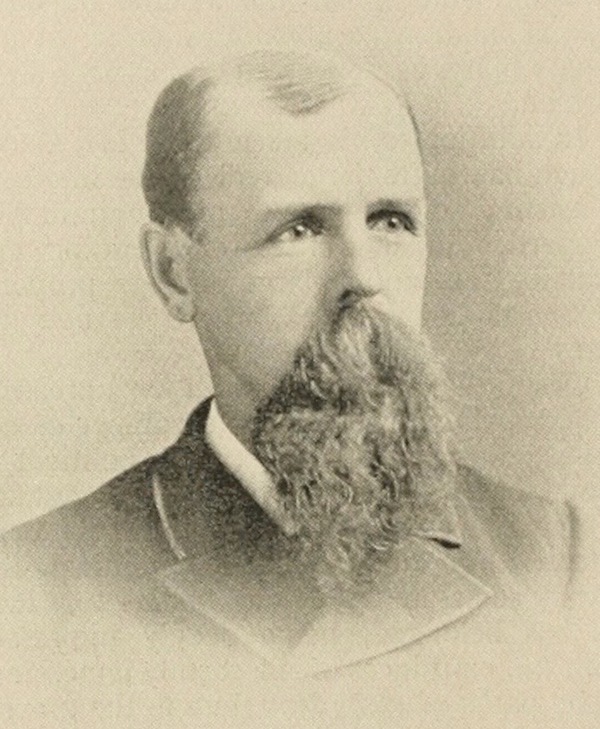 He attended the common schools in his native town until eighteen years of age, when he entered the volunteer army of the United States in the war for the suppression of the rebellion, his subsequent education having been received from private tutors and in the Columbian University at Washington, D. C.

Being disabled from pursuing the more active avocations of life when discharged from the army, he accepted a clerkship in the United States Pension Office at Washington, D. C., in January, 1866, and after serving in various grades and capacities in that office until October, 1871, he resigned therefrom to accept the position of chief clerk in the office of the Water Registrar for the District of Columbia, from which he resigned on account of ill-health in 1874.

In politics he has always been a Republican, but has never been a candidate for any political office.

He is a member of West River Lodge, No. 57, F. & A.M., of Londonderry, and of Columbia R. A. Chapter, No. 3, and Washington Commandery, No. 1, K. T., of Washington, D. C., and of the Commandery of the District of Columbia, in the Military Order of the Loyal Legion of the United States, but has always declined office in any of these organizations. He was a member of the G.A.R. from October, 1866, until 1872, in which organization he held the offices of post adjutant, assistant adjutant general of the Department of the Potomac and aid-de-camp on the staff of the commander-in-chief.

He was married Oct. 1, 1871, to Ella Cobb, daughter of Hon. William and Mary D. (Cobb) Harris, of Windham. Two daughters, Myra Harris, and Ella, were born of this union, but neither wife nor daughters survive. He was again united in marriage Sept. 12, 1893, to Frances Lucy, daughter of Gen. George F. and Ada R. (Cobb) Davis, of Cavendish.

Maj. Charles Gilbert Gould, who retired as a principal examiner in the patent office in Washington early in the past spring after a service there of 32 years, congressional medal of honor man, and former chief clerk in the office of the water registrar of the District of Columbia, died at his home in Cavendish Wednesday December 6, was 73 years old. His death was caused by arterial trouble.

Funeral services were held at the family residence. The interment took place in Windham, his birthplace.

After attending the schools of Windham until he was 18 years old, Major Gould went to Washington, D. C. and studied under… and at Columbia College, now George Washington University. In 1862 he enlisted in the Union army with the 11th Vermont Volunteers and was made a corporal in 1863. He was advanced through the grade to that of a captain in 1864 and April 2, 1865, the day he was severely wounded at the battle of Petersburg, Va., where he was brevetted a major.

This recognition came as he was being officially reported as the first one in the assaulting column to enter the Confederate works. He received a saber wound on the head in this engagement, was bayoneted in the face, and then received a second bayonet wound in the back. He also was severely beaten with clubbed muskets.

Being disabled from pursuing more active vocations, Major Gould accepted a clerkship in the pension office in 1866, resigning in 1871 to become chief clerk in the District of Columbia water registrar's office. The last-named position he relinquished in 1874 on account of ill health.

He was a member of Columbia Chapter, No. 1, Royal Arch Masons and Washington Commandery, No. 1, Knights Templar, of Washington, also of the District Commandery of the Military Order of the Loyal Legion. He also was affiliated with the G.A.R.., having at one time been assistant adjutant general of the Department of the Potomac. He was a member of West River Lodge, No. 57, F. A.M. of Londonderry.

Major Gilbert was twice married. His first wife was Miss Ella Cobb, of Windham, who died some years ago. Two daughters of this marriage also are deceased.