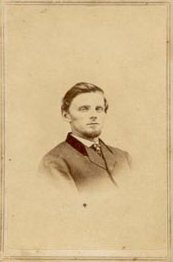 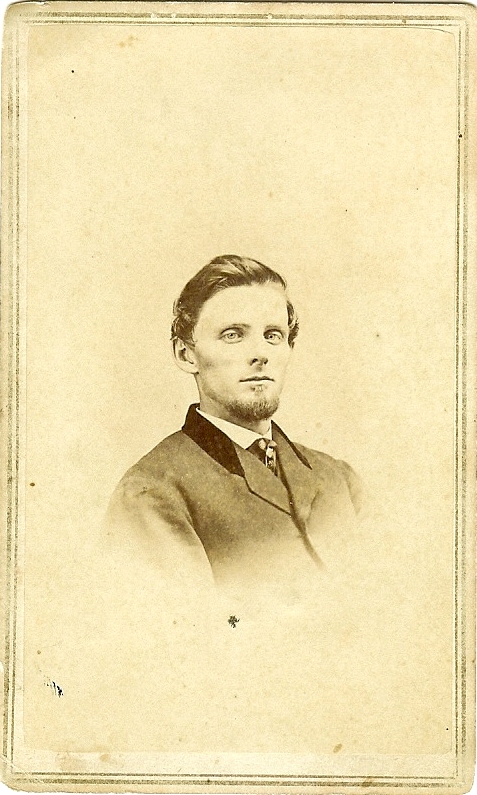 Iowa City Citizen (Iowa City, IA)
Tuesday - 2 Sep 1919
Death Called Eugene Paine Aged Pioneer - Civil War Veteran was in Business Here More Than 51 Years
Death called Eugene Paine at 7:15 Sunday morning after he had passed more than eighty years of usefulness, fifty-one years of which was spent in business in this city.
Saturday a week ago he was stricken while out riding in the evening and then became better, but a few days later became ill again and was taken to a local hospital where the end came Sunday morning. It was evident for several days that he could not long survive.
Funeral services will be held at the late home, 430 South Clinton Street at 4 p.m. Wednesday. All friends are invited and a special request is extended to all old soldiers and members of the G.A.R. to be present.
Mr. Paine was eighty year of age the 6th day of last March, he having been born in Brookfield, Vt., in the year 1839, the son of Noah and Lydia Ann Weatherly Paine. After serving most conspicuously with the Vermont soldiers in the Civil war he came west and made his home in this city, where he has resided during the whole of his useful and busy life for more than fifty-one years.
In 1874 he returned to the Green Mountain state where he was married to Miss Olivia Brockway, in Virginia, July 6 of that year. For forty-four years the couple trod the pathway of life together until on March 12, 1918, the wife was called.
Mr. Paine did conspicuous and valuable service for the Union during the Civil war and was one of the famous Green Mountain marksmen of Company F, sharpshooters, Berdans Vermont volunteers.
Mr. Paine was modest about his war record but he was a gallant follower of the flag and defender of the Union, being continuously under fire for a period of eighty-two days and during his activity was wounded twice.
Mr. Paine entered the coal business in this city immediately after locating here and remained in that business and was more or less active until the last. During the early days he was associated with his cousin, S.E. Paine, one time mayor of Iowa City, and later continued the business alone.
Mr. Paine was prominent and active in politics, his council and advice being freely sought as a leader and counselor. He was an active member of the Unitarian church.
Surviving are his son, C.O. Paine, now a member of the city council, and one daughter, Mrs. Sarah Olivia Paine Hoffman, a teacher in the Iowa City high school. Also one brother, Frank N. Paine, of Greeley, Colo.
With the passing of this aged and worthy man the community losses one of its much beloved, substantial and worth-while citizens.
Courtesy of Erik Hinckley.