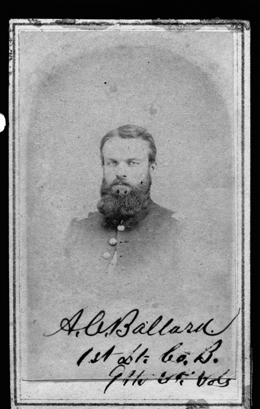 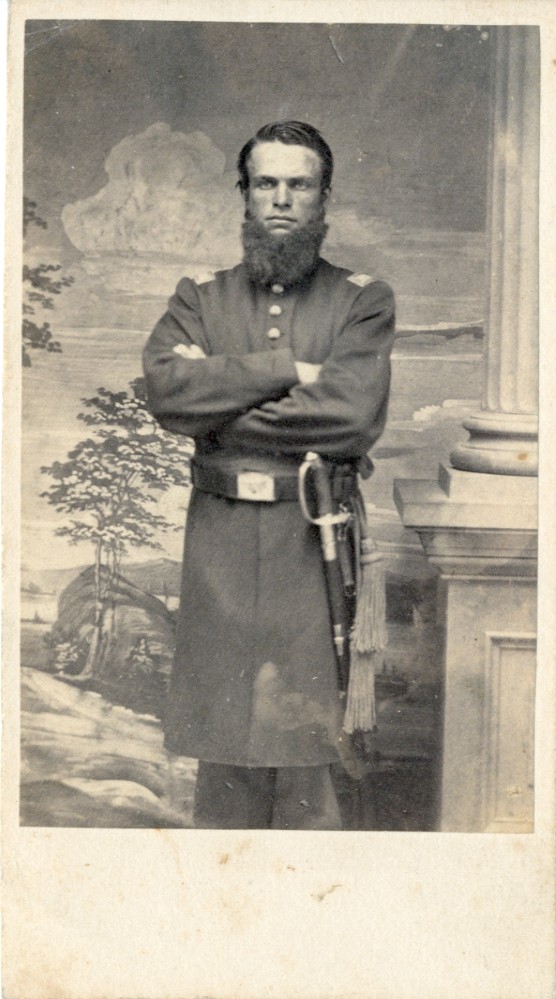 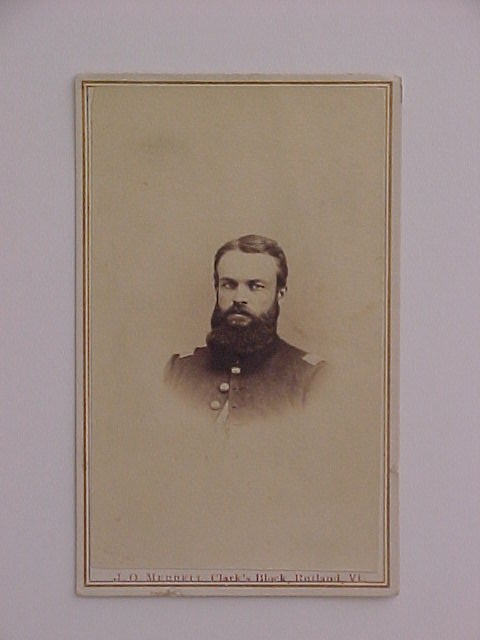 Was born in Tinmouth, Vt., 11 April 1834, the son of Jeffrey and Clarissa (Thompson) Ballard. He fitted for college at Castleton seminary and entered the sophomore class of the University in 1856, completing his course in three years. The next two years he taught the academy at Clarence, N.Y. In 1862 he assisted in raising a company for the 9th regiment Vermont volunteers was commissioned as lieutenant 20 June 1862, and served till 27 June 1864, when he received an honorable discharge on account of disability contracted in the army. He then entered the Albany law school, graduated in 1865, and soon after commenced the practice of his profession at Winooski, Vt., where he resided till his death.

Mr. Ballard was a brave and faithful soldier and a public spirited citizen. His character was positive and earnest to an unusual degree. He was an honorable counsellor and an active Christian man. His health never fully recovered from the effects of army life, and the disease about three years before his death developed into consumption, from which he died 28 November 1874.

He was married 2 July 1868 to Lettie E. Burdick of Winooski, Vt., but left no children.

Source: University of Vermont Obituary Record, Compiled by a Committee of the Associate Alumni, No. 1, Burlingtom, 1895, page 120.
Courtesy of Deanna French.

Alfred Cowles Ballard, Esq., of Winooski, a member of the Chittenden county bar, died on Saturday evening last, of consumption, superinduced by exposure and hardship in the service during the war. Mr. Ballard was born in Tinmouth, April 11, 1834 and was graduated at the U. V. M. In 1859 and at the Albany Law School in 1865. He served two years as a lieutenant in the 9th Vt. And was a brave and faithful soldier. As a lawyer he was industrious, pains-taking, conscientious and honest. He was an earnest temperance man, a member of the Congregational church, and active in all good works. A widow but no children, his mother, two brothers, Henry Ballard Esq. Of Burlington and Charles R. Ballard of North Easton, Mass., survive him. The last named speaks of his thus, and by some well put resolutions the Chittenden county bar have emphasized the tribute:

I recall thy busy youth, brother,
Thy labors, so faithful all;
Thy strict adherence to the truth,
No matter what might befall;
The right, from which thou ne'er could'st swerve,
Thy words, well-weighed and just;
And the tribute of him thou long didst serve.
"He never betrayed a trust."