Rank and Organization: Private, Co. F, 1st U.S. Sharpshooters.
Place and date: Near Blackburn's Ford, VA, 19 Sep 1862.
Entered service at: Brookfield.
Born: 3 Mar 1842, Brookfield.
Died: 12 Jul 1913.
Buried: New Cemetery, Brookfield, VT
Date of Issue: 12 Oct 1892.
Citation: Took command of such soldiers as he could get and attacked and captured a Confederate battery of 4 guns. Also, while on a reconnaissance, overtook and captured a Confederate soldier. 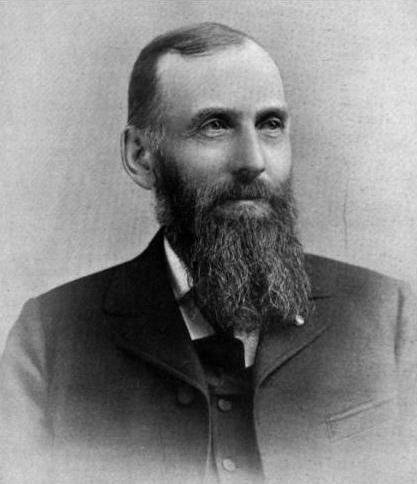 The death of the Hon. Cassius Peck takes from among us a Vermonter of the old, rock-maple type, Shrewd, dryly humorous, big-hearted, straight as a string with a New England conscience and a Yankee's inborn sagacity he represented for years in the University of Vermont that element of practical sagacity which is necessary even in an institution of higher learning. He knew Vermont farmers because he was one of them. He knew Vermont legislators because he had served three terms in the Vermont legislature, one on the Senate and two in the House. He was a man for whom Senator Proctor cherished a warm affection, and in whom our late President Buckham found a trusty and helpful advisor.

Cassius Peck had the gift of human wisdom, sometimes mistakenly called "horse sense," which singles men out without regard to education or condition and makes them great in council. President Buckham recognized in this man something of use to supplement his own fine powers and rare accomplishments. During some of the hard years when the late president was building up the university to its present independent position, insisting always on sound methods and farsighted plans, no man was closer to his counsels than this shrewd, sensible son of our Green mountains. He knew little about the science of pedagogy, and philalogy did not interest him. But of a professor were to be added to the teaching staff President Buckham would call in Mr. Peck, and thought he might not have much to say about the quality of the applicant's Greek, he could make some very pertinent guesses as to the character and quality of the man.

President Buckham loved to relate how on one occasion the whole faculty, incensed at the circulation by an irresponsible fellow of untruthful and malicious stories about the university, had resolved themselves into a kind of indignation meeting. After one professor had advised writing to the newspapers and another refuting the lies, and still another had avowed that the man deserved to be shown up somehow, the president said, "Mr. Peck, what would you do?" Mr. Peck gave the question a moment's consideration and then drawled out his reply: - "You know, Mr. President, I never yet made much by kicking a skunk." The whole faculty ultimately decided that it would be the part of wisdom to accept Mr. Peck's suggestion.

Cassius Peck was a Vermonter among Vermonters. Wide, without frills and good without pretentiousness, he was the rare kind of man who is always worth while in a community. When Vermont ceases to produce men of this kind, it will no longer be Vermont. - Burlington Free Press.