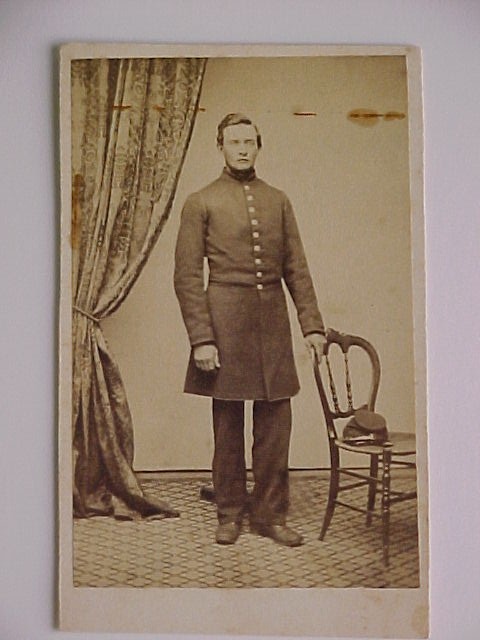 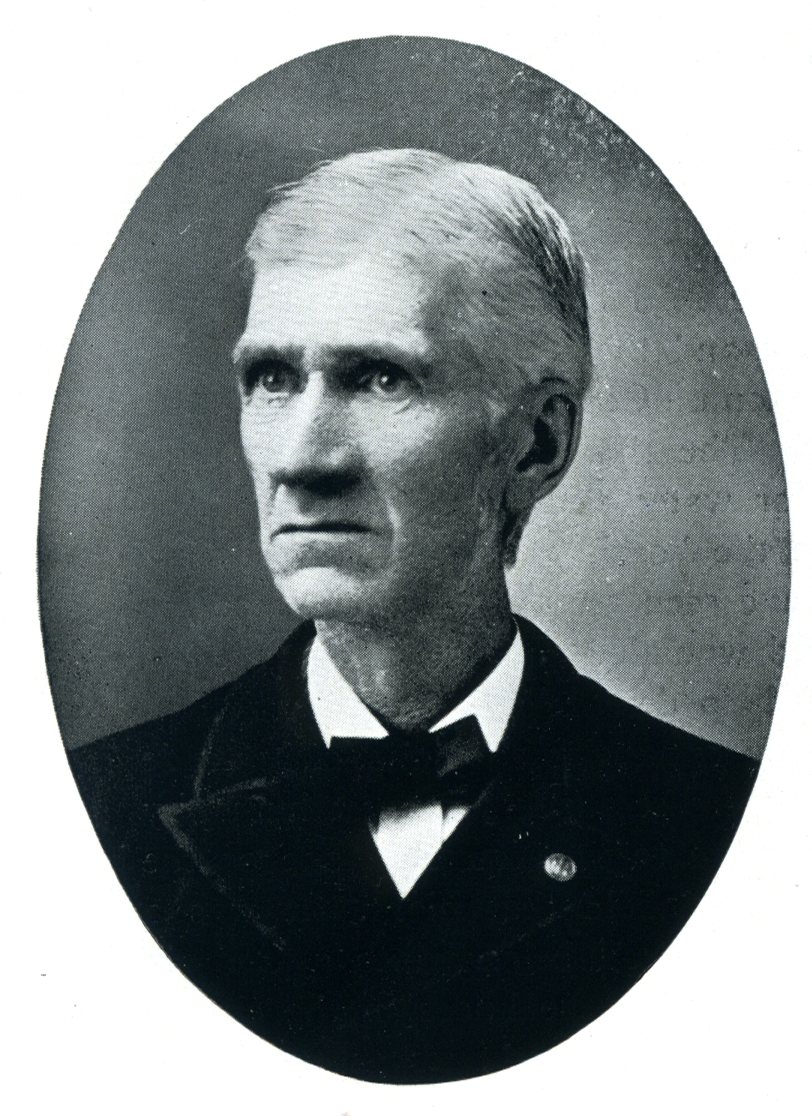 Son of Moses and Sylva (Scribner) Peck, was born at Jericho Center, Vt., September 22, 1844, lineal descendant of the eighth generation of Joseph Peck, who came from England and settled at New Haven, Conn., about 1638. My parents died early leaving me under the care of a guardian. Attended the schools of my native town. On or about August 14, 1S62, on a pleasant afternoon, fresh from making hay, I walked over to the Corners to attend a war meeting in the old brick church, where seven of us volunteered and signed our names as directed by the selectmen, as they had not received the enlistment rolls, we being the first to volunteer under this call, but we had a long wait to September 10, 1862, when I became a private of Company F, 13th Vt. Vol. Inf., and was mustered into the service October 10, 1862. During my service with the company I feel very grateful that I was able to promptly take rations, answer roll call, respond for duty at all times and that I never of my own option, was introduced to, or excused from duty by a surgeon. Took part in repulse of Stuart's cavalry (Dumfrie's Raid) December 28, 1862, at Fairfax Court House, Va. Soon after entering the rifle pits, 20 men volunteered from the company for the skirmish line under Captain Yale, but were ordered back when out a short distance for fear of our being captured. Upon our return Colonel Randall ordered a portion of the squad to support the 2 gun section of the battery on the south side of the pike. But only Private) Southwick and myself did so. At the time the fires were built by the rebels on the lake quite a dispute occurred between us as to the direction the enemy was going. Soon after the section of the battery ceased firing, another wordy scrap occurred as to colored lights up in the air west of us. General Stoughton and Colonel Randall took part in settling the disputes. Stuart's cavalry went north and the colored lights were signal lights put up by rebel sympathizers back in the village. The company went into quarters about 5 o'clock a. m., of the 29th. At 7 o'clock a. m., the company was called out for roll call to go to Centreville. While waiting for my name to be called, two small volleys were fired into the company from a road in the woods at our right and rear. I was knocked over and rendered unconscious by the bullets that hit me in the left breast causing my being taken to the surgeon's tent in a dazed condition by Sergeants Fay and Ellis, and to the regimental hospital on the morning of December 30, 1862, by Privates Henry and Samuel York. I know nothing about having any care or treatment by any person while in the hospital tent. War Department records show that I was admitted to the "Regimental Hospital, brick hotel building, Fairfax Court House, Va., January 2, 1863, and treated without diagnosis;" "January 3, diagnosis, fever;" and then "typhoid malarial fever;" "typhoid malaria;" "cerebro spinal meningitis;" and "spinal meningitis." Finally discharged from the service at Occoquan, Va., April 6, 1863, and from "Fairfax Seminary General Hospital," April 13, 1863, on "surgeon's certificate of disability from chronic spinal meningitis." As soon as able, May 18, 1863, I entered the Classical Institute at Essex Center, Vt. Attended school one year here. Taught school three winter terms, working on a farm summers. Studied medicine 18 months, including a term in the Department of Medicine, University of Vermont, session of 1865. On account of ill health went into the building business at St. Albans in 1869. Removed to Burlington in the fall of 1875. Entered the custom service September, 1899, and served to November, 1893. An officer of Stannard Post, G.A.R., from September 22, 1878, to January 14, 1910. Senior Vice-Commander, May, 1909, and have held several other offices, Department of Vermont, G.A.R. Elected secretary of the 13th Vermont Regimental Association June 26, 1907. Married in this city in 1865; wife and daughter now living here. Unemployed at the present time by reason of chronic spinal meningitis, disease of heart and respiratory organs of service origin. Residence, Burlington, Vt.

Bennington - Eli N. Peck, civil war veteran, died at the soldiers' Home Saturday at the age of 78. He was a native of Jericho. He was a member of Co. F, 13th Vt. Infantry.