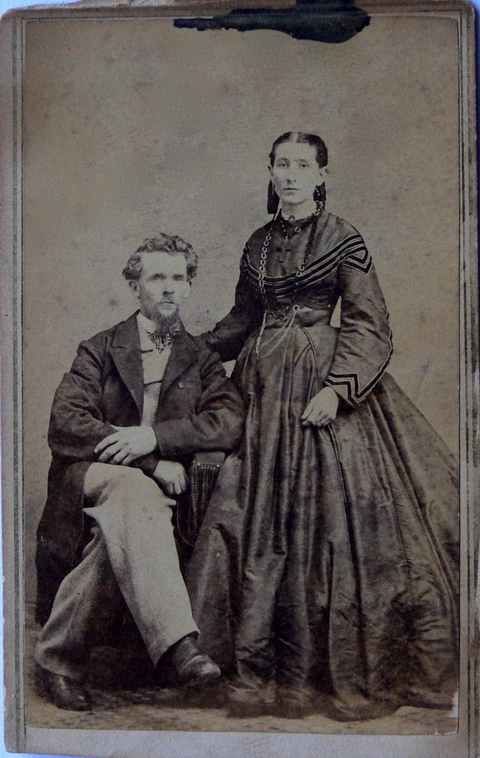 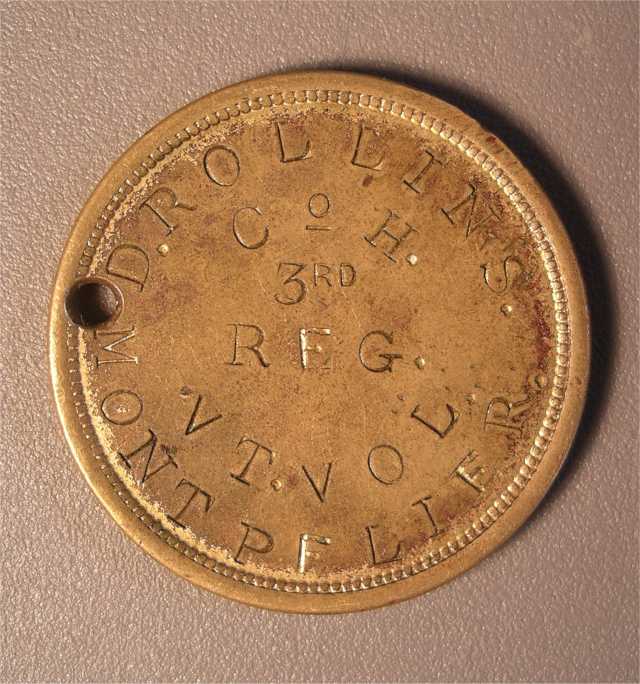 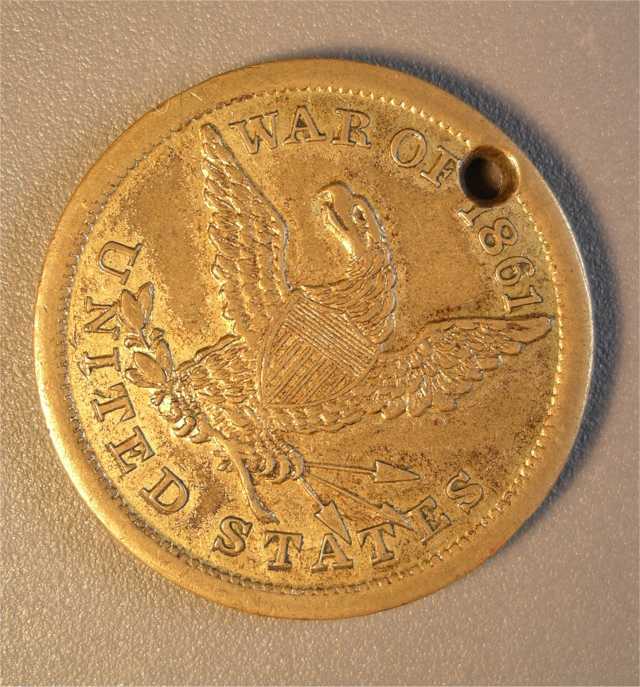 SPECIAL TO THE WASHINGTON TIMES

Every day people drive north and south on Glebe Road in Arlington. Not many know that they may be passing one of the forts that was built in the fall of 1861 to defend Washington and the Chain Bridge.

If they are driving north and were to turn off on Old Glebe Road, they would quickly come to the remains of Fort Ethan Allen. Old Glebe Road cuts through the fort. What remains today is on the east side of the road and marked with a Civil War Trails sign. It identifies the remains of the fort and states that it was built by the Vermont Brigade in the fall of 1861. The Vermont Brigade consisted of the 2nd, 3rd, 4th 5th and 6th Vermont infantry regiments.

In a short history of the 3rd Vermont, Samuel Pingree, the former lieutenant colonel of the regiment, wrote: "On the dark night of Sept 3, 1861 the regiment, with the rest of the command, moved silently across the Potomac into Virginia, and named and occupied 'Camp Advance' and built Fort Ethan Allen."

The Union Army, an eight-volume set of books that provides short histories of Union regiments and batteries, published in 1908, states that the 3rd assisted in the building the fort.

Who were these men from the 3rd Vermont? They were recruited from the eastern part of the state in the summer of 1861. The regiment was formally mustered in on July 16, 1861, for three years of service. On July 24, the new regiment was ordered to Washington and arrived on July 26, 1861, just after the Battle of First Manassas, which was fought on July 21.

One of these men was Pvt. David Rollins, mustered in on July 16, 1861, in Company H at St. Johnsbury, Vt. In the Company Descriptive Book, Rollins is described as age 22, 5 feet 6 ¾ inches tall, light complexion, blue eyes, light hair, born in Middlesex, Vt. and a mechanic. This information is in Private Rollins' service records (which are available in the National Archives).

The records do not show his status until May 1862, when he is shown as "present." This is common with soldiers' service records for the first year of the war. Assuming he was with the unit earlier, that means he saw his first combat on Sept. 11, 1861, in the skirmish at Lewinsville, Va. On this occasion, a Union force that included the 3rd Vermont marched to Lewinsville in response to reports that there was a Confederate force there. The Confederates were there and a skirmish resulted with small losses on both sides, but it was the first taste of combat for many of the troops.

On March 10, 1862, the regiment was ordered to Alexandria and on to Fort Monroe. From there it joined Maj. Gen. George B. McClellan's forces for the Peninsular Campaign.

Probably about this time during his service Rollins bought a brass ID tag.

It is typical of those sold to soldiers by the sutlers. This style with an eagle is based on the U.S. $10 gold coin of the period. Scoville Brass Co. of Connecticut and New York made tokens with the same design as early as 1858. On it is stamped D. Rollins. Co. H 3rd Reg Vt. Vol Montpelier.

From a letter written in February 1862 by another soldier it is known that this style of tag was being sold to the troops then. So it is possible Rollins bought his before the 3rd Vermont moved to the peninsula.

Once on the peninsula, the regiment was involved in the fighting at Williamsburg (May 5), Golding's Farm (June 27-28), Savage Station (June 29) and White Oak swamp (June 30). Since Pvt. Rollins' records show him as present until September 1862, he was a participant in these engagements.

Fortunately his records do not show him as suffering any wounds. However, his luck was about to run out.

Large logs were being moved for use in building defensive positions.

According to Rollins' records, on about July 15, 1862, at Harrison's Landing, he was injured while carrying the front end of a large log. It fell on him when the soldier carrying the rear end of the log stepped in a ditch and dropped his end. Rollins injured his back and his leg and was knocked unconscious. He woke up in the regimental hospital the next day.

After about four days in the regimental hospital, he was sent to a hospital in Frederick, Md. On Nov. 12, 1862, he was discharged at Baltimore for disability.

Rollins' certificate of Disability for Discharge, dated Oct 30, 1862, is in his service file, which, along with his pension file, includes letters and statements about the injury.

The 7th was in the Mobile Campaign at the time Rollins joined the unit. He was absent as of June 14, 1865, when he was sent to a hospital (what hospital is not clear; possibly in New Orleans). He was mustered out on July 18, 1865, in New York City. He did not receive all of his enlistment bounty (the last $33.33 payment?), apparently due to his disability.

Rollins filed for a disability pension in 1879. It seems that at first his request was rejected based on his enlistment in the 7th Vermont and passing the physical to join the unit.

Rollins' pension file includes copies of several letters discussing his injury at Harrison's Landing, some of which explain why he did not file for a pension earlier while others detail his injury.

Later he did receive a pension, although it is not clear when - probably around 1887. He filed for an increase in 1895, which was rejected. The next year, Rollins married Martha Burnham in Montpelier Vt. The last item in his file is the order that his pension of $14 per month be stopped based on his death on May 27, 1904.

So Pvt. Rollins was one of the thousands of soldiers who survived the war, but had to cope with injuries suffered in the defense of the Union.

* Joseph Stahl is a longtime collector of Civil War memorabilia. He lives in Fairfax.

The above article was originally published in 'Travel,' The Washington Times, Section D, Page 5, April 9, 2005.

Copyright © 2005 News World Communications, Inc. Reprinted with permission of The Washington Times. This reprint does not constitute or imply any endorsement or sponsorship of any product, service, company or organization. Visit our web site athttp://www.washingtontimes.com.

David T. Rollins, a veteran of the Civil war, and a long time respected resident in this vicinity, died at his home on the Middlesex center road at shortly before 9 o'clock Friday evening, of a complication of diseases. He had been in poor health for the past couple of years, but was not taken seriously ill until a few days ago.

He was a native of Middlesex, and lived most of his life in Washington county. For a dozen years or so he resided in Wrightsville, moving this spring to the house on Middlesex center road where he died.

He was 64 years old at the time of his demise and is survived by his wife and four step children. He also leaves one brother, William, of Morristown, and three sisters, Mrs. William Herrand, of LaPier City, Mich., Mrs. John Lee, of Worcester, Mass., and Mrs. Charles Harran, of Montpelier. Mr. Rollins served during the War of the Rebellion in the Third Vermont Regiment.