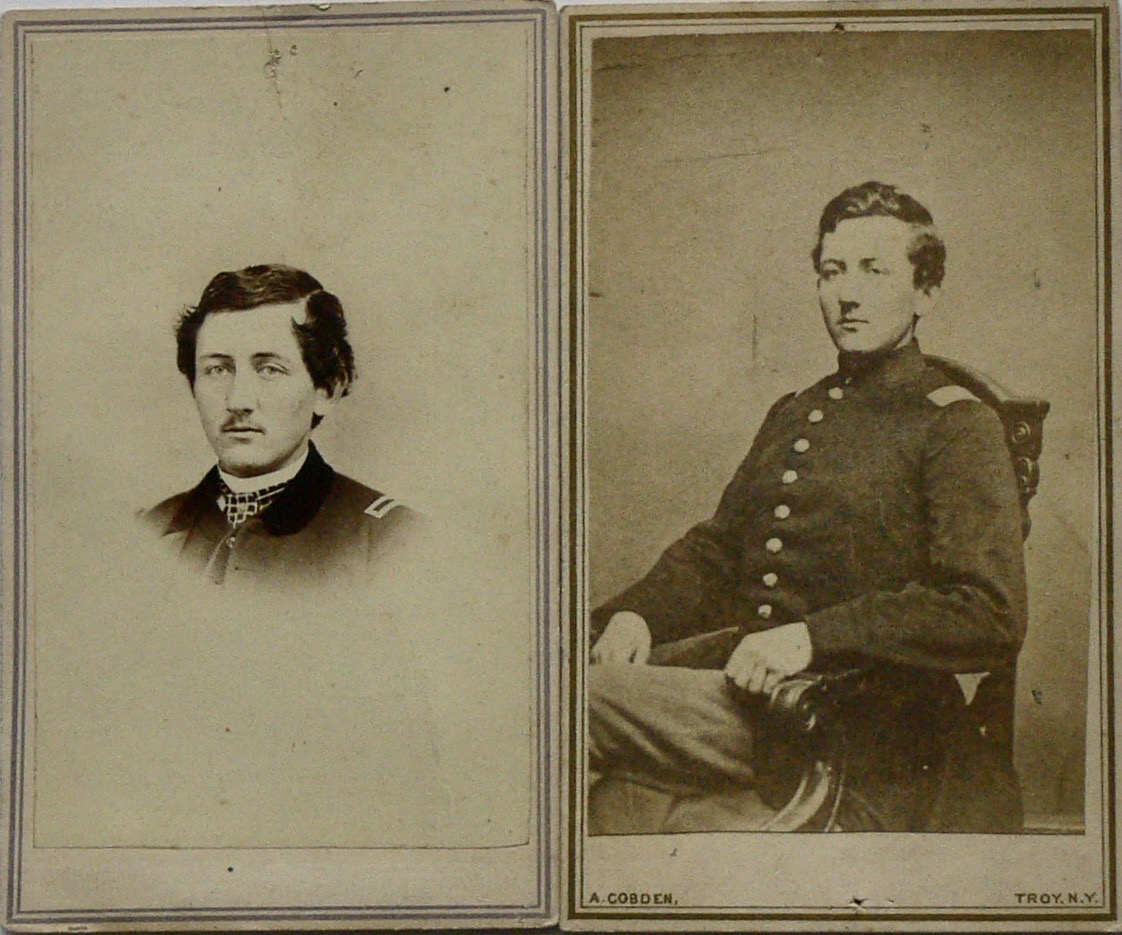 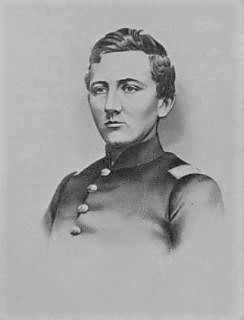 Daniel Gilbert Hill was born in Hubbardton, Rutland County, Vermont, in the year 1844, and at the time of his death was about twenty years old. Some years previous to the breaking out of the rebellion his parents settled in Wallingford, a town in the southern part of the county, where his father, Arnold Hill, now a merchant of that place, engaged in agricultural pursuits. Gilbert was rear upon the farm tilled by his father. His home was situated in one of the pleasantest and most romantic villages in the State. The place is nestled down between the hills which flank it on the east and west, in the valley and upon the banks of the Otter Creek, where every inch of soil is equal to just what the tiller may demand of it. In the centre of the valley flows the clear but somewhat sluggish stream. Its course is so regularly crooked that it is with great difficulty that one following its course can determine upon which bank he is. However, its general course is thought to be north, and it empties into Lake Champlain, a hundred miles to the north of the place where its headwaters separate with those of the Battenkill, which flow south.

On this creek are some of the best farms in New England, and upon one of them Gilbert was bred to that muscular toil which gave him such an admirable physique and his robust constitution, that could endure everything. At the beginning of the war he was in the employ of Messrs. Lewis and Fox, druggists, in Rutland. Here, it may be supposed, he cultivated, under the excellent tuition of Doctor Lewis, habits of carefulness and method so necessary to success in the business, and so often required n the details of military life. Under the call of the President for three hundred thousand men, in July, 1862, young Hill enlisted in the company of which Captain John. A. Sheridan was chosen commander and Major Salisbury First Lieutenant, and actively engaged in the recruiting service until the company was full. Upon the organization of the Tenth Regiment he was made Commissary Sergeant. But his desire that the service which he rendered to the country should be more intensely soldierly, and his ability really seconding this ambition, recommended to the notice of Captain L. T. Hunt, who, upon a vacancy occurring in his command, sought him to fill it. He was, therefore, commissioned Second Lieutenant in Company H, January nineteenth, 1863, after he had been barely three months in the service. June seventeenth, 1864, he was promoted a First Lieutenant in Company G. During the year 1863 he was aide-de-camp to Brigadier-General W. H. Morris, and served on his staff in the battles of Kelley's Ford and Locust Grove. In the reorganization of the Army of the Potomac, under General Grant, Hill returned to his company, where he became a very efficient officer, who was greatly respected for his soldierly and gentlemanly qualities. He fought bravely in all the battles where his regiment was engaged, until he fell seriously wounded at Winchester, September nineteenth, 1864.

A description of this battle, with this and all the casualties in the Tenth has been heretofore given and need not be repeated. He was wounded in the early part of the action, while leading a charge upon one of the enemy's batteries, and received a part of the contents of a case-shot in his thigh, one of the small irons balls of the missile splintering the bone and necessitating amputation. The limb was taken off at the upper third of the thigh, and he was placed in the hospital at Winchester, where, under the most diligent nursing, he began to recover. He rallied so speedily, and apparently so surely, that his friends thought him out of danger a week before he died. But his wound, after all, which had the appearance of healing rapidly was only deceiving us. He was obliged to submit to a second amputation, which, in such cases, frequently had to be done after the most skillful operations in the first instance, and it so reduced his only partially recovered vitality that he very soon died. He body was borne to Wallingford, Vermont, where it now rests in his grave within sight of the home of his childhood.

Rev. Dr. Walker, Pastor of the Congregational Church, preached an able discourse on the sad occasion, and a large concourse of people assembled to join in the solemn honors justly paid to the memory of the brave young soldier! This officer possessed many qualities to be admired. Under age, he might have escaped military service; but he was eager to forego the comforts of home and fair business prospects, to encounter the exposures of the camp, the trials of the march and the deadly shock of arms -- thus to give up all and himself a victim upon his country's altar! Such is the stuff that makes good soldiers. He never shrank from any kind of military service. Always cheerful and eager to be foremost in positions trying to men of large experience, he never though himself unequal to any task assigned him. Ever kind and considerate of the lives of his men, when no sacrifice was called for, he asked them to do no more, nor venture where he did not lead. So he fell in the fore front of the battle that cost the best offerings of the brave. His comrades will recall the erect form and the gallant bearing of this young soldier, and think of the sacrifice that he so cheerfully made, with tearful memories, while emotions of patriotic pride will swell the heart, when they remember that with their struggles, his was one of the lives that the Nation sought for its redemption.