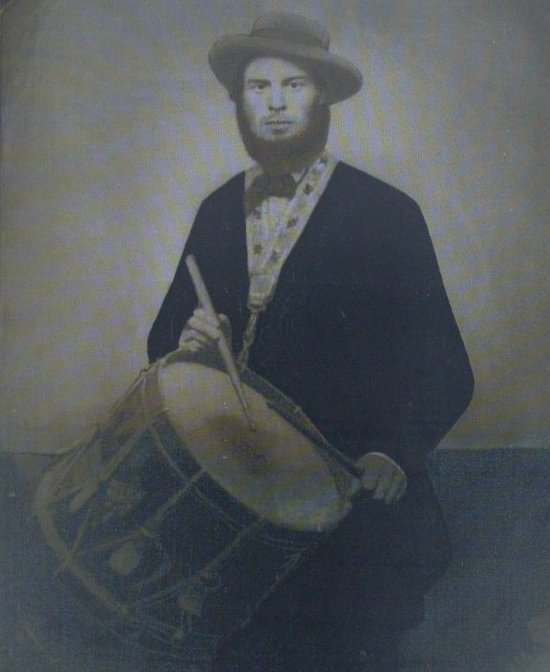 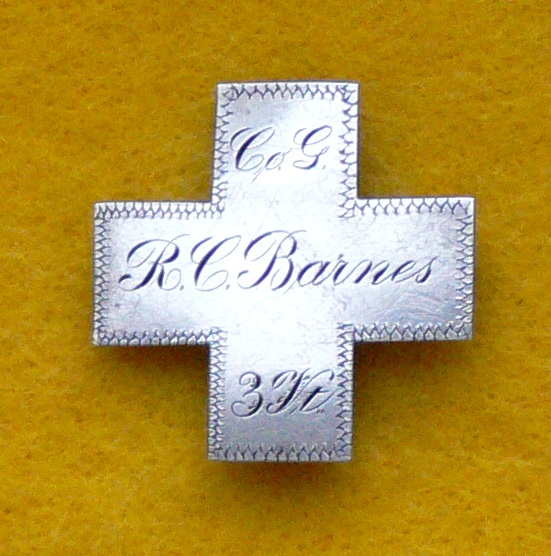 LETTER FROM THE SEAT OF WAR

R.C. Barnes, writing from Chain Bridge on the 30th ult., to Mr. Ellenwood of this place, says:

I am glad to hear that "Spunky Lamoille" is yet alive to the stern necessity of her duty. I am glad to hear that Vermont is prospering well with her 4th and 5th regiments. Can you tell me Eri, where Walter is? I do not see his name on the list. Can he not leave his family and fight for his country as well as I could?

The Vt. 2d is here with us now. I go into their camp frequently to see the boys from Hyde Park and Eden, that I am acquainted with. They seem to be well and in good spirits. I have seen Eli, your brother, several times; he says he is well and hearty, and if he is not, his looks certainly belie him, for he looks tough as a knot.

The Hyde Park boys in our 3d Reg are all well I believe.

As was mentioned in last weeks issue of this paper, Robert C. Barnes passed away Tuesday, Jan. 28, 1902. Although for some time past he had not enjoyed the best of health, he was comparatively well for a man of his years, and his sudden death from heart failure was a surprise to his many friends and relatives.

The funeral was held from his late residence at Riverside On Friday and was conducted by B. L. Austin of Johnson, Rev. Mr. Booth of Morrisville officiating, music being furnished by the Cong'l choir of Hyde Park Village. The large attendance from this, and adjoining towns gave evidence of the respect and esteem in which the deceased was held. Aaron Keeler Post, G.A.R., of which Mr. Barnes was a comrade, was present in a body, and performed the burial services of that order at the grave, interment being in the Barnes District Cemetery. The North Hyde Park Drum Corps was also present in a body to pay their respect to their leader, friend, and instructor.

Deceased was born in Brandon. Vt., May 22, 1830. His parents were Ebenezer and Rebecca (Whitcomb) Barnes, who with their five children moved to this town in 1839, and settled on the farm now known as the Eben Barnes place. In his early life he acquired a good common school education. He also learned the mason trade, and at the age of 21 years went to Lowell, Mass., where he soon engaged in the mason business.

In 1851 he married Miss Susan P. Fletcher of Chelmsford, Mass, and in 1854 returned to Hyde Park, and engaged in farming. . His wife died Aug. 24, 1858, leaving two daughters, who survive him. They are Mrs. E. A. Grimes, and Mrs. P. T Denio, of this town. In 1861 he married Miss Lucy Hooper of Johnson. She died May 10, 1888. Of this union two daughters, and one son survive him; Mrs. Jennie Hooper of Loa Angeles, Cal., and Miss Juna, and Walter, who have remained at the paternal home to care for their father in his declining years.

At the outbreak of the late Rebellion, Mr. Barnes was among the first to volunteer his services in his country's cause, enlisting as a drummer in Co. E. 2nd Vt. Vol., but was later transferred to Co. G., 3rd Vt. Vol., serving 'till the close of the war, and receiving an honorable discharge. On his return in 1864 he purchased the farm on which he has forever since lived, but worked at his trade until he was about 60 years of age, being sought from far and near for his skilled workmanship. During the past 12 years of his life he has devoted his entire time and energies to farming, taking pride in improving his farm and buildings, maintaining to the end the maxim that " a thing worth doing at all, is worth doing well".

As a citizen, Mr. Barnes always took an active interest in all public affairs, believing that every man should cast an honorable and intelligent vote for the public welfare. In the various offices assigned to him by the town of his adoption, his duties were discharged intelligently and to the satisfaction of his townsmen. . In politics he was a staunch Republican from the organization of that party, and to the last kept himself well informed in all political and congressional affairs. As an affectionate father, kind neighbor, and a warm. genial friend, he will be missed in his home, in the neighborhood, and in the community.