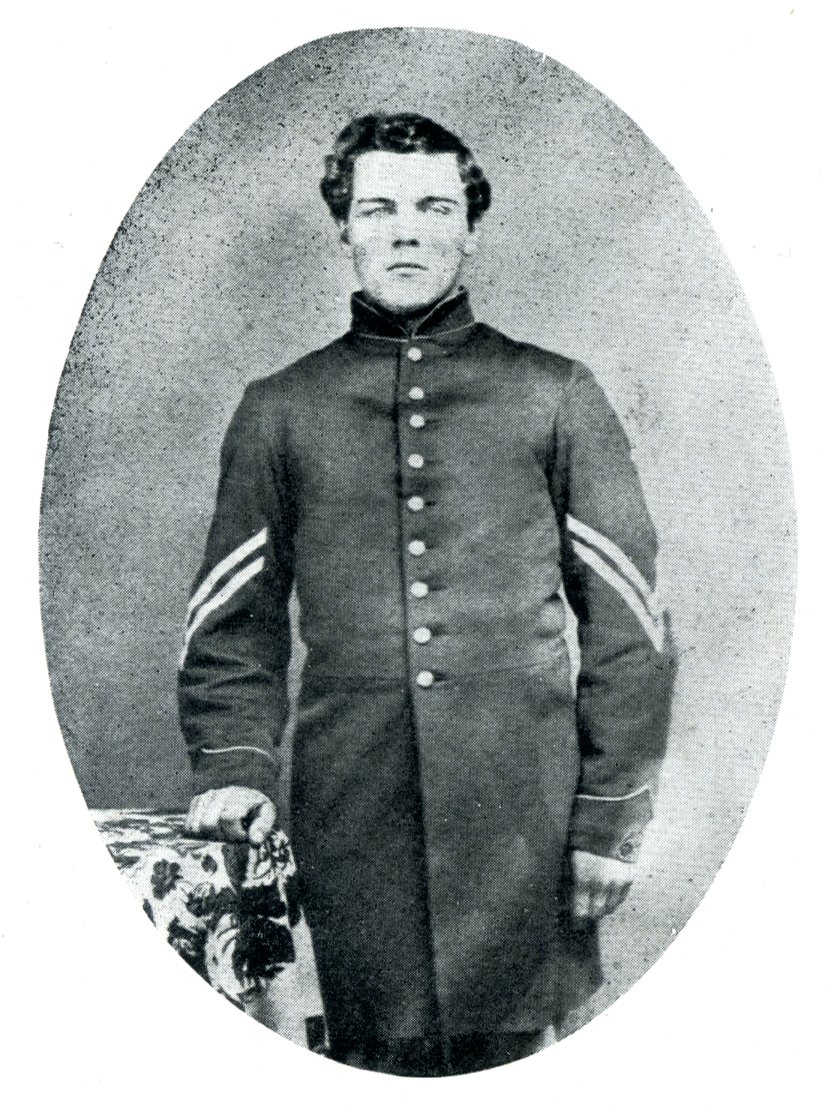 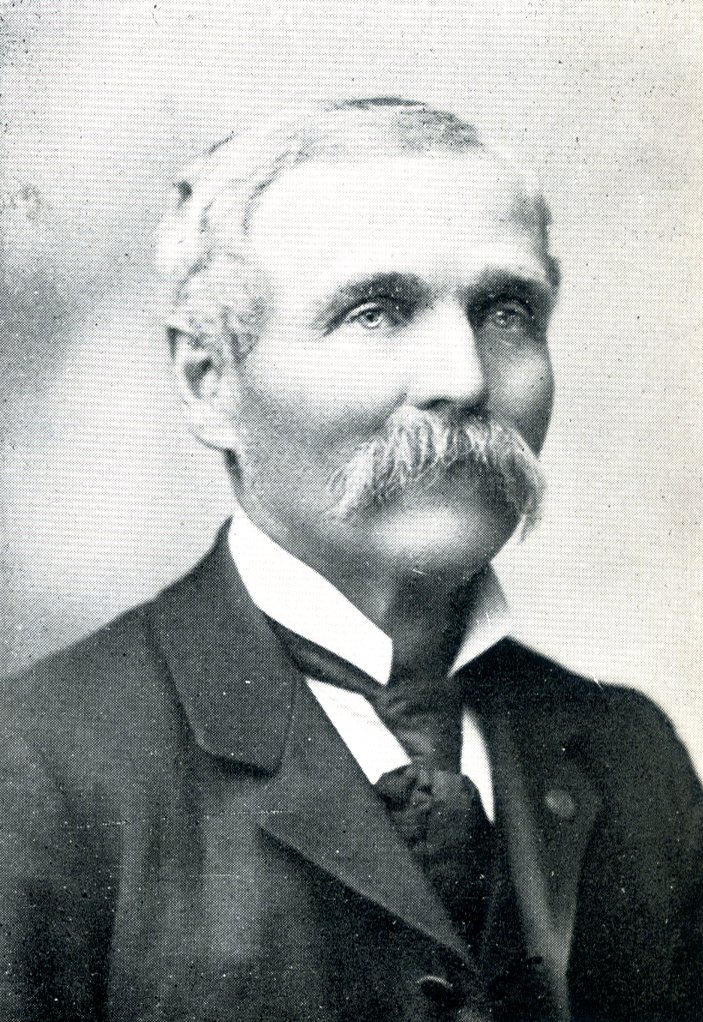 CORPORAL WILLIAM W. HOLDEN enlisted from the town of Barre, Vt., counted on the quota of the town of Barre, and was born in Barre in 1844. Brought up on a farm and educated in the common schools of his native state. He was one of the young boys of the Barre company and a very enthusiastic youth anxious to become a good soldier and go to Washington and join the army. His picture on page 358 of this book indicates a vigorous, well-formed, determined looking, manly appearing young man, a typical Green Mountain boy. None of Company I or of the regiment from general appearances gave better promise for the strenuous life of a soldier than Corporal Holden. He was alert, up and on hand for duty, for fun, or an excursion outside oŁ camp among the natives night or day, and always procured his share; and, yes, he paid for what he bought when green backs and scrip filled his plethoric pockets, which was seldom. He was exceedingly proud of his official relation and put forth his best efforts at all times in the discharge of his quite responsible duties. Was prompt, attentive, courteous, and deservedly popular as a corporal and soldier. He was of good character at date of enrollment, free from vulgar and profane speech, upright and honest, straightforward, discharging his duties to the very letter as he understood them. It is not too much to say that he was a model non-commissioned officer as well as a soldier. Was on hand for duty at all times, never finding fault or hesitating no matter how arduous the task, exposure and danger, never interfered with cheerful performance of duty. He was the youngest of the non-commissioned officers of Company I which fact interfered with promotion. Only one vacancy occurred among the list of corporals during the term of service until after the battle of Gettysburg and that was in May, 1863, and that was filled by H. Dwight Smith, a man 27 years of age and he was well qualified for a lieutenancy. The corporals of Company I as a class were better than any other company in the regiment. And those who were promoted from the ranks to non-commissioned positions were wisely selected as a subsequent career in life has demonstrated. Corporal Holden though the youngest on the list of Company I, maintained and fulfilled his position as well as any of his associates and stood high in the estimation of his comrades at the close of his services. The writer has heard it often stated by Corporal Holden's superior officers "that none evinced better courage and more heroic conduct on the battlefield of Gettysburg than the young corporal of Company I." His comrades were justly proud of him then and have ever been since, in his long and successful career in civil life. Though farming has been his principal business, he has held many positions of honor and trust, securing always esteem and confidence in every relation of life. He has been kind and generous, a dutiful husband and loving, indulgent father. As a citizen of Northfield and Washington county his enviable reputation and good character was established years ago. As a survivor of the 13th Regiment and a member of our Regimental Association is one of the foremost in promoting every project for the pleasure of his comrades and cementing the ties of friendship by his cordial greeting and hearty shake of the hand. His council is good, tempered with conciliation, and with a high grade of common sense. He is justly held with high esteem among his old comrades. The author of this article wishes a green old age to our dear Comrade Holden and that his last years may be useful and happy and when finally mustered out will die universally regretted. COMRADE. * * */p>

The death of William W. Holden, at Northfield, removes a man whose ancestry was closely connected with the early history of Barre. William W. Holden was the son of Ira and Abigail (Waters) Holden, and Ira was the son of Eli and Hannah (Persons) Holden. Eli Holden settled in Barre when the town was very young, having come from Barre, Mass.; and he bought a farm which was located just south of the present village of South Barre and which remained in the Holden family for many years. The grandson of this pioneer settler in Barre, William W. Holden, was born on the Holden homestead almost 93 years ago and he gained his education in Barre academy. Like his brother, Eli (the younger), he served in the Civil war and, as stated in our news columns, was Northfield’s last survivor of that struggle. His brother Eli, had the distinction of being the only man from Barre to enlist in the first three months’ service in the Union army. The late William W. Holden was a sturdy, old-fashioned Vermonter, who believed in the principle of honest toil and of conservative planning as the means to success. For many years he had been a contributor to the columns of this newspaper, particularly along the line of farm operations; and many readers will miss his philosophy of life and of methods as set forth clearly and forcibly in his letters.