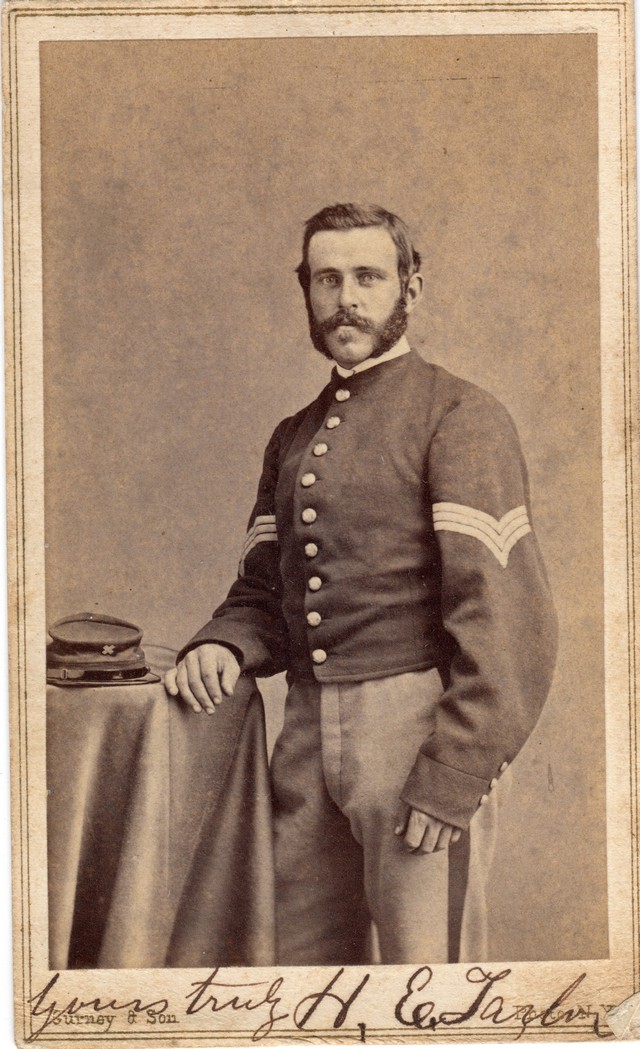 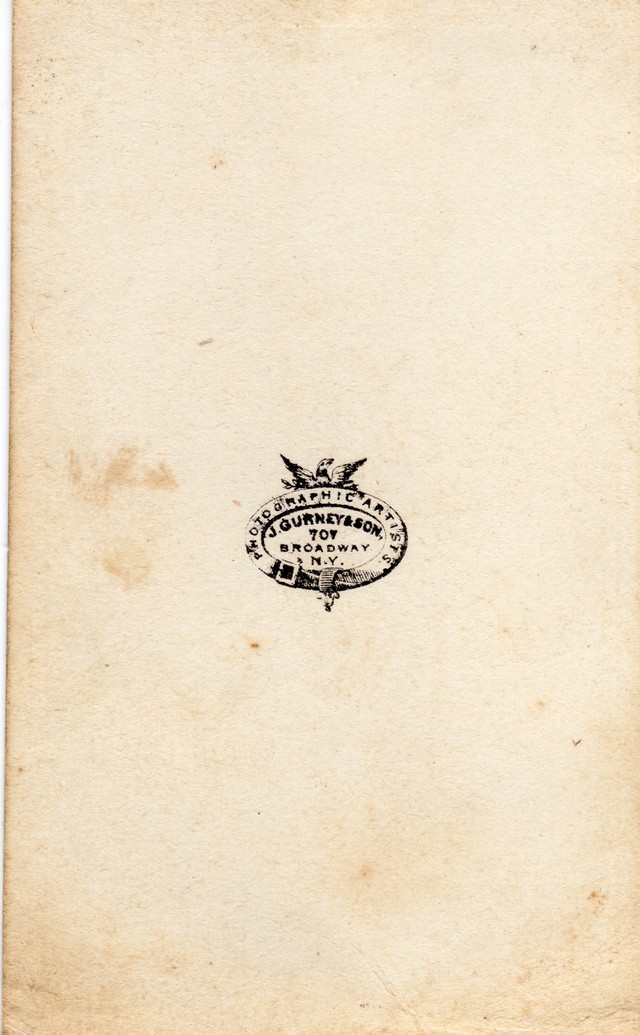 He was educated at the common schools of Guilford, at the Westminster Seminary, and Powers Institute of Bernardston, Mass., spending his vacations on the home farm, where he also passed the early years of his life.

In 1861 he enlisted with Co. F, 4th Regt. Vt. Vols., and served three years, receiving his discharge in September, 1864. He was severely wounded in the battle of the Wilderness, May 5, 1864, and was disabled for manual labor, and has since constantly suffered from the effects of his wounds. Returning from the battlefield he located on the home farm, where he remained until the early spring of 1865, when he removed to Brattleboro and engaged in the clothing and furnishing business, which he continued until 1875.

In 1879 he was appointed deputy-collector of internal revenue of the District of Vermont, in which capacity he served the government until 1885. In 1886 Mr. Taylor was elected a deputy-sheriff and also tax collector for the town of Brattleboro, to which position he was re-elected successively for four terms. He was also door-keeper of the House of Representatives in 1888.

Mr. Taylor served in the Vermont National Guard, from 1886 to 1888, as captain and provost-marshal of the 1st Regiment; and also, from 1888 to 1890, as colonel and aid-de-camp on the staff of Gov. William P. Dillingham. Colonel Taylor has been actively and prominently identified with the G.A.R., and in 1888 was elected commander of the Department of Vermont.

In social matters Colonel Taylor has also taken a prominent part. He is a member of Columbian Lodge, No. 36, F. & A.M., and a member of Beauseant Commandery of Knights Templar, as well as a member of the Sons of American Revolution.

Col. H. E. Taylor was married, Oct. 7, 1867, to Emeline, daughter of Stephen and Electa (Sargent) Dutton, of Dummerston. Of this union is one son: Linn Dutton Taylor, of Brattleboro. Mrs. Taylor died in 1877.

Colonel Taylor was appointed, Nov. 23, 1889, by Secretary of the Treasury Windom, to the position of special inspector of customs, with official station at Saint Albans, a position which he held till Nov. 1, 1893, operating upon the northern frontier and in Canada, and was instrumental in preventing and detecting smuggling and other frauds upon the Treasury Department. After the termination of his service for the government, he returned to his home in Brattleboro and engaged in the insurance business with his son.

Col. Herbert Edward Taylor, aged 73, who had been prominent in military, political and Masonic circles throughout this State for many years and for the past six postmaster at Brattleboro, died at eight o'clock Friday evening after a very brief illness of neuralgia of the heart. Col. Taylor had been in poor health for about a year, but was confined to the house and his bed only one day. He was born in Guilford, October 13, 1837, and was the son of Jeremiah and Mary (Edwards) Taylor.

In 1861 he enlisted with Co. F, 4th Vermont, and served three years, receiving his discharge in September, 1864. He was severely wounded in the battle of the Wilderness May 5, 1864, from which wound he had been a constant sufferer.

He was deputy collector of internal revenue for the district of Vermont from 1879 to 1885. In 1886 he was elected deputy sheriff for Windham county and tax collector for Brattleboro for five successive terms. He was doorkeeper of the House of Representatives in 1888. In 1889 Colonel Taylor was appointed special inspector of customs, with official station at St. Albans, by Secretary of the Treasury Windom. This position he held until November 1, 1893, when he returned to Brattleboro and engaged in insurance business with his son.

Colonel Taylor was appointed Post-Master at Brattleboro March 14, 1904, Following the death of Dr. Webster. He was reappointed May 1, 1908.

He was captain and provost marshall of the Vermont National Guard from 1880 to 1888; colonel and aide de camp on the staff of Gov. William P. Dillingham; department commander of the Vermont G.A.R. in 1888, and a trustee of the Soldiers' Home at Bennington at the time of his death.

Colonel Taylor was prominent in Masonic circles, a member of Columbian Lodge, No. 36, F. & A.M., and a member of Beauseant Commandery, Knights Templar. He was a member of the Sons of the American Revolution and a regular attendant of the First Universalist Church. He married October 7, 1867, Emeline, daughter of Stephen and Electa (Sargent) Dutton of Dummerston, who died in 1877. He is survived by one son, Col. Linn D. Taylor, a member of Governor Mead's staff, one grandson, Brainford D. Taylor, and one brother, Joseph G. Taylor, all of Brattleboro. The funeral was held Monday at Brattleboro.