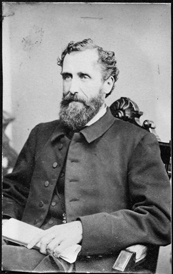 He was commissioned chaplain of the 7th Vermont Infantry, September 25, 1862, and was honorably discharged, October 19, 1865. During his residence in Northfield, he served as superintendent of schools.

He was twice married: first, June 8, 1858, to Cornelie C. Stevens, of Burlington, Vt. He was married the second time to Julia, daughter of Judge Gilson of Aurora, 1ll.