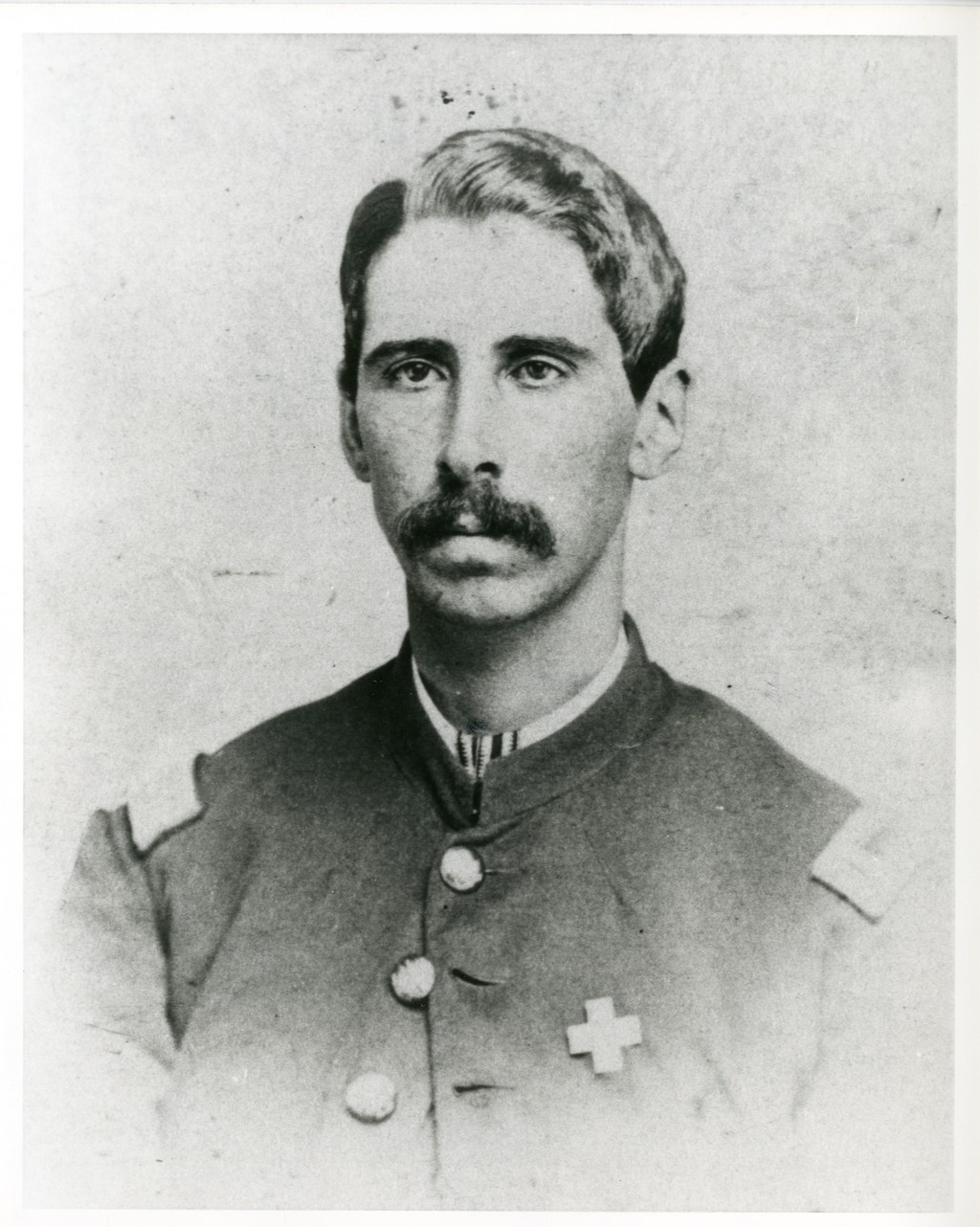 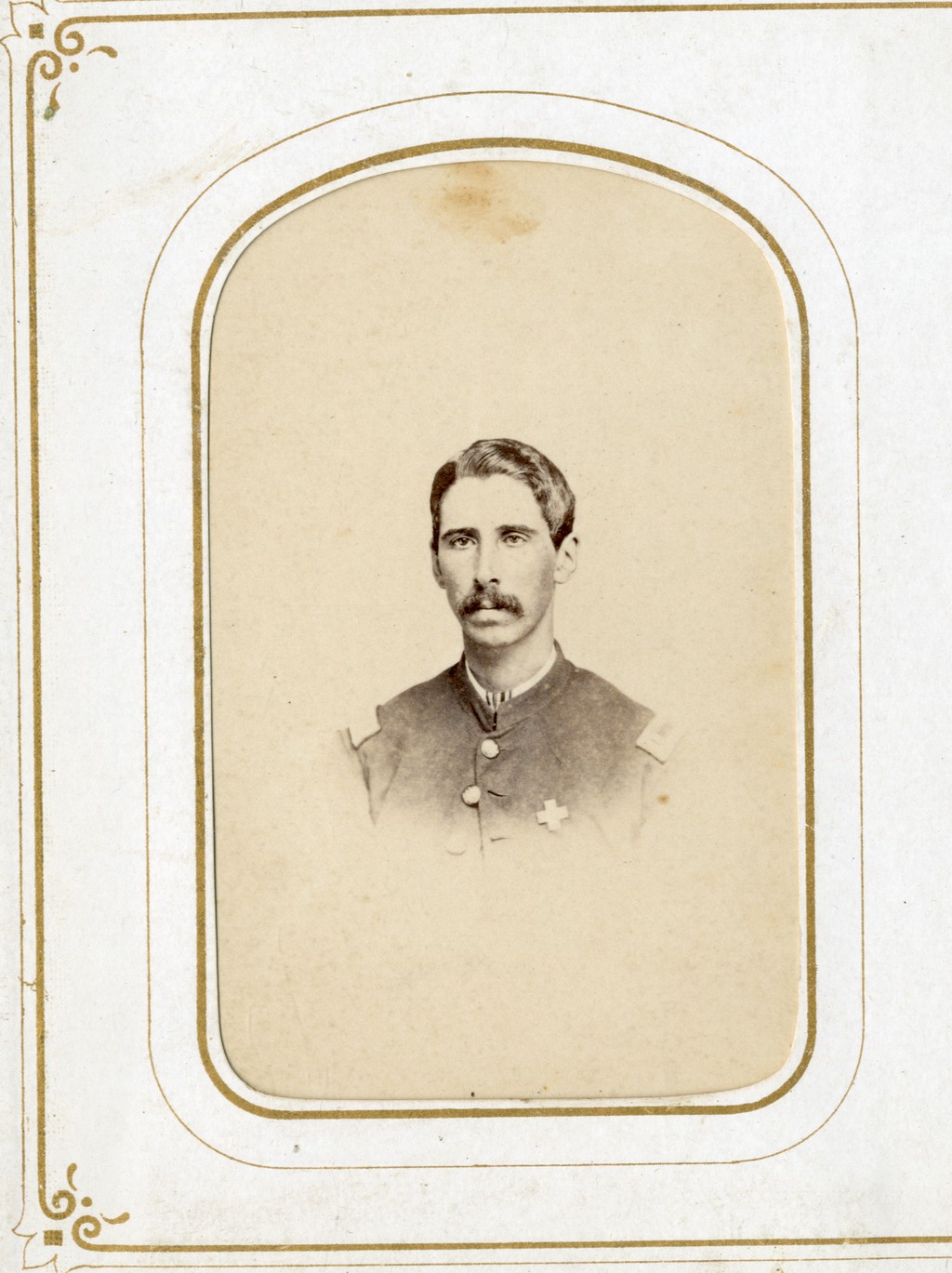 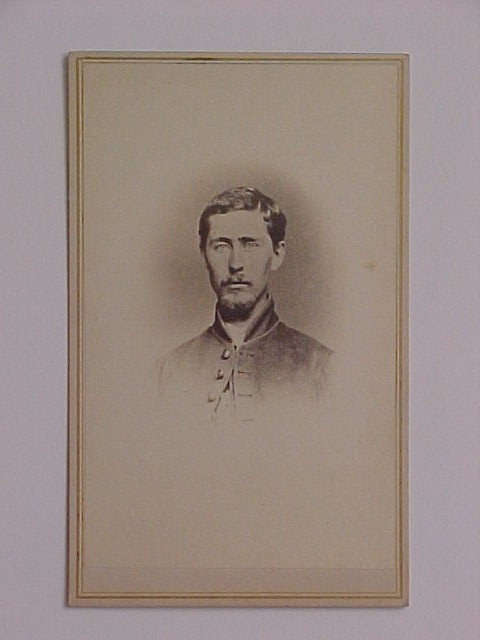 A TRAGIC DEATH
Lieut. James G. Howard's Neck Broken by a Fall.
His Brilliant War Record as a member of the Famous 2d Vermont Regiment.

Lieut. James G. Howard was instantly killed Saturday afternoon in some manner which will probably never be exactly known. He left his home on the old Newfane road in district No. 6 about 2 o'clock to draw to the main road trees which had been cut on the northeast part of his farm. About 5 o'clock Mrs. Howard became alarmed at her husband's long absence and summoned her brother and nearest neighbor, Joel S. Johnson, who started out to investigate. Mr. Johnson found that the horse had come to a point near the main road, and had stopped there, the tree which was being dragged having caught in the brush. Going further down the lot into the woods Mr. Johnson was horrified to find Mr. Howard's body, cold and stiff in death. He was lying with his face upon a rock, his arms extended at his sides. The appearance of the body was almost that of a person who had lain down to sleep. C. S. Wall and other neighbors, who had also been aroused and who appeared soon after Mr. Johnson reached the body, assisted him in carrying it to the home.

An examination by Dr. Holton showed that Mr. Howard's neck was broken, causing instant death. There was a contusion on one side of the face, made by striking the rock in falling, but there were no other marks on the body. The most reasonable theory is that Mr. Howard was thrown by catching his foot on a bush or small stump and fell headlong, striking with sufficient force to break his neck. Others think that he may have been hit by a falling limb. There is, however, nothing about the spot where he was found to indicate exactly the way in which he was killed.

James G. Howard was born in Keene, N. H., in July, 1839. his father moved to this town when he was a small boy, and the larger part of Mr. Howard's life was spent here; since 1865 he has lived here continuously. As a young man Mr. Howard was employed in different capacities, and he was in New York state near the Vermont border when he determined to answer his country's call. He enlisted Oct. 26, 1861, in Company A of the Second Vermont regiment. The company was recruited at Bennington. He re-enlisted Dec. 21, 1863. He was promoted to a sergeantcy Oct. 17, 1864, 15 days later was made first sergeant, and Dec. 24, 1864, he received his commission as first lieutenant of the company. He was mustered out of the service July 15, 1865. He was shot through the left arm in the battle of the Wilderness, May 5, 1864, but was back in his company in about two months.

Few soldiers who wore the blue had records equal to that of Lieut. James G. Howard. He was a Yankee fighter of the best type. He was in 26 engagements, and a cooler man under fire never went from Vermont. Not only was his record for bravery of the highest, but in the trying days when the young men in the ranks were beset by so many temptations he never faltered from the path of Christian rectitude. He was never known to touch liquor or tobacco, nor to engage in any questionable action during the days that he was at the front. He was, in brief, a Christian soldier, and a worthy example to other Vermonters of the Second regiment. This regiment had its share in almost every battle fought by the Army of the Potomac from the first Bull Run to the surrender of Lee, and its quality as a fighting regiment is indicated by the fact its list of killed and wounded in action numbered no less than 751, or 40 per cent of the aggregate of 1858 officers and men, while its ratio of killed and mortally wounded was more than eight times the general ratio of killed and wounded in the Union army. Brattleboro people have a special interest in the Second regiment. It was while Lieut. Col. John S. Tyler was acting as its commander in the battle of the Wilderness that he received his death wound. The late Major Elijah Wales was one of the officers of the regiment who distinguished himself for gallantry. The first man in the Vermont troops who was killed in action was Russell H. Benjamin of Brattleboro, a corporal in company C. He was struck by a fragment of a shell at the first battle of Bull Run and instantly killed.

After the war Lieut. Howard returned to Brattleboro and in a short time began work for J. Estey & Co. He continued in the employ of the organ company until 1892, for several years carrying work to his home. He had lived on the farm in district No.6 about ten years. Mr. Howard and Miss Mary Johnson of Stamford were married in that town in May, 1866. Mrs. Howard has been in feeble health for several years. Mr. Howard also leaves one sister, who is the wife of Joel P. Butterfield of Marlboro.

The funeral was held at the house Tuesday. Rev. Mr. Temple of the Baptist church, of which Mr. Howard was a member, delivered the funeral sermon, and Rev. Mr. Smith of West Brattleboro spoke of Mr. Howard's characteristics. Six Grand Army comrades acted as bearers - Col. H. E. Taylor, J. P. Elmer, R. N. Hescock, H. I. Bangs, P. S. Chase, A. F. Wilder. About 30 members of Sedgwick post did escort duty as the procession moved from the common to the Prospect Hill cemetery.

Lieut Howard displayed as a citizen the manly qualities which characterized him as a soldier - unassuming, of unquestioned probity, and possessed of the moral courage which led him always to do his duty, and made him a man upon whom absolute dependence could be placed.

A neighbor writes "Mr. Howard was systematic and thorough in his work and did much to improve his farm and took excellent care of his animals. He was a man whose convictions of right, truth and justice were strong and well sustained, both by example and a plain statement of his opinions, which were always respected, as he never wavered from the right for fear of man. His many excellent traits of character won for him the lasting friendship of those who knew him nest, as has been repeatedly noticed in the way they would rally to his assistance in times of trouble. His increasing kindly, thoughtful care of his wife in all her long illness has been wonderful, and the same kindness was shown his parents in their last years of life, by whose side he now lies in the village cemetery.

"He united with the Baptist church in Saxtons River when a young man. He received a letter from that church to the one in this village and has been a consistent member ever since.

He never lost an opportunity to do what he could for his Master. He was a member of the Grand Army, also a recent member of Protective grange, both orders being represented at his funeral which was held at his late residence last Tuesday afternoon. Many beautiful gifts of flowers were sent by friends and from the orders of which he was a member."