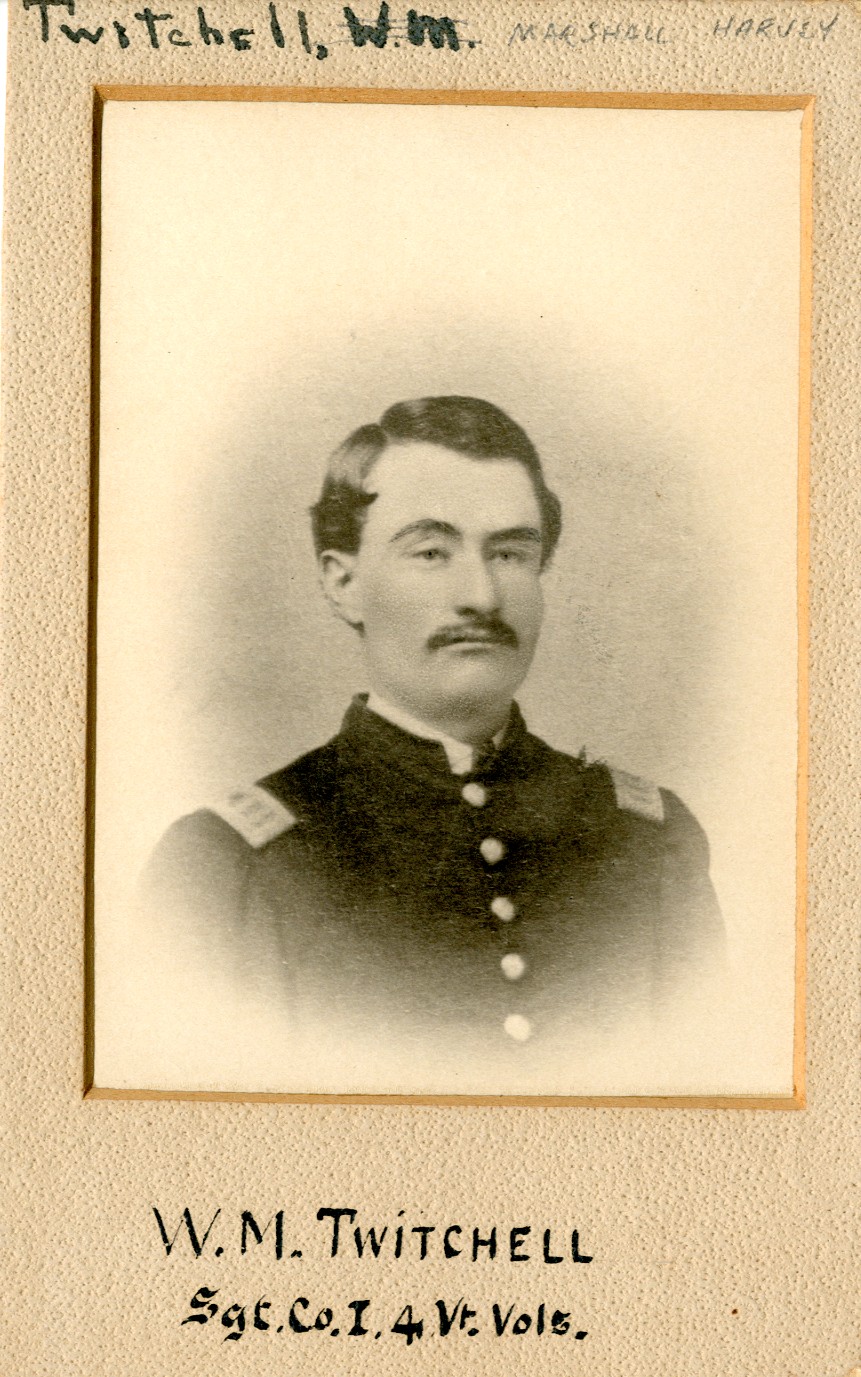 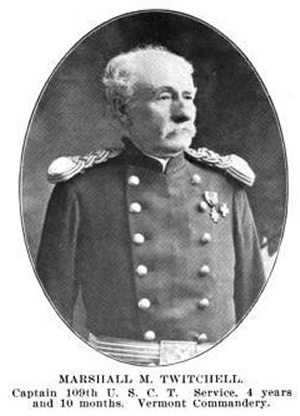 He was educated in the common schools and Leland Seminary. Like many young men of Vermont he taught school winters, worked on the farm and attended the seminary the other portions of the year.

In 1861 he enlisted with Co. I, 4th Regt. Vt. Vols. He was in fourteen battles with the old Vermont Brigade and was severely wounded at the battle of the Wilderness, being at the time in command of the company. In the winter of 1863-64 he made application and was appointed captain in the 109 USCT and was in the column which broke Lee's line at Petersburg and finally surrounded his army at Appomattox court house. In October, 1865, he was appointed provost marshal and agent of Freedman's Bureau with headquarters at Sparta, North Louisiana. Here, twenty-five miles from the nearest post, with no experience in civil government, he was legislator, judge, jury and sheriff. His government was so satisfactory that he was elected almost without opposition to represent the parish (county) of Bienville in the constitutional convention of 1868. He was appointed judge of the parish of Bienville in 1868. Elected to the state Senate for a term of four years in 1870 and re-elected for a second term in 1874. During his eight years in the Senate he was the principal agent in the creation of the parish (county) of Red River, building of the town of Couchatta and the organization of the public schools in the parishes of Bienville, Red River and De Sota.

He protected colored schools by the threat that as president of the school board he should refuse to sign the warrant for the pay of the teachers. The 2d of May, 1876, an attempt was made to assassinate him, from which he received six bullets, necessitating the amputation of both arms just above the elbow; his brother-in-law, George A. King, was killed at that time. His only brother, Homer, and his other two brothers-in-law, Willis and Holland, had been previously murdered in what is known as the Couchatta Massacre of 1874. Had the assassination been successful the result would have been to change the majority in the state Senate, which would have recognized a different House of Representatives, declared a different Governor and elected a different United States Senator. April, 1878, he was appointed Consul of the United States at Kingston, Canada.

In 1868 he purchased a cotton plantation on Lake Bisteneau. In 1869 took the direction of two plantations belonging to his father-in-law. In 1870 he purchased "Starlight" plantation on Red river, every year adding to his business, either by lease or purchase. He directed as principal owner two stores, two sets of mills, the hotel and the only newspaper established in the parish. His large property interests were partially abandoned after his attempted assassination in 1876, and entirely abandoned after the murder of John W. Harrison, his last agent, at "Starlight, " in the fall of 1875.

In 1864 he joined Blazing Star Lodge, F. & A.M., at Townshend. After the war he was J. W. of Silent Brotherhood Lodge, scribe of Chapter No. 35, and member of Jacques De Molay Commandery, all of Louisiana; he is also a member of Burchard Post, G.A.R., and Loyal Legion of Vermont.