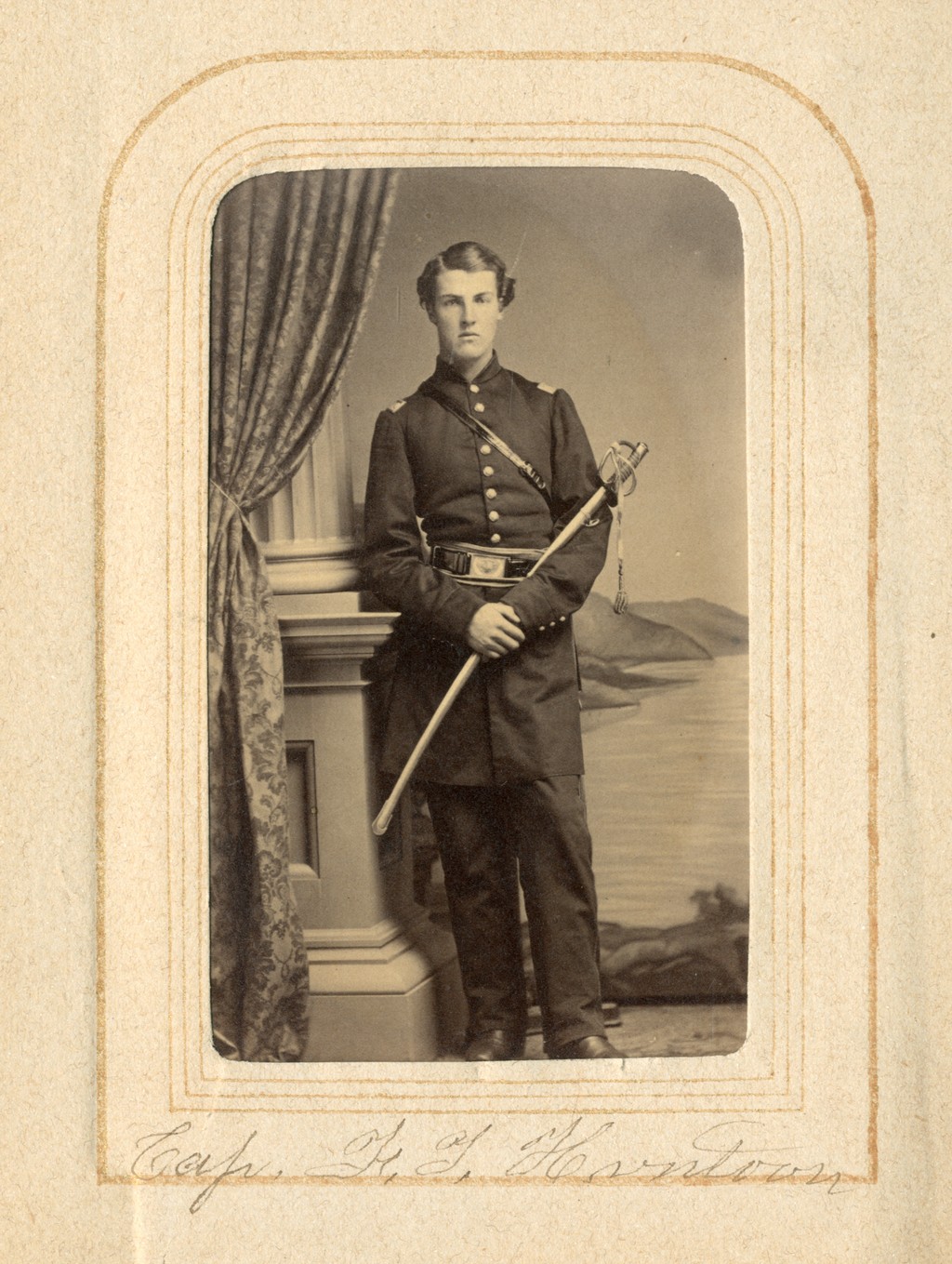 Franklin T. Huntoon, a veteran of the United States army and navy and a brother of Mrs. Julia McClelland of 46 Chestnut avenue, this city, his only near surviving relative, died Sunday at the Post-graduate hospital in New York, aged 80 years. The remains will be brought to Rutland for burial, probably today, and interment will be in Evergreen cemetery.

Mr. Huntoon was born in Mount Holly and was a son of Mr. And Mrs. D.T. Huntoon., who formerly conducted the Brock house in this city. He enlisted from this city for service in the civil war and had never lived in Rutland since then. He was affiliated with various New York hotels, beginning his career with the Fifth avenue hotel.

Mr. Huntoon's first was service was with Company K, First Vermont Infantry. After three months with this outfit he joined the First Vermont Cavalry on November 19, 1861, being discharged on March 25, 1863 with the rank of captain. He joined the navy on July 26, 1864 and terminated his service on August 25, 1865. He had lived in New York since that time.

Mr. Huntoon was a member of Lafayette post, G.A.R., of New York, of the Elks fraternity, of the Old Guard, and of the Hotel Association of New York city. He had five sisters, of whom Mrs. McClelland is the only survivor.

Of the former Vermonter a New York paper had the following to say:

"He was a leading figure in the famous Old Guard and the moving spirit in its annual affairs, notable for their liveliness. He had a notable civil war record, was an Elk and a member of the Hotel Men's Association and of the New York Athletic club. He was a consistent first nighter, a patron of sports and a familiar and welcome figure wherever men who made life lively gathered."

Funeral services for Franklin T. Huntoon, formerly of this city, who died in New York, were held yesterday afternoon at 3 o'clock in the chapel at Evergreen cemetery. Rev. George W. Peck, jr., pastor of the Baptist church, officiated.

The Grand Army ritual was used at the committal service. Six members of Roberts post acted as honorary pallbearers. Members of the local lodge of Elks were the pall bearers, Mr. Huntoon being a member of the fraternity.

The body was brought to Rutland yesterday morning from New York, accompanied by John O. Connell.

Among the floral tributes were wreathes from the Hotel association of New York, Elks and Roberts post.