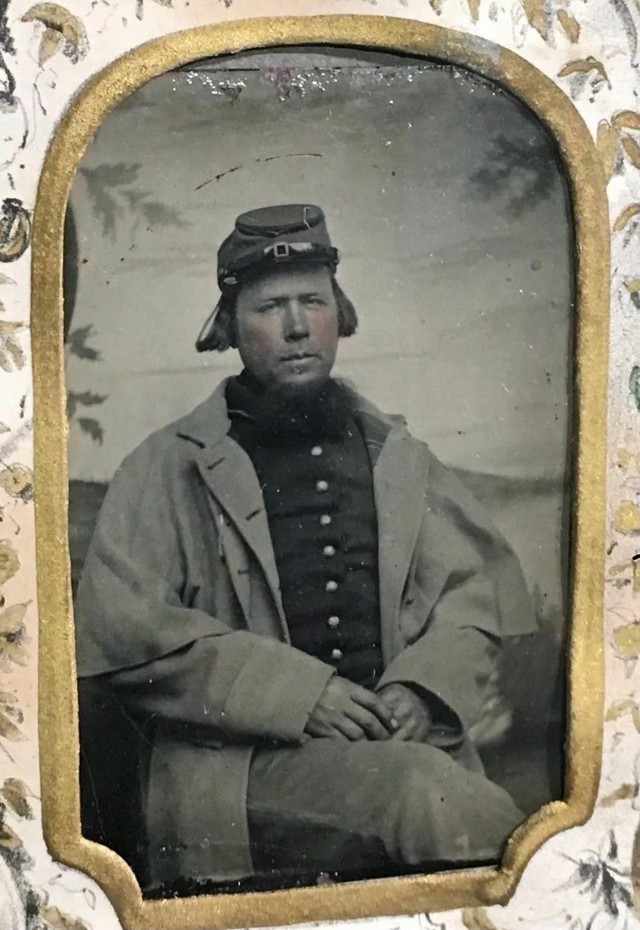 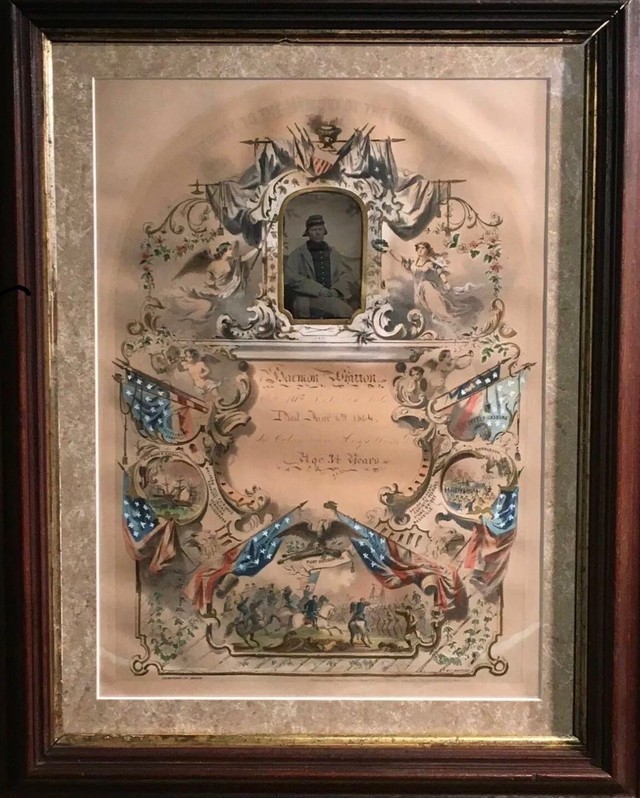 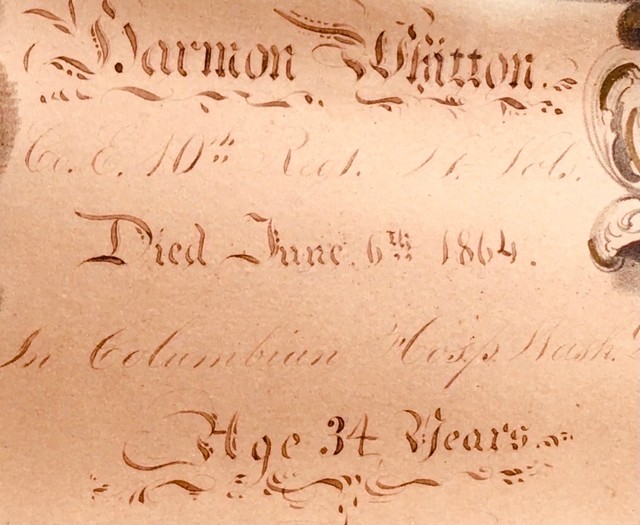 Photograph from a Memorial Display

A TRIBUTE TO THE MEMORY OF THE FALLEN BRAVE -- A cheeks-tinted tintype of Harmon Whitton of the 10th Vermont was inset in this beautiful, hand-colored lithograph. The 34-year-old private died of disease -- chronic diarrhea and typhoid pneumonia -- at Columbian College Hospital in Washington on June 6, 1864. A teamster as a civilian, he left behind a widow named Mary and three young children: Thomas, 9; Ida, 6; and Harmon Jr., 10 1/2 months. Whitton, from Sandgate, Vt., was buried in Arlington National Cemetery.

Whitton served less than a year in the U.S. Army. While he was wracked with disease, his regiment was fighting at Cold Harbor, Va.

The lithograph was created by John H. Bufford's Lithographic and Publishing House on Washington Street in Boston. The firm sold many of these displays, leaving a space for the family of the fallen soldier to insert his photograph and add the date, place of his death and other information. Among the artists who worked for Bufford was Winslow Homer, who created a haunting painting of the May 1864 Battle of the Wilderness.