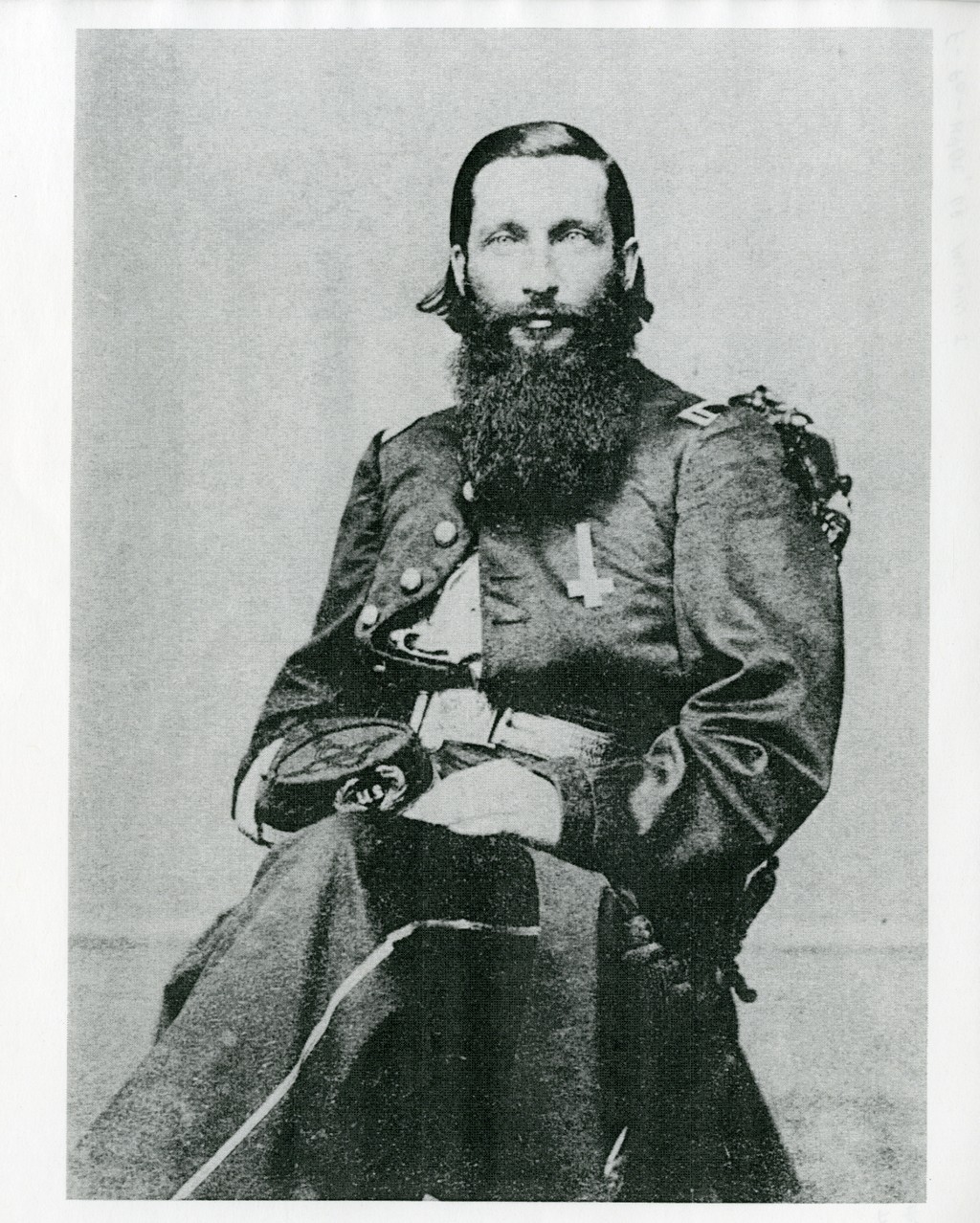 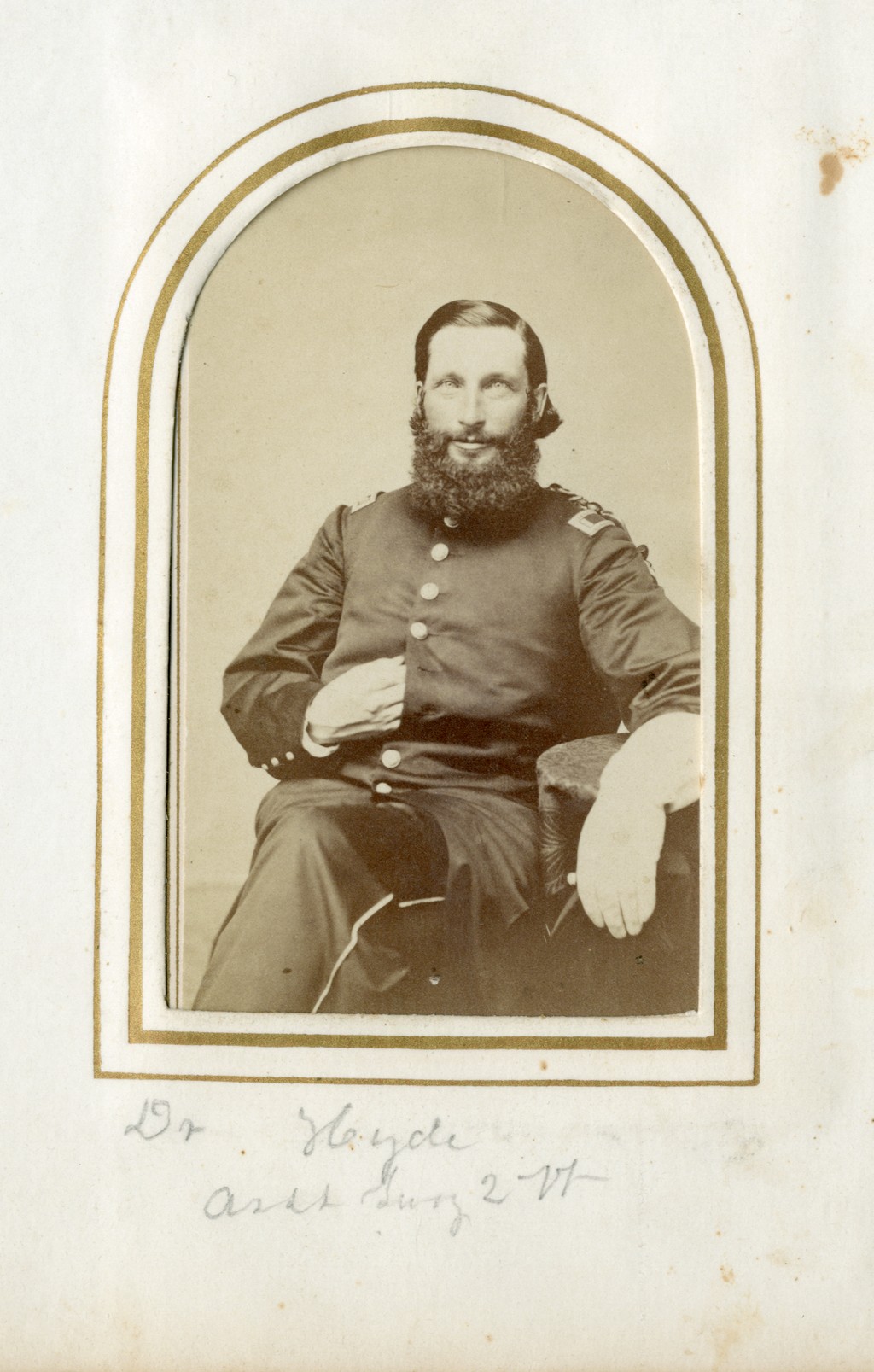 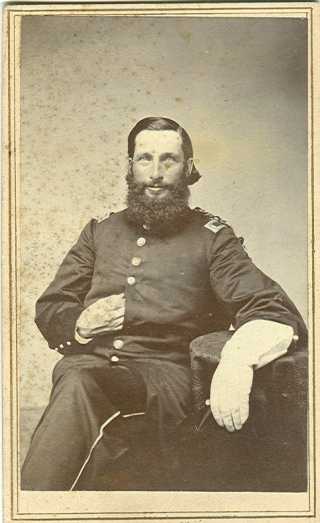 Transcript of the commission given to Melvin J. Hyde as Assistant Surgeon, 2nd Vermont Infantry.

To. Melvin J. Hyde Greeting:
You have been appointed on the twelfth day of September A. D. One Thousand Eight Hundred ans Sixty three
Assistant Surgeon of the Second Regiment of Infantry
of the VOLUNTEER MILITIA of this State, and reposing special Trust and Confidence in your Ability, Courage and Good Conduct, I do, by virtue of these presents, in the name and by the Authority of the Freeman of the State of Vermont, Commission you accordingly.
You will, therefore, carefully and diligently discharge the said duty, by doing and performing every matter and thing thereunto relating.
You will observe and follow such orders and directions as you shall from time to time receive from the Commander-in-Chief for the time being, or any other your superior Officer, according to Military Discipline and the Laws of the State; and all Officers and Soldiers under your command are to take notice hereof, and yield due obedience to your orders in your said capacity, in pursuance of the trust in you reposed.
In testimony whereof, I have caused the Seal of this State to be hereunto affixed.
Given under my hand, in Executive Chamber, at Montpelier, this twelfth day of September in the year of our Lord One Thousand Eight Hundred and Sixty three and of the Independence of the United States the eighty eighth
By the Governor,

Transcript from "In The Field: Doctor Melvin John Hyde, Surgeon 2nd Vermont Volunteers," compiled and edited by Geraldine Francis Chittick, 2nd great granddaughter, Newport: VT: Vermont Civil War Enterprises, 1999, p. 284. Used with permission.
"In The Field" contains biographical and genealogical information on Dr. Hyde, correspondence from 1863 to 1865 and after the war, personal and military papers relating to his education and service, and over one pages of copies of original records of the treatment of sick and wounded under Dr. Hyde's care, from July 1861 to March 1864.
For copies of the book, please inquire of
Geraldine Chittick
PO Box 1809
Middleburg, VA 20118

Melvin J. Hyde, M. D., died of dropsy at his residence in Isle La Motte, on the8th last. His health had been failing for a year and his suffering during the last two months of his sickness was very great. Dr. Hyde was surgeon of the Second Vermont Regiment for nearly three years in the war and will be mourned by a large circle of friends and comrades throughout the State. His loss will be especially felt by those who have learned to appreciate his ability and success as a physician. He was a graduate of Dartmouth College, and was an influential citizen of Grand isle county.