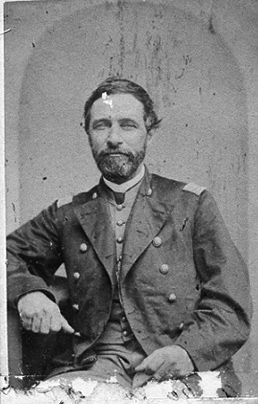 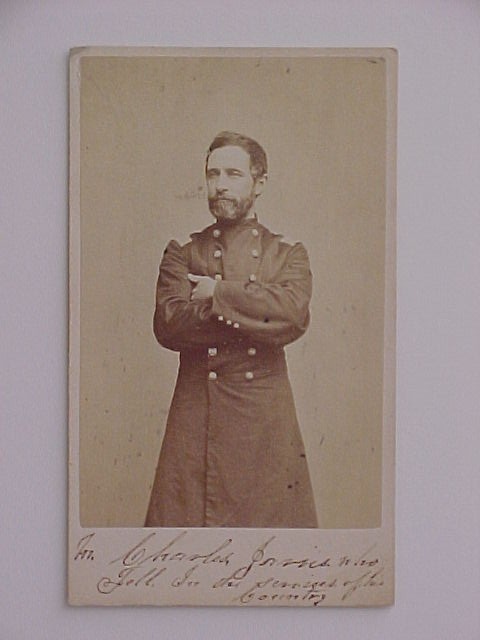 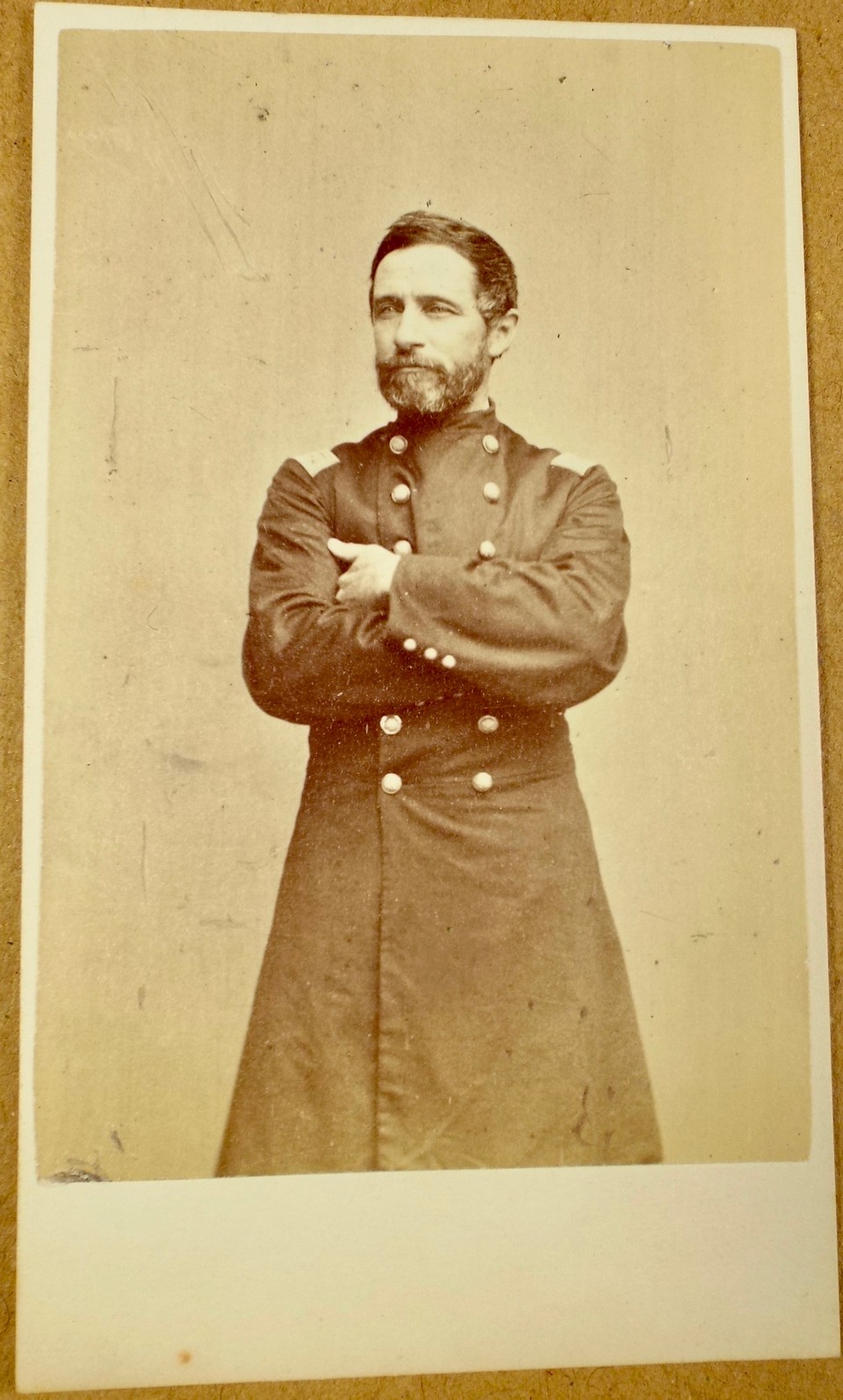 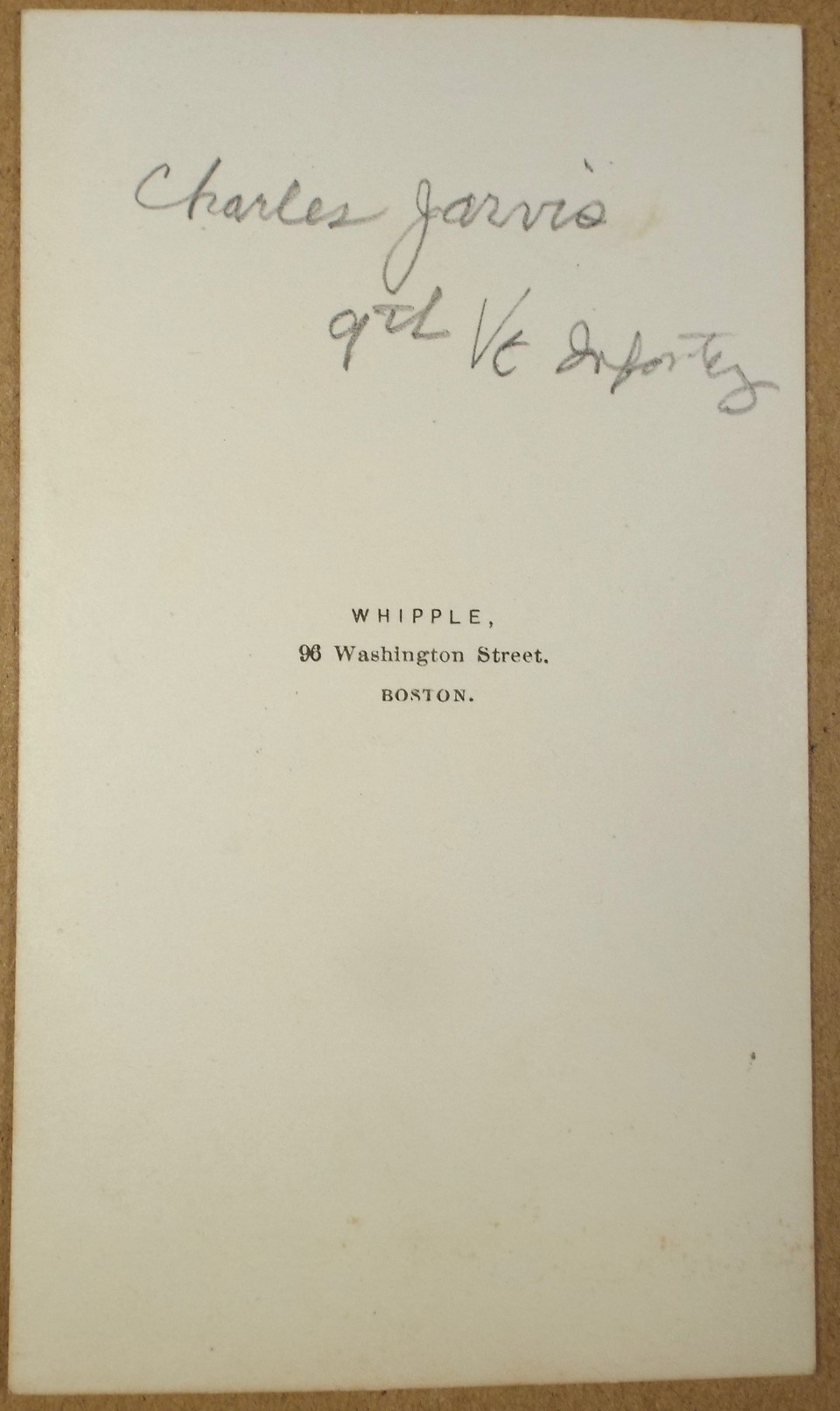 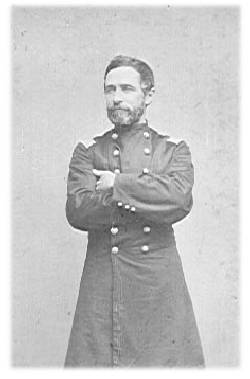 Major Charles Jarvis was born in Weathersfield, August 21, 1821. At the age of nine years, he was placed under the tuition of Solomon Foote at Castleton, Vt., and afterwards attended Exeter Academy. He was a student of Vermont University at the age of fourteen years, being the youngest member of his class. Graduating in 1839 he began the study of law in the offices Leverett Saltonstall and Judge Ward of Salem, Mass., but relinquished his studies and returned to Weathersfield on account of the death of his only brother, William. From this time he devoted himself to his parents, relieving his aged father from the weight and care of business, and settled his estate after his death.

Feeling it his duty to devote himself to the service of his country, he raised a company for the Ninth Vermont Regiment in March, 1862, and he was chosen captain. The regiment was captured at Harpers Ferry and paroled in the strictest manner and ordered to Fort Douglas, Chicago. On account of the absence of his superior officers the command of the camp devolved on Captain Jarvis.

In June, 1863, the regiment was ordered to Yorktown, Va., and Captain (now Major) Jarvis received a furlough and returned home. He was soon ordered to Boston Harbor to take charge of the Vermont conscripts, but rejoined his regiment at Yorktown early in October, 1863. The regiment removed to New Berne, N.C., and subsequently to Newport Barracks, N.C., and on December 1, 1863, while on an expedition Major Jarvis was mortally wounded. Major Jarvis was never married.

"The remains of Major Jarvis of the 9th Vermont volunteers, who was shot by guerillas, arrived at Fortress Monroe from Newbern Saturday" The Free Press of the 8th inst. says: " A private dispatch informs of of the death of Major Charles Jarvis of the 9th Vermont Volunteers, shot by rebels" " Major Jarvis was a noble man and an excellent officer. He was son of the late consul of Weathersfield, and a graduate of the University of Vermont---class of 1839. His body has been brought on to his friends."