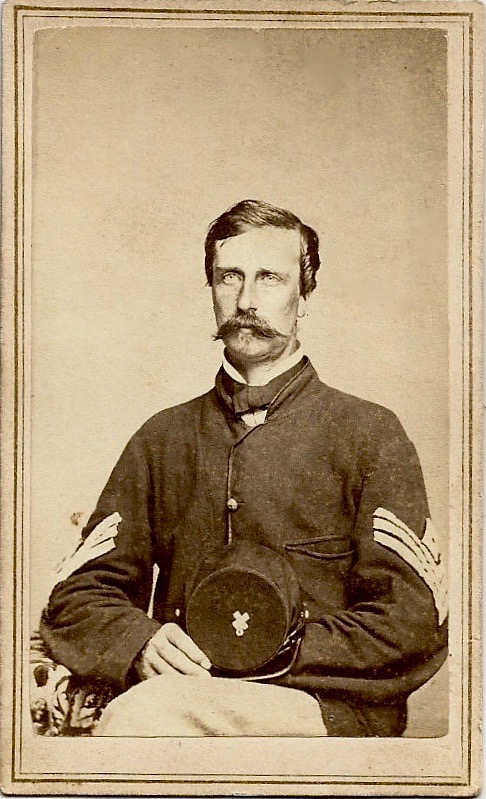 George Jones died Thursday afternoon at the home of his son, Walter Jones on Wolcott street, from a complication of diseases. Although ill since April, Mr. Jones was confined to his bed but two days previous to his death.

The deceased was born in Wolcott January 12, 1831, and was a son of Nathaniel Jones. He was the youngest of a family of eight, only one of whom survives, Nathaniel Jones of Wolcott, 90 years of age.

When the war broke out Mr. Jones was one of the first to volunteer his services to his country, enlisted in Company E Third Regiment Vermont Volunteers. He was mustered into service July 16, 1861, serving faithfully for three years lacking 13 days, at which time he was wounded in the foot in the battle of Spottsylvania, from the effects of which he nearly lost lost his life from gangrene.

Feb. 1, 1865, he was married to Miss Mary Litch of Wolcott. Two children were born to them both of whom are now living, Mrs. Inda Donovan of Waterbury and M. Walter Jones of this place. After his marriage he lived for a time on West Hill after which he moved to East Montpelier where his wife died in 1894. Since that time he has made his home with his son, Walter.