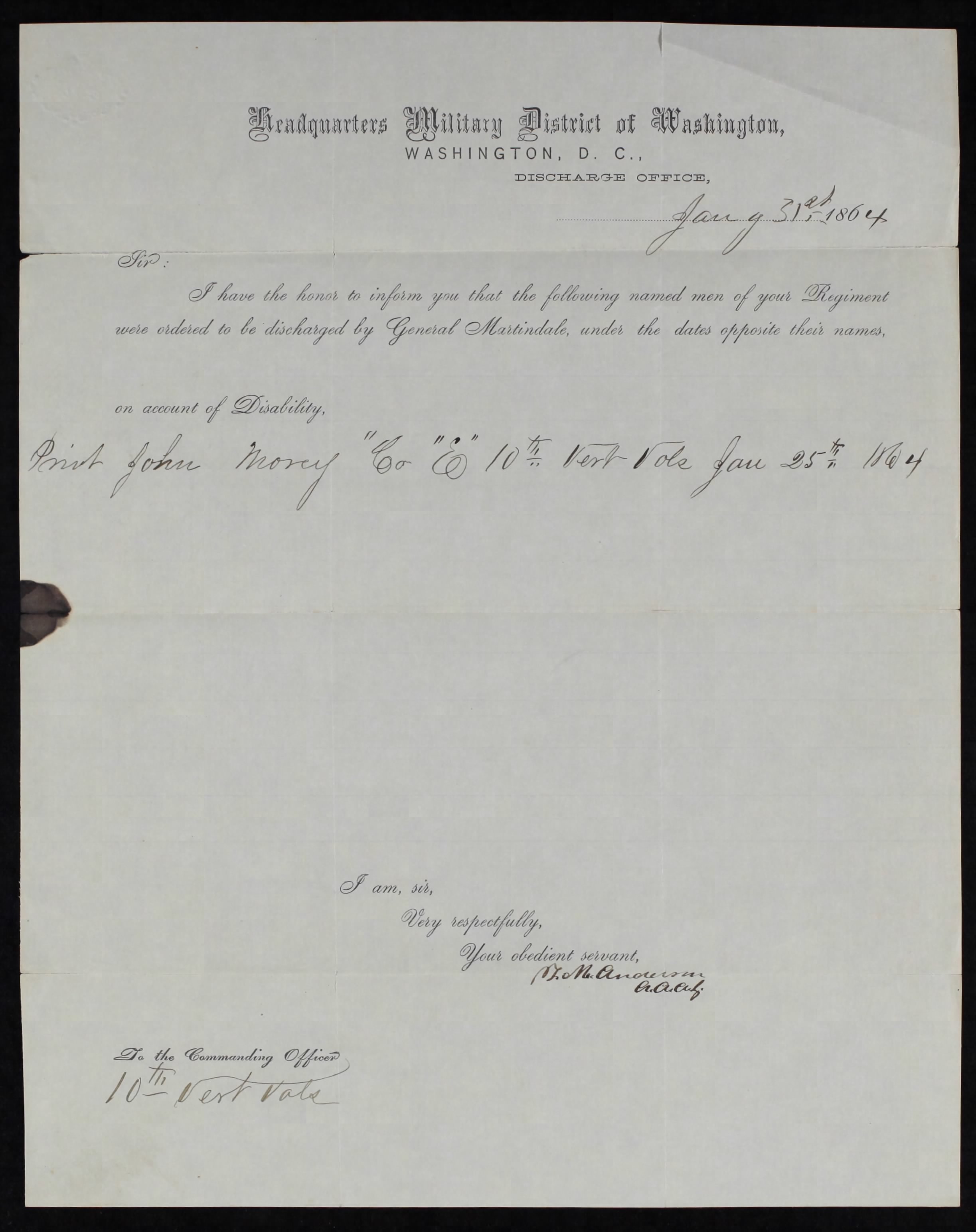 John Morey, sr., passed away April 23 at his home in Sandgate after an illness of long duration. Death was due to a complication of diseases.

Mr. Morey was born in Sandgate, Nov. 30, 1847, the son of Alexander and Patience Wright Morey. He had spent nearly all his life in the town of his birth, with the exception of a few years when he lived in the northern part of New York state.

Mr. Morey was a soldier of the civil war, enlisting at the age of 16 years, and served nine months in Company E, 10 Vermont Regiment. He was a person of kind disposition and was honored by all who knew him.

The funeral was held from the M. E. church Saturday afternoon, April 26, at 1 o’clock, Rev. Milo Jeffrey of East Arlington officiating. Burial was in Hillside cemetery.