Thetford, Vermont native Gustavus Loomis was an 1811 graduate of the U.S. Military Academy. A dedicated soldier and a devout Christian, wherever he was stationed, Loomis attended to his military duties as well as the physical and spiritual needs of his soldiers and members of the local community.

After 54 years of active service, he retired in June 1863, but saw additional service during the Civil War as Superintendent of General Recruiting. After the war, he was brevetted Brigadier General "for long and faithful service."

Heidi McColgan submitted the following, which was published in the New Haven Register:

Chaplain Kenneth Lawson, author of "For Christ and County: A Biography of Brigadier General Gustavus Loomis," speaks at the service at the newly installed headstone for Brevet Brig. Gen. Gustavus Loomis, who served 54 years in the military. Loomis was buried more than 140 years ago in Grove Street Cemetery, New Haven. He was a native of Thetford, Vt., and a veteran of six wars, including the Civil War. Nolan's Hamden Monument Co. donated the stone; cemetery Superintendent Bill Cameron, a Marine Corps retiree, installed it for free; volunteers from Vermont in the Civil War organized the event; Company G, 14th Connecticut Volunteer Infantry, provided a gun salute, and John Cogan of Buglers Across America played taps. Lawson is garrison chaplain at Fort Hunter Liggett, Jolon, Calif. 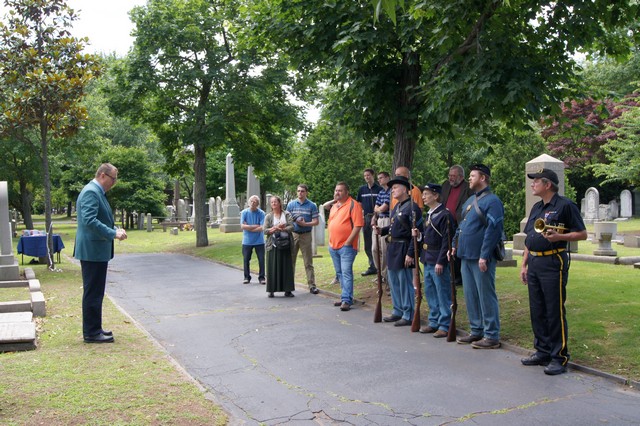 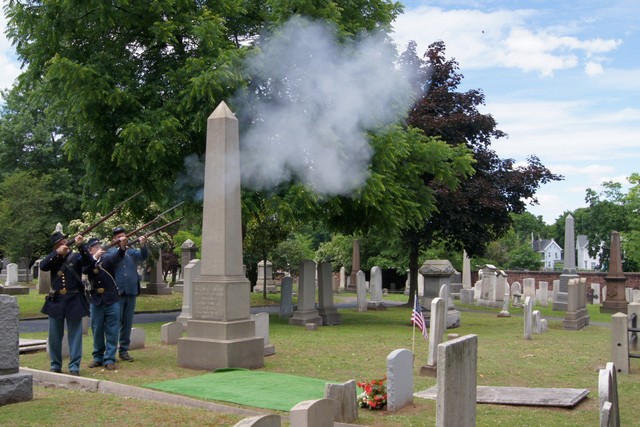 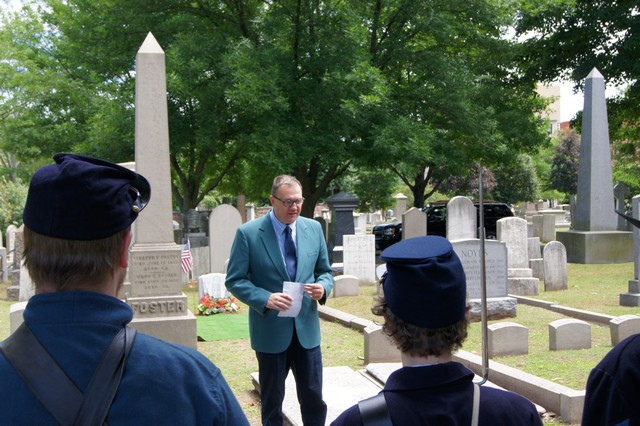 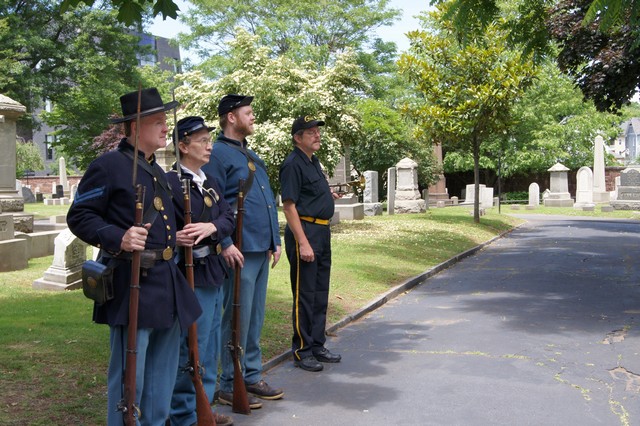 Colonel Gustavus Loomis, who died on Tuesday, the 15th, ult., at Stratford, Conn., was a native of Vermont, and graduated at West point in 1811. In the war of 1812 he was taken prisoner at the surprise of Fort Niagara. At the close of the war he was exchanged, and served upon the frontier until the breaking out of the rebellion. From 1861 to 1867, Colonel Loomis served as mustering officer of Connecticut and Rhode Island volunteers, and on court martial duty. In 1863 he was retired from active service, having been on the register more than forty-five years, and in 1865 he was brevetted Brigadier General, for long and faithful service.