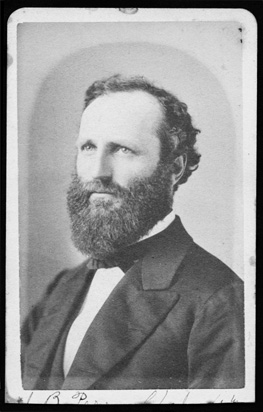 Death of Prof. John B. Perry. - We are pained to learn of the death of Prof. John B. Perry, which took place on Thursday at his home in Cambridge, Mass. Prof. Perry was a son of the late Daniel Perry of this town. He graduated from the University in 1847, in the same class with Dr. H. H. Atwater, Judge Carolus Noyes and G. G. Benedict, of this city. He was pastor of the Congregational Church in Swanton for several years, subsequently became associated with Prof. Agassiz in the department of Paleontology of Harvard Museum at Cambridge, and a year ago accepted the Professorship of Geology in Oberlin College. After several months of arduous labor at Oberlin, he returned to his home at Cambridge, a month ago, much worn by overwork, was prostrated with typhoid fever, and died as above. His age was 46 years and 10 months. He was a man of sterling character and of eminent scientific attainments, and will be sincerely mourned by all who knew him. His remains will be brought to this city for interment today, arriving y the 5 o'clock train this afternoon, and will be borne at once from the depot to the Locust street cemetery for interment.