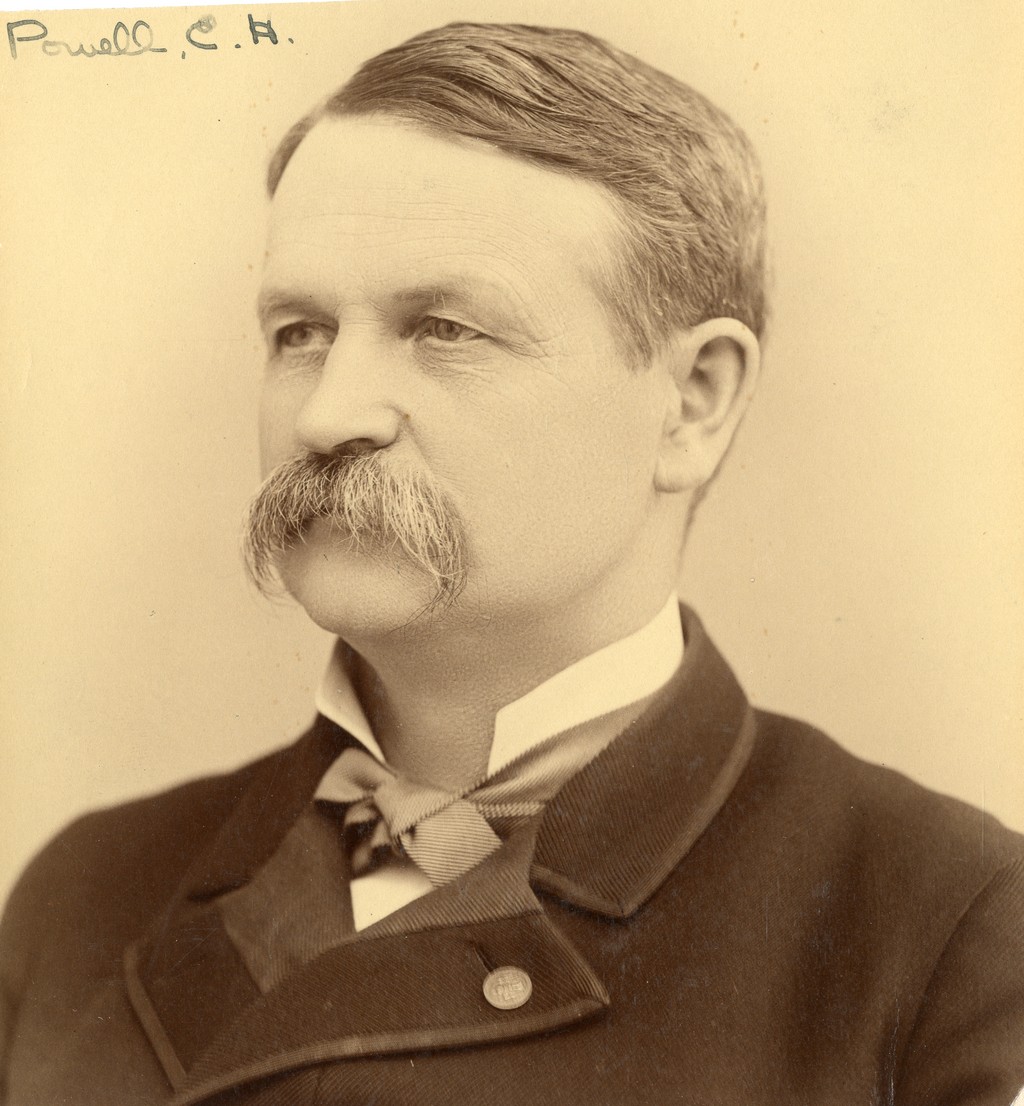 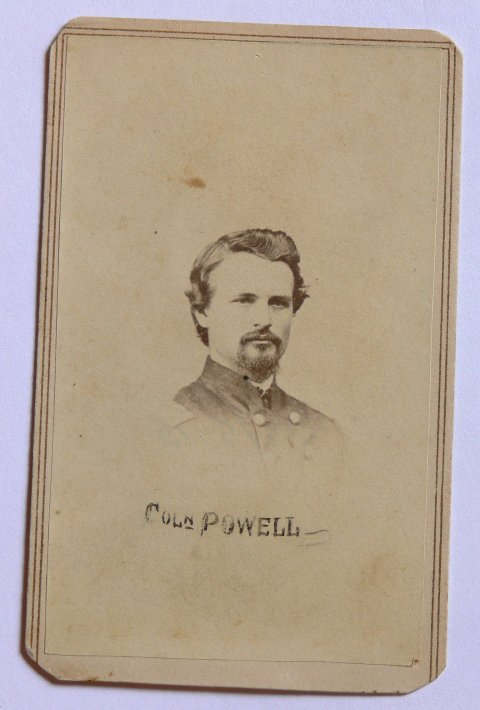 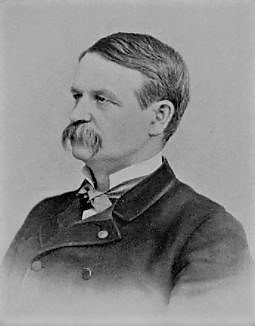 POWELL, Edward Henry. He was born September 3, 1839, in Richford. He entered the University of Vermont, Class of 1865, having fitted at Fairfax, Vt., and in Potsdam (NY) Academy.

He enlisted 7/17/1862, appointed 1st Sergeant, Co. F, 10th Vermont Infantry, and served with that regiment until 12/7/63. He was present in action at Mine Run, Va. He was discharged by Special Order No. 542 to accept an appointment in the USCT, was commissioned Lieutenant Colonel, 10th USCI, on 11/27/63. He joined the regiment at Craney Island, Va., 12/19/1863, served about sixteen months in the Army of the James, in action at Wilson's Landing, Va.; assigned to duty under General Patrick, Provost Marshal, Army of the Potomac, at City Point, Va., hwere his regiment performed guard duty, protecting stores, etc. at Army Headquarters for 11 months, during which time was sent to the front in late 3/65, where his command was on duty 3-4 weeks, in the siege and capture of the Confederate capitol. Entered Richmond with the 25th Corps, after which returned at once to City Pont. Later in June, 1865, ordered to Texas, where he remained 11 months. Discharged 5/17/1866, having served 3 years and 10 months. He was in command of the regiment all but 2-3 months, except the last 6 months, when he commanded a separate brigade of four regiments and the Eastern District of Texas. He was discharged 5/16/1866.

Burlington, May 5. - Colonel E. Henry Powell, died suddenly last evening at 8:45 o'clock. His condition was critical for only an hour before the end. He had taken his customary morning and evening drive and appeared in his usual health until early evening. Colonel Powell had experienced a long period of poor health which compelled his resignation of the office of treasurer of the University of Vermont about three years ago and the relinquishment of his extensive law practice at the same time.

Edward Henry Powell was born in Richford Sept. 3, 1839. When the Civil War broke out he enlisted as a private on July 17, 1862. He was promoted to the rank of first sergeant before leaving the State and at the expiration of a little more than one year's service in that capacity was ordered before General Casey's examining board for promotion in colored troops. He passed a creditable examination and received a commission as Lieut. Colonel November 27, 1863.

After his discharge as lieutenant-colonel he returned to Richford and practiced law.

In 1892 he removed to this city in order to accept the position of treasurer of the University of Vermont and State Agricultural College, which position he held until about three years ago. He served as inspector of customs from 1866 to 1869; was State's attorney, 1872-1874; representative from 1874-1876; State senator, 1878-1880; was chosen State auditor in 1878 which position he held for 14 consecutive years. He was a member of the G. A. R., the Loyal Legion and Sons of the American Revolution.

Colonel Powell was twice married. In November 1864, he married Ellen G. Rowell of North Troy of which union two children were born, Blanche P., who is Mrs. William H. Spring, of Dresden, Germany, and Max L., of this city. In October 1877, he married Mrs. Georgiana Bailey, of Montpelier, who survives him with two children, Gertrude Bently, wife of Dr. Dudley Morris, of New York city, and T. Reed Powell, now taking graduate work at Columbia University.