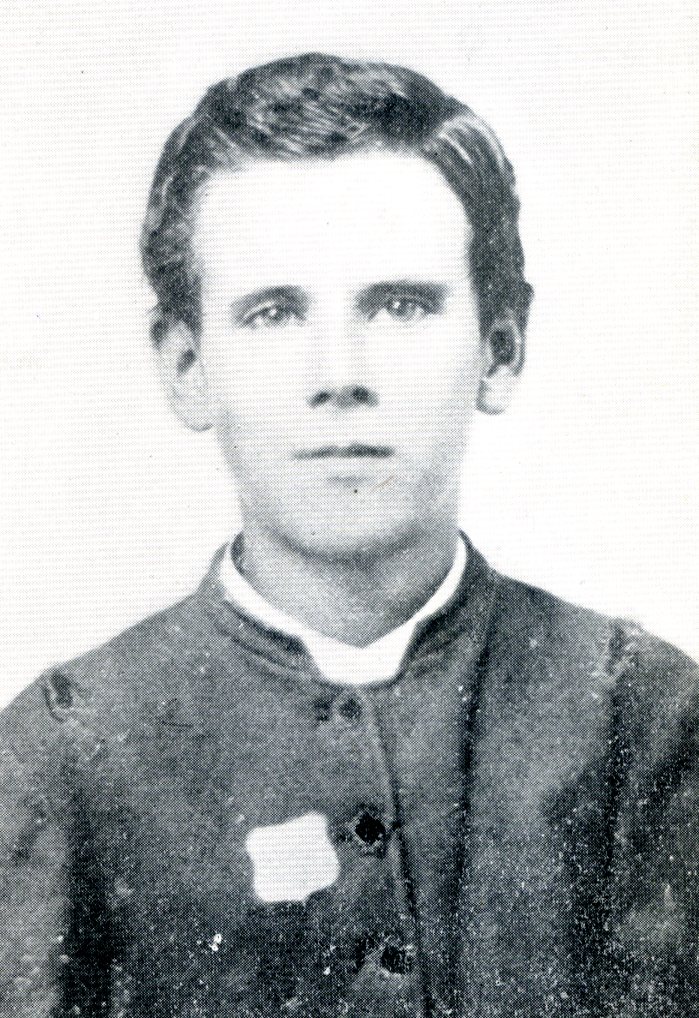 Son of Francis V. and Caroline E. (Andrews) Randall, was born in Montpelier, Vermont, April 3, 1851. On my father's side the ancestors were of Welsh descent. My grandfather served in the War of 1812. My grandmother, Laura Warner, was a descendant of Seth Warner, of Revolutionary War fame. My father within one month after the firing on Fort Sumter left his profession as lawyer in Washington County, recruited and drilled a company of which he was chosen captain and assigned as Company F, 2nd Regiment, Vt. Vol. Inf., and mustered into the service of the United States June 20, 1861, and left the state June 24th. I went with father to Washington. The regiment went over into Virginia and commenced its history, making captain Randall become a colonel by promotion, September 24, 1862, and assumed command of the 13th Vt. Vol. Inf., which was mustered into the service of the United States October 10, 1862. Young Randall's introduction to the men of the regiment was under the title of "Jimmie," son of the colonel. Jimmie was given much attention by the young members who always sympathized with him in his boyish fun and frolic, also because of his being without the influence of a good mother, home and the schoolroom. Young Randall enlisted arid . was mustered as a musician. January 1st, 1863, and assigned to duty as a drummer in Company F. While the regiment was in camp near the Occoquan he had several narrow escapes from being captured by bushwhackers while carrying dispatches. Was personally thanked by General Stannard for staying on the field at Gettysburg. Mustered out with the regiment July 21, 1863. Again enlisted from Montpelier, Vt., January 5, 1864, and mustered in March 3. 1864 as a musician in Company E, 17th Vermont Volunteer Infantry. The company left the state with the battalion April 18, 1864, and reached Alexandria on the 22nd, and was assigned to second brigade, second division of the Ninth Army Corps. The regiment joined the brigade April 25th, and started on the 27th of April, 1864, for the Wilderness battlefield. Mustered out July 14, 1865. Have followed various occupations since I left the service. Married and have a daughter, Rowena M. Randall. Now reside at West Medway, Mass.

Randall, Francis C. 12 March, 1924: "Francis C. Randall, better known as 'Jimmie," the youngest boy to enlist in the Union Army from Vermont during the Civil War, died last week at his home on Liberty Street, Montpelier, at the age of 72 years. He suffered a shock on Feb. 6, from which he could not recover. Mr. Randall was born in Northfield, Vt. 3 April, 1851, son of Colonel Francis V. Randall, whose regiment he enlisted on 1 Jan., 1863, at the age of nine years and nine months. He was mustered out of service 15 July, 1865. Recognition of his military service came late, for he received a year ago from the War Department in Washington, a metal for bravery, for carrying water to the wounded under fire in the Battle of Gettysburg. He served as a drummer boy in the 17th Vermont Infantry. Mr. Randall was wounded in the Battle of Gettysburg, and wore throughout his life, a silver plate in his head, put in by Army surgeons."
Source: The Vermont Tribune, Ludlow, Vermont. Contributed by Linda M. Welch, Windsor County researcher.