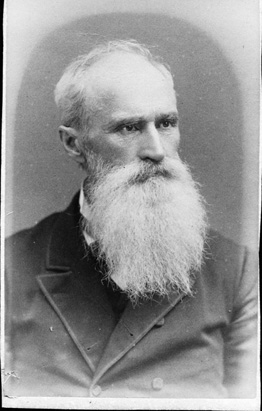 William Rounds, one of the most prominent citizens of Chester, died at his home on Main street, Thursday aged 72 years. He was born in Chester July 13, 1825, and was a son of Mr. and Mrs. William Rounds. When a young man he taught school in several districts in this vicinity, receiving his education in the common schools and at the old Chester academy. Later he studied law with Oraniel Hutchinson of Chester, and from there he went into the law office of Barrett & Tracy at Woodstock. While there he was admitted to the bar. Mr. Rounds represented Chester in 1857, 1858, 1863 and 1867. for one year during the war he was major of the 16th Vermont volunteers. From 1868 to 1878 he was probate judge for the district of Windsor. He held the office of state's attorney in 1860 and 1861. Mr., Rounds was also a member of the constitutional convention. In 1886 he was elected assistant judge of the Windsor county court, holding the office until 1896, when on account of failing health, he was obliged to resign the office, since which time he had grown feeble very rapidly.