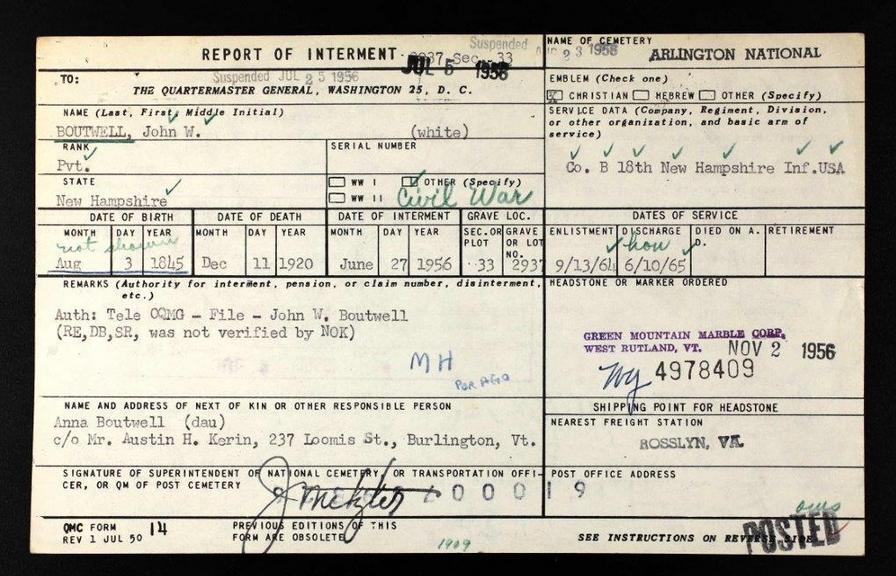 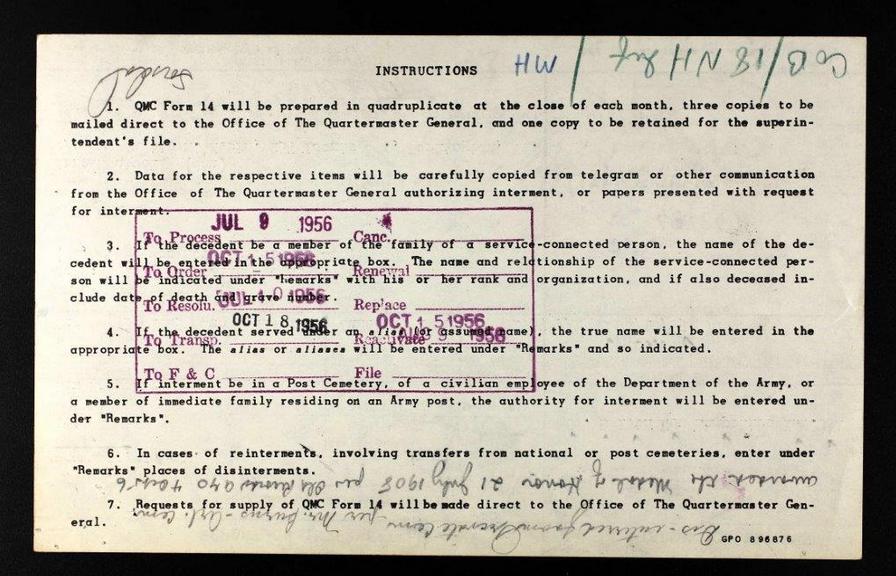 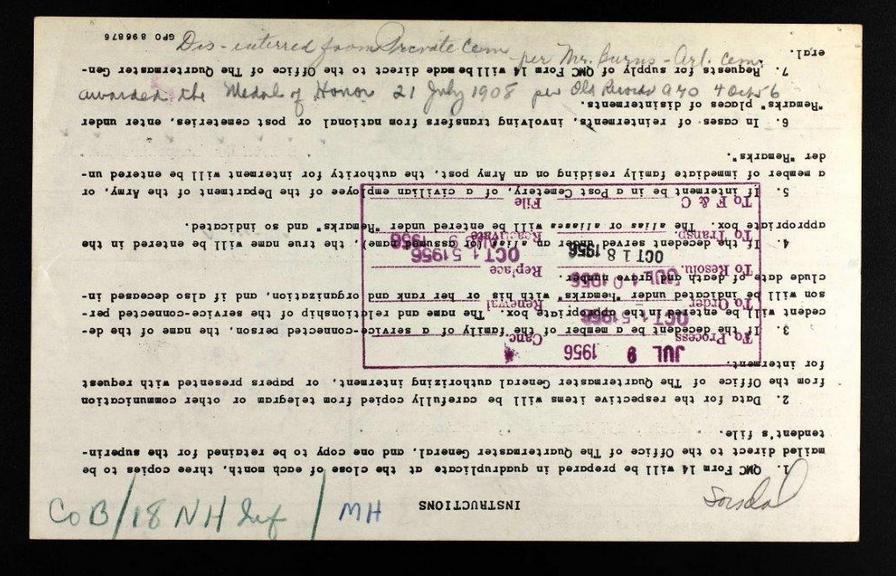 John W. Boutwell, born in Hanover, N. H., August 3, 1844, son of Luman and Amanda Boutwell, entered into rest December 11 after a short illness in Newark, N. J., where he had gone three weeks previously. Two years ago Mr. Boutwell suffered a severe illness from which he never regained his former vigor.

John Wilder Boutwell enlisted in Company B, 18th New Hampshire Volunteers at the age of 19 and served with his company until mustered out in 1865, Mr. Boutwell enlisted as a private and returned as a private, having refused promotion for conspicuous gallantry at the siege of Petersburg. For this deed of valor he was granted the congressional medal of honor, the highest award given a soldier.

After his return from the war he was employed by his uncle, Colonel Boutwell, at the old Pelham Hotel in Montpelier, where he married Mary Considine, who died January 4, 1920. The greater part of his life was spent in Burlington, where he was superintendent of Linsley's coal yard and when Gay & Henderson’s coal firm was organized he accepted a similar position with them, which he held until the partnership was dissolved, covering a period of over 25 years. From that time he was not actively engaged in business.

Mr. Boutwell was known for his integrity of character and upright dealing and it is given to few men to be so loved by those with whom he came in daily contact. Stannard Post, G. A. R., has lost one of its staunchest members. One whom it honored by electing him commander seven times, an unprecedented term. In his immediate family, he is survived by his daughter, Anna, of Newark, N. J., where he had gone to spend the winter, and by two nephews, Marcus N., of Hartford, Conn., and George M., of Portland, Ore.

The body, accompanied by his daughter, arrived in this city on the 6:30 train Sunday evening and was escorted from the train to his home, 21 Spruce street by a large delegation from Stannard Post.

Funeral arrangements are not yet completed.