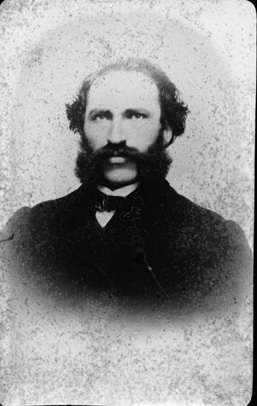 The son of Lucius and Happylona (Steele) Shaw, was born at Waitsfield, Vermont, in 1833. He was fitted for college at the West Randolph, Vermont, Academy, and entered with our class, but took up his standing at the end of freshman year. He was a brother of Lucius S. Shaw of the class of 1857.

After leaving college he commenced the study of medicine, and was graduated from the Medical Department of Dartmouth in 1858. He was commissioned an assistant surgeon of the First New Hampshire Infantry, three months regiment, serving from May 2, 1861, to August 9, following. His residence at this time was given as Hanover. He soon after joined the Fifth Vermont Infantry in the same capacity, and served until he died of fever, at Alexandria, Virginia, September 7, 1862.

LUCIUS S. SHAW, Esq., brother of Dr. Henry C. Shaw, while practicing law in Lawrence, Kansas, enlisted in the 2d Kansas Reg., was promoted Lieut., and killed Sept 3, '61, by an accident on the Hannibal and St. Joseph Railroad, caused by the burning of a bridge. His body lies beside that of his brother.