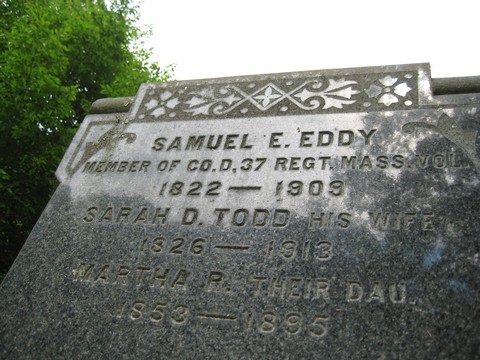 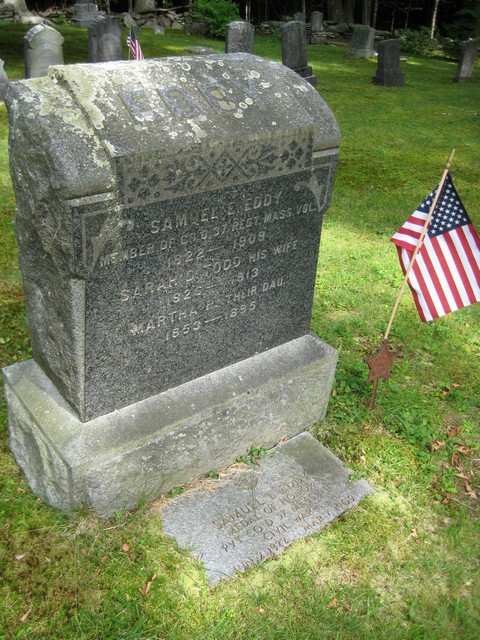 Samuel E. Eddy, 86, a veteran of the Civil war, died yesterday at his home in Chesterfield. He was a native of Whitingham, Vt., and had lived 60 years in Chesterfield. He was married July 3, 1849, to Sarah Todd of Chesterfield, and three children were born to them, who are Mrs. Alice Bliss of Florence, Henry of Chesterfield, and Harry of Florence. Mr. Eddy served three years in the Civil war in Company D, 37th Massachusetts regiment. He was presented a medal of honor by the secretary of war for gallant services in the Battle of Sailor's Creek. Mr. Eddy was a member of W.L. Baker Grand Army post, and the funeral, which will be held in Stanton hall in West Chesterfield tomorrow afternoon at 1 o'clock will be in charge of the post. Rev, M. T. Anderson will officiate and burial will be at West Chesterfield.