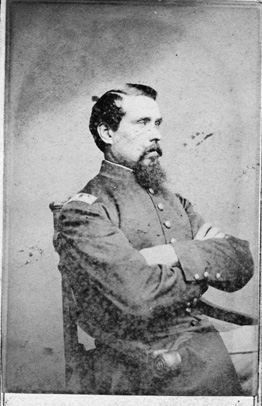 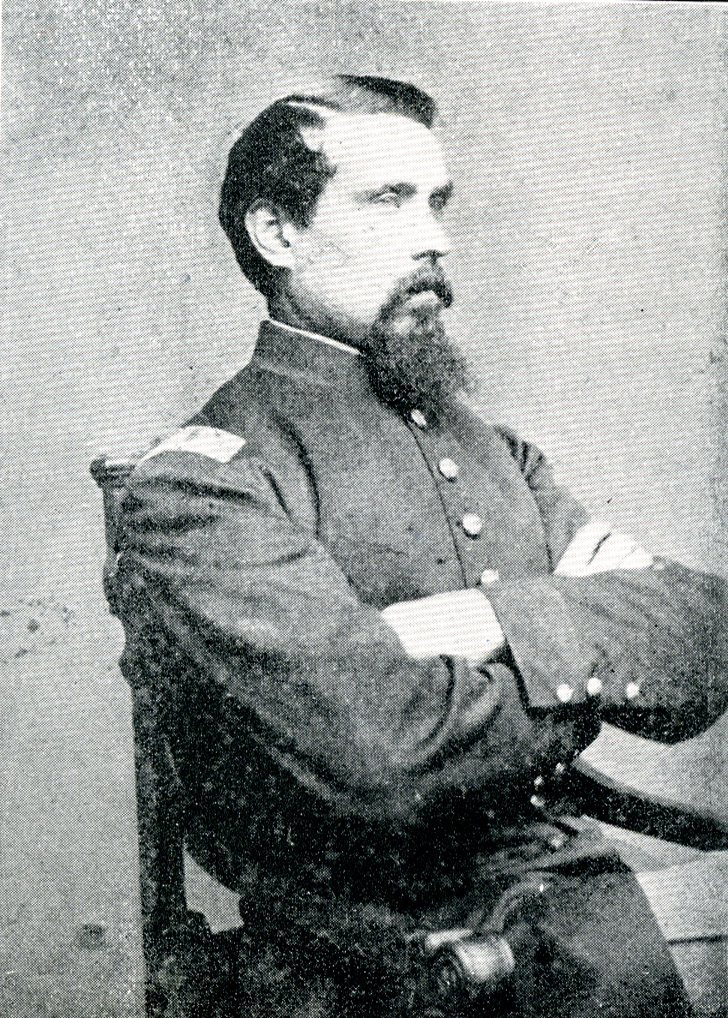 My recollection of John T. Sinnott dates from the time when he joined the Company at Burlington before its organization, coming from Rutland with a number of recruits, all Irishmen, most of them eager for a fight, in the service of the Nation. Young Sinnott was a native of Ireland; he was a school teacher at East Rutland, when the Nine Months' Men were called for, and he at once enlisted and came to Burlington. At the election of officers he was unanimously chosen First Lieutenant and proved himself a competent officer and a brave soldier. He was of fine physique, commanding in appearance, always gentlemanly, kind and generous, beloved and respected by every man in the company and regiment. It was my privilege to know him more intimately than most of the privates; my duties as company clerk bringing me in closer relations with the officers of the company than would have otherwise been possible, and I do not recall an instance of impatience or injustice on his part towards any members of the company. The relations between the officers, as far as I know, were harmonious and friendly, it is a satisfaction to me, after these many years, to pay this tribute to a good friend, a thorough gentleman and a brave soldier.

During the flank attack of July 3d he was struck in the forehead by a piece of shell and died a day or two after in a hospital and was buried at Gettysburg. I was near him at the time, we were lying behind the slight protection of rails, etc., which we had gathered together and had been in that uncomfortable position for some time; the men were uneasy, some of them would stand up to gaze over the rails to see what the conditions were in front, he raised up to caution the men, saying, "Boys, lie down or you'll surely be hit," when he himself received the fatal wound spoken of above.

He anticipated his fate and in his pocket was found a paper written at the close of the first day of July, giving directions for a disposition of his property and bidding farewell to his betrothed. His remains were subsequently removed to Vermont and interred in the Catholic Cemetery at West Rutland.

It was understood that he was to be promoted to the captaincy of another company and while he would have rejoiced at his promotion the feeling was that his removal would be a serious loss to Company A.

LIEUT. SENNOTT (sic) - We learn from one of our townsmen, who has just returned from Gettysburg, that Lieut. Sennott, from this place, and a member of Co. A., 13th Regiment, died in hospital at Gettysburg on the 11th inst. The last intelligence we had received regarding him, was from an officer of one of our nine month's regiments, and was to the effect that he would probably recover, which we took pleasure in stating to our readers. The announcement of his death will therefore fall with the more suddenness upon the community.

The brilliant conduct to the company of which Lieut. Sennott was a member, at the battle of Gettysburg; the conspicuous part it bore in the dashing charge of Thursday upon the rebels and the recapture of the guns of a company of the 5th regular artillery, bringing off rebel cannon besides, is well known to our readers. Lieut. Sennott took a prominent part in this charge, and conducted himself throughout the battle with great bravery, until he was, at it proves, mortally wounded on Friday by a shell exploding near him, a fragment of which struck him upon the forehead.

Lieut. Sennott was active in enlisting men for his company when the 13th regiment was formed; he has shown that he was a most gallant soldier and patriotic man, and his memory will live in the hearts of a grateful community.