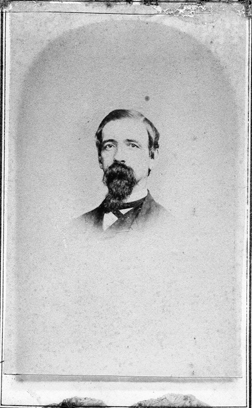 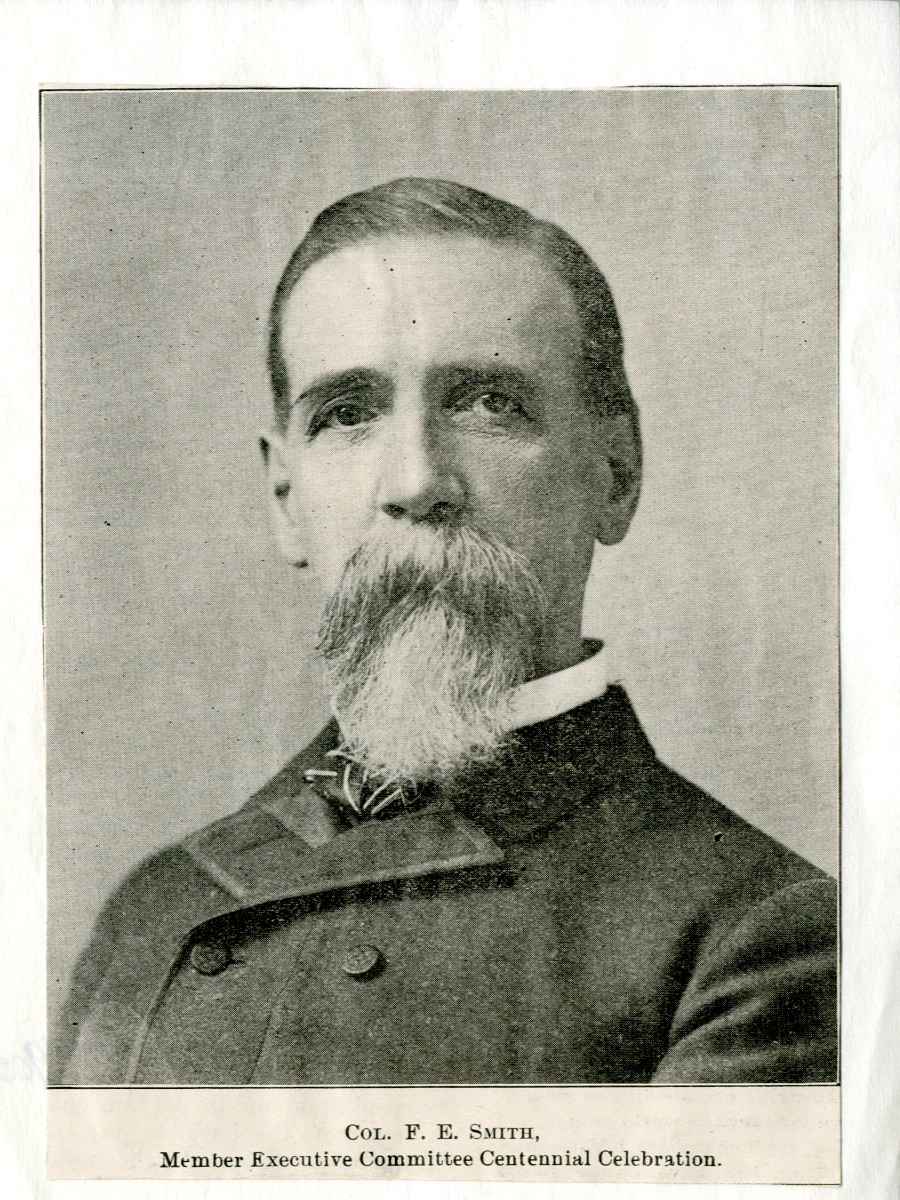 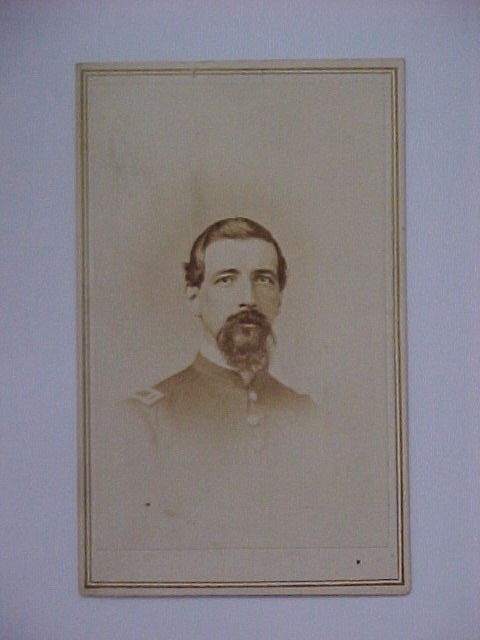 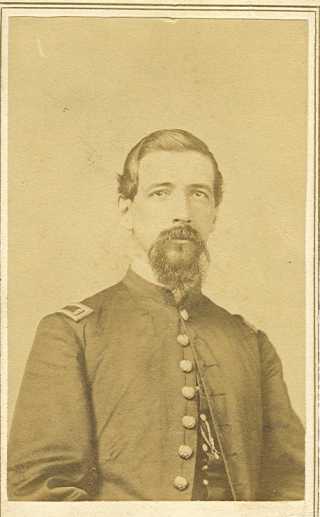 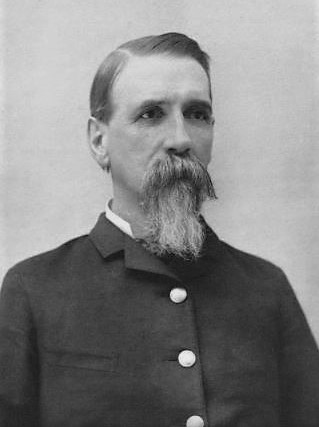 Smith, Frederic Elijah, of Montpelier, son of Elijah and Anna (Robertson) Smith, was born in Northfield, June 11, 1830. His grandfather served in Thomas Barney's Co., in Col. Ira Allen's regiment during the Revolutionary war.
Mr. Frederic Smith pursued his studies in the common schools until sixteen years of age, then entering Newbury Seminary, graduated from that institution, and in 1848 became a clerk in Loomis & Camp's dry goods store in Montpelier. In 1853 he established himself in Montpelier as a druggist, which occupation he was pursuing with great success when the civil war broke out. Leaving the concern in charge of his clerks he entered the service of his country, to which he had been summoned by Gov. Erastus Fairbanks to take charge of the arming, equipping and subsistence of the 6th Regt. Vt. Vols. With this regiment he was sent by the Governor to the front in order to settle with several quartermasters who had left the state with their accounts unadjusted. While in discharge of this duty he was, Nov. 23, 1861, appointed quartermaster of the 8th Vt. Vols., and immediately returned to commence his new duties, assisting Col. Stephen Thomas in enlisting men, and afterwards taking charge of them while rendezvoused at Brattleboro. He accompanied the regiment which had been ordered to join the command of Major-General Butler to Ship Island, and later to New Orleans. Soon afterwards he was stationed at Algiers, on the west side of the Mississippi, where he was post quartermaster, and made provost judge by appointment of the department commander. He next served as commissary of subsistence on the staff of Gen. Godfrey Weitzel in the department of the Gulf, till December, 1863, providing for the army in the field during all of its marches till they finally arrived at Port Hudson.
After the war he returned to Montpelier where he engaged in mercantile pursuits till 1869, when he moved to New York, where he remained for three years. In 1872 he returned to Montpelier, where he became engaged in manufacturing, establishing factories in different towns, and having stores in several places in the United States.
Mr. Smith was married, Oct. 12, 1852, to Abba Morrill, daughter of Nathan and Betsey (Dole) Hale of Danville. Three sons were the issue of this union: two died in infancy, the third, Walter Joseph, was born May 9, 1862, and died May 9, 1881, one whose bright and lovely youth had given promise of a noble manhood.
Colonel Smith is now president of the Watchman Publishing Co.; of the Montpelier Public Library (from its foundation); the Colby Wringer Co., of Montpelier; the Maplewood Improvement Co., of Tennessee; and of the board of trustees of the Diocese of Vermont; he is vice-president of the First National Bank of Montpelier; of the Vermont Mutual Fire Insurance Co.; and the Bowers Granite Co.; a director in the National Life Insurance Co., and a member of its finance committee; in the Vermont Quarry Co., and in the Wetmore & Morse Granite Co. Colonel Smith was for four years prior to 1891, president of the Vermont Mutual Fire Insurance Co., an office which the pressure and importance of private interests compelled him to resign. Since the war Colonel Smith has maintained in the Grand Army of the Republic and Loyal Legionhis military associations, and for many years has been secretary of the Vermont Officers Reunion Society. He is also a member of the Sons of the American Revolution.
He has always taken a deep interest in the educational interests of the state, and is a trustee of the Norwich University and Washington county grammar school, and was for some years president of the Montpelier school board. He has long been junior warden of Christ Episcopal Church in Montpelier, a trustee of the Vermont Episcopal Institute, Bishop Hopkins' Hall, a member of the board of investment of the aged and infirm clergy fund, and has been a delegate to the triennial conventions of his church in New York and Baltimore.
In 1876 he was appointed aid to Governor Fairbanks with the rank of colonel, and in 1886 and 1888 served two terms as a senator for Washington county. In 1892 he was made delegate-at-large to the Republican National Convention at Minneapolis.