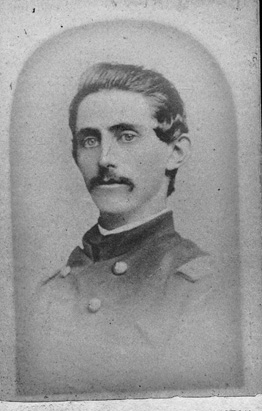 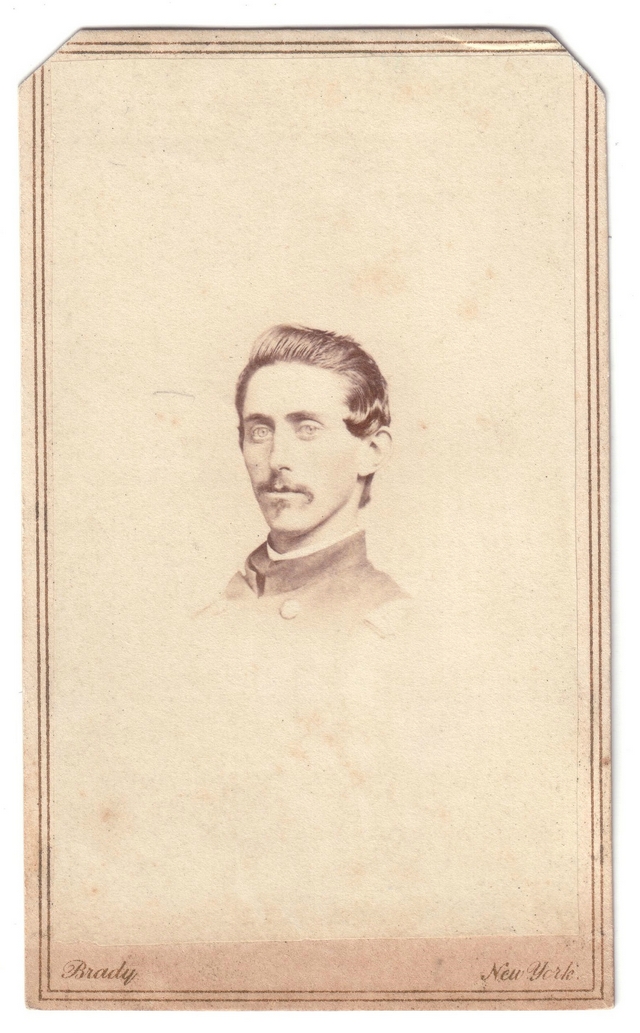 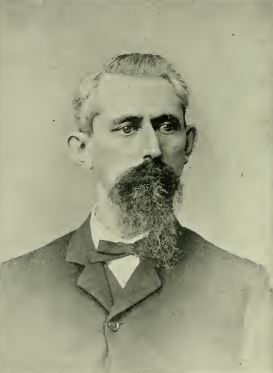 COL. HOMER R. STOUGHTON. The military history of this officer has been pretty completely given throughout the work, and these sketches are more for the purpose of showing something of after-army life, when the soldier becomes again a citizen. There is one thing, however, I will mention with his soldier's career: that is when the regiment re-enlisted as veterans, the non-commissioned officers and privates presented to Lieut.-Col. Stoughton a beautiful sword, belt and sash, with the numerous battles in which the regiment had been engaged up to Jan. 1, 1864, inscribed thereon, which bespoke more than words the feelings of the men who shot the rifles, towards their commanding officer. Col. Stoughton's civil life since the war has without doubt been a very busy one. Having entered the army from a railroad position, he naturally returned to the railway service after leaving the army, in 1865, on going back to Vermont, his native state, where he became agent at Randolph for the " Central Vermont R. R." from 1865 to 1872. Was postmaster from 1866 to 1872, a Republican committee man in town and county. Was transferred in '72 to same position on the "New London Northern," stationed at Palmer, Mass. In April, 1876, he went to Reading, Mich., in charge of a wringer company remaining through 1877, and was a member of the city council of that place. Went back to Palmer beginning of '78 as railway agent again until 1883, when he was made freight agent at New London, Conn., until Jan. 1, 1885; then accepted a position with the "Shelby Iron Company" at Shelby, Alabama, and was elected Director and made General Manager in April of that year, and Vice President in 1886, which positions he held until the property changed owners in 1890, but continued general manager until April 1, 1891. In May, '91, was made general manager of the "Florence Land Mining and Mfg. Co." at Florence, Ala., which he vacated in May, 1892. At present Col. Stoughton is engaged in the real estate business in Cleveland, Ohio. For a number of years he has been an active worker as teacher and superintendent of Sunday schools in the Congregational churches, with which he has been connected since 1868. The colonel has settled with his family, wife and seven children in Oberlin, in the hope of giving all a fine education in the excellent institutions there located.

The Kalamazoo Gazette-News
Kalamazoo, Mich., Saturday Morning, September 20, 1902. NO 227
Died While Visiting Otsego.
Otsego, Mich., Sept. 19. Colonel Homer Stoughton, aged 66, of Barre, Vermont, here on a visit, was stricken with apoplexy and died within an hour. He was a colonel in Berdan's sharpshooters during the civil war and an employee of the Vermont Central Railroad. He leaves a widow, who accompanied him on his visit and six children. The remains will be taken to Vermont.

The Evening Press. Five O'Clock
Grand Rapids, Mich., Thursday, September 18, 1902
Died Far From Home.
Vermont Man Was Stricken With Apoplexy at Otsego.
Otsego, Sept. 18. Col. Homer R. Stoughton and wife of Barry, Vt., arrived last Friday to visit Captain and Mrs. H. C. Stoughton of this place. The two brothers attended the ball game yesterday afternoon and while there Colonel Stoughton was stricken with apoplexy. He was taken to his brother's home and died soon after. Mr. Stoughton was a colonel in Berdan's sharp shooter's in the Civil war, and was 66 years old.

St. Albans Daily Messenger
ST. ALBANS, VT., THURSDAY, SEPTEMBER 18, 1902
RECENT DEATHS
Col. H. R. Stoughton.
Col. H. R. Stoughton, a popular and widely known resident of Barre and superintendent of the Barre Branch of the Central Vermont railway, died Wednesday afternoon in Otsego, Mich. Death was due to heart failure and was sudden as he dropped dead while supposedly in his usual health. His wife was with him in Otsego. His son, Homer R. Stoughton, left for Michigan Wednesday night and with Mrs. Stoughton, will accompany the body to Barre for burial.
Colonel Stoughton would have been 66 years old in November. He was born in Quebec and from the age of seventeen until the present day, with the exception of eight years in Alabama and the time spent in the Union army during the Civil War, had been a constant employee of the Central Vermont Railway. In September, 1861, he raised a company of sharpshooters and served with gallantry throughout the war. He participated in many engagements and was captured and taken prisoner at Petersboro. He was confined in the rebel prison pens at Bacon, Charlestown, and Columbia, S. C.
He married Miss C. A. Atwood, of Ripton, who, with seven children, survives him. He moved to Barre in December, 1892, having previously resided in Randolph and South Royalton. He had also lived in Oberlin Ohio, and in Alabama a period of eight years. In the latter place he was at first auditor of the Shelby Iron Co. and later its general manager and vice-president.
Colonel Stoughton had been in poor health for several months past and went west in the hope of receiving benefit there.