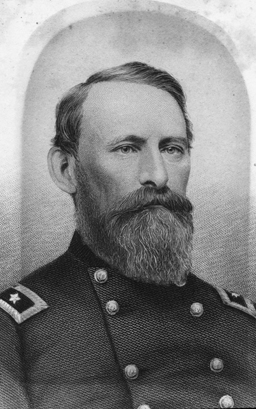 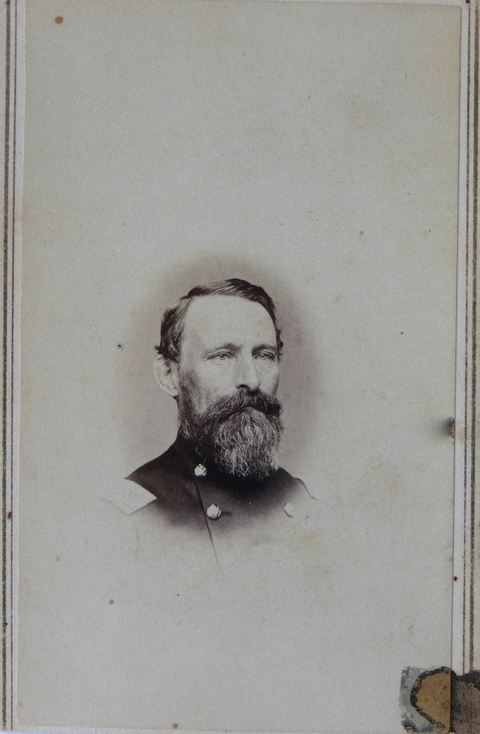 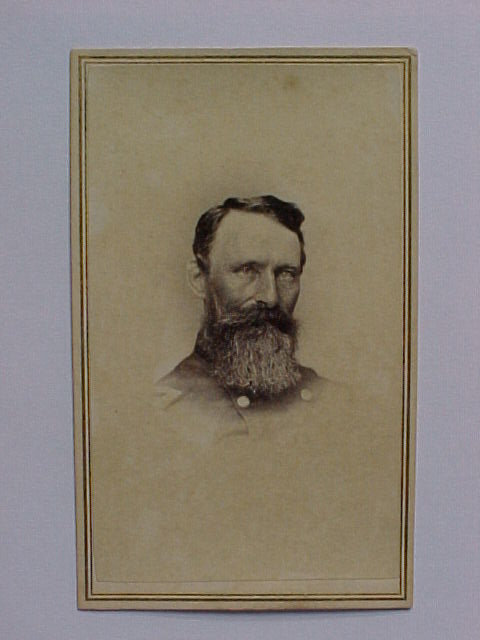 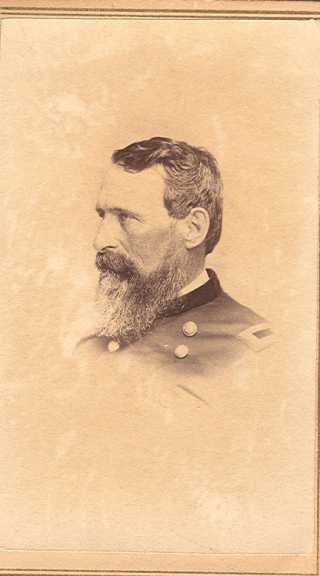 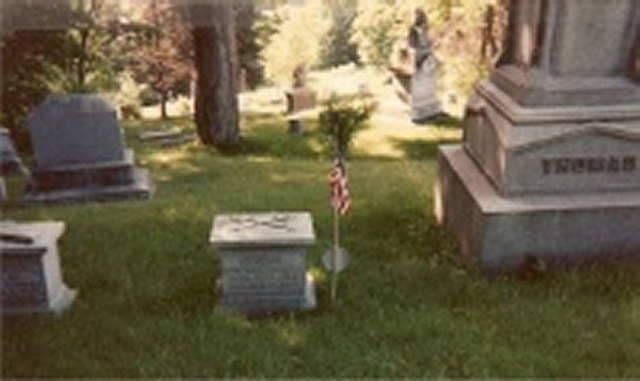 Thomas, Stephen, of Montpelier, son of John and Rebecca (Batchellor) Thomas, and grandson of Joseph and Hannah (Vickery) Thomas, was born in Bethel, Dec. 6, 1809. His grandfather Joseph served in the Revolutionary war, and was a lieutenant in a New Hampshire regiment in the Saratoga campaign, and his father John was a soldier in the 31st Regt., U. S. Inft., in the war of 1812, and died from exposure in service at Plattsburgh.

Stephen was but four when his father died, and his widowed mother's circumstances were such that he had to go to work when a mere boy. He went to district school in Thetford, and at eighteen was apprenticed to a woolen manufacturer, and followed his trade in Thetford, Strafford and West Fairlee. He started manufacturing for himself at Hartland, but was burned out and went to work in Thetford, and finally settled in West Fairlee. Here he did a good deal of sheriff business, and also pension business, and was soon the leading man of affairs in town.

He represented West Fairlee in the House in 1838, 1839, 1845, 1846, 1860 and 1861, and was a state senator from Orange county in 1848 and 1849. He was a delegate to the Constitutional Conventions of 1843 and 1850; register of probate for the district of Bradford from 1842 to 1846, and judge of probate for that district from 1847 to 1849. Judge Thomas was active in politics, and an earnest Democrat till the rebellion began. He was an alternate to the Democratic national convention of 1848, and a delegate to the next three conventions, those of 1852, 1856, and 1860. At the sessions of the convention of 1860, at Charleston, S. C., and Baltimore, he became convinced of the set design of southern Democrats to break the Union if they could not control it. He was the Democratic candidate for Lieutenant-Governor in 1860, and earnestly advocated the election of Douglas.

At the special session called by Governor Fairbanks at the outbreak of the rebellion in April, 1861, the greatest sum proposed to be raised for war purposes was half a million dollars, but Judge Thomas urged with energy that it be a million-and his fiery zeal carried the appropriation which he well knew would be needed.

November 12, 1861, he was made colonel of the 8th Vermont, which regiment he raised and led to the South, remaining its colonel till Jan. 12, 1865. Feb. 1, 1865, he was commissioned brigadier-general of volunteers, and served as such till August 24, 1865. He was elected Lieutenant-Governor in 1867 and 1868, and under commission from President Grant was pension agent for Vermont, with headquarters at Montpelier, from 1870 to 1877. He is now president of the U. S. Clothes Pin Co. of Montpelier, which does a large jobbing business in lumber and house findings, and not only extends its clothes-pin trade over the whole country, but does a large export business. The corporation now employs fifteen hands. He is also president of the North Haverhill Granite Co.

General Thomas served with distinction in the department of the Gulf till 1864, when his regiment was ordered North, and in the summer of that year put under Sheridan in the Shenandoah Valley. His services at the battles of Winchester, Fisher's Hill, and Cedar Creek were of the highest order. He was commended in general orders for services at Winchester, Sept. 19, 1864, when he charged with the 8th Vermont and 12th Connecticut, under his command on his own responsibility. It is not unjust to other brave officers to tell the truth, that at all soldiers' reunions the applause always gets to its highest when General Thomas appears. He was the idol of the common soldier, and the veterans seem to add year by year to their enthusiasm for the bluff-sometimes gruff and always brave-old general.

General Thomas married Ann Peabody of Reading, who died at West Fairlee, Jan. 8, 1877. They had two children: Hartopp of Junction City, Wis., and Amanda T., widow of Luther Newcomb, who was many years county clerk at Montpelier.

General Thomas has, since the death of his wife, made his home at Montpelier with his daughter, Mrs. Newcomb. He has held the highest places of honor in the gift of the various veteran associations in the state, the camp of the Sons of Veterans at the capital is "Stephen Thomas Camp, " and so the sons, like the fathers, regard him as the type of the American citizen soldier-exemplar by descent of those who in battle founded and defended, and in person of those who in battle preserved, the great Republic.

Gen. Stephen Thomas, for years prominent in Vermont, died yesterday in Montpelier, Vt., at the age of ninety-four years. He was a manufacturer of clothes pins. Gen. Thomas, who was a Democrat, served in the Legislature, and in 1867 was elected Lieutenant Governor. In the following year he was made Pension Agent for Vermont. He organized the Eighth Vermont Militia, of which he was made Colonel. In 1865 he was commissioned as Brigadier General. He was born in Bethel.

General Stephen Thomas died at Montpelier, Vt., on the 18th inst., from the result of injuries caused by a fall about three weeks ago. General Thomas had reached the great age of 94 years. When the civil War broke out General Thomas, who had been a lifelong Democrat, was a member of the Legislature convened by the Governor April 22, 1861, and was responsible for the appropriation of $1, 000, 000 for military purposes, other Legislators advocating only one-half that sum. Thomas was appointed Colonel of the Eighth Vermont Regiment which formed part of General Butler's force which occupied New Orleans. Thomas was distinguished for gallantry at Port Hudson in June, 1863, and at Cedar Creek, October 19, 1864, he commanded the Second Brigade, First Division, Nineteenth Army Corps, with such signal courage and ability that he was made full Brigadier General of Volunteers when he was 55 years of age. After the war General Thomas became a Republican and was elected to the office of Lieutenant-Governor. He held the office of Pension Agent for many years, and to the last of his days was active in public affairs. He came of old fighting New England stock; he was 52 years of age when he became a soldier, and 54 before he ever saw a battle, and yet this old farmer Colonel behaved like a seasoned veteran in is first fight. He was too old to make a good "dress parade" colonel, but whenever there was a fight general Thomas made an admirable officer, cool, energetic and bold. With the exception of the late General George B. Greene, who lived to be 98, General Thomas reached a greater age than any general officer of the Civil War.

General Stephen Thomas died Friday afternoon, aged 94 years. Up to three or four weeks ago General Thomas had been in fairly good health and able to be out of doors. He sustained a severe shock to his nervous system by falling at his home, four weeks ago, and striking his head on a table leg. Since that time he had gradually failed, and was unconscious for hours before he passed away.

On Sunday, December 6, General Thomas celebrated his 94th birthday, and was able at that time to receive many old friends and companions in arms. At the last annual reunion of the 8th Vermont Regimental association, of which he was the perpetual president, General Thomas was given an ovation by the members of his old command, remained to the banquet and spoke for twenty minutes in the evening with much of his old-time fire and vigor.

General Thomas was born in Bethel, Dec. 6, 1809. His grandfather was of revolutionary stock, and his father served in the war of 1812, dying in the service when Stephen was but four years old. His first business venture for himself was as a woolen manufacturer at Hartland, A few years later he moved to West Fairlee, which town was his home until 1868, when he was appointed pension agent for Vermont and moved to Montpelier to reside.

General Thomas represented West Fairlee in the legislatures of 1836, 1838, 1845, 1846, 1860, and 1861. At the special session of April, 1861, although a leading democrat of that time, Thomas made himself famous by rising to amend the bill to raise a half million dollars for war expenses to a million dollars, and the amendment prevailed.

For many years after his retirement from the pension agency, General Thomas was president and manager of the United States Clothes Pin company in Montpelier. After retiring from active life he was cared for by Mrs. Amanda Newcomb, his daughter. She died suddenly about a year ago, while attending the annual encampment of the Woman's Relief Corps at Washington. Since Mrs. Newcomb's death Dr. and Mrs. Charles Newcomb, the former, a grandchild, have tenderly smoothed the last days of the veteran. General Thomas married Ann Peabody of Reading, who died in 1877.

He was made colonel of the 8th Vermont regiment in 1861. In February, 1865, he was commissioned a brigadier-general and served as such till the close of the civil war. At Fisher's Hill, Cedar Creek and Winchester, General Thomas served with conspicuous gallantry, and for leading his brigade on a charge on his own responsibility at Winchester, he was commended in general orders. It was just before leading this charge that General Thomas said to his men: "Boys, if any of you are in the habit of praying, pray now and pray quick and pray hard. Remember old Vermont and Ethan Allen and we will drive those fellows to hell, where they belong.”

In the death of General Thomas, Vermont loses one of its oldest citizens, one in whom she has always taken special pride, and one whose memory will be kept green so long as integrity, devotion to duty, love of country, and love of honor are known and appreciated.