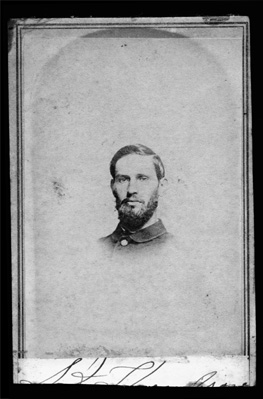 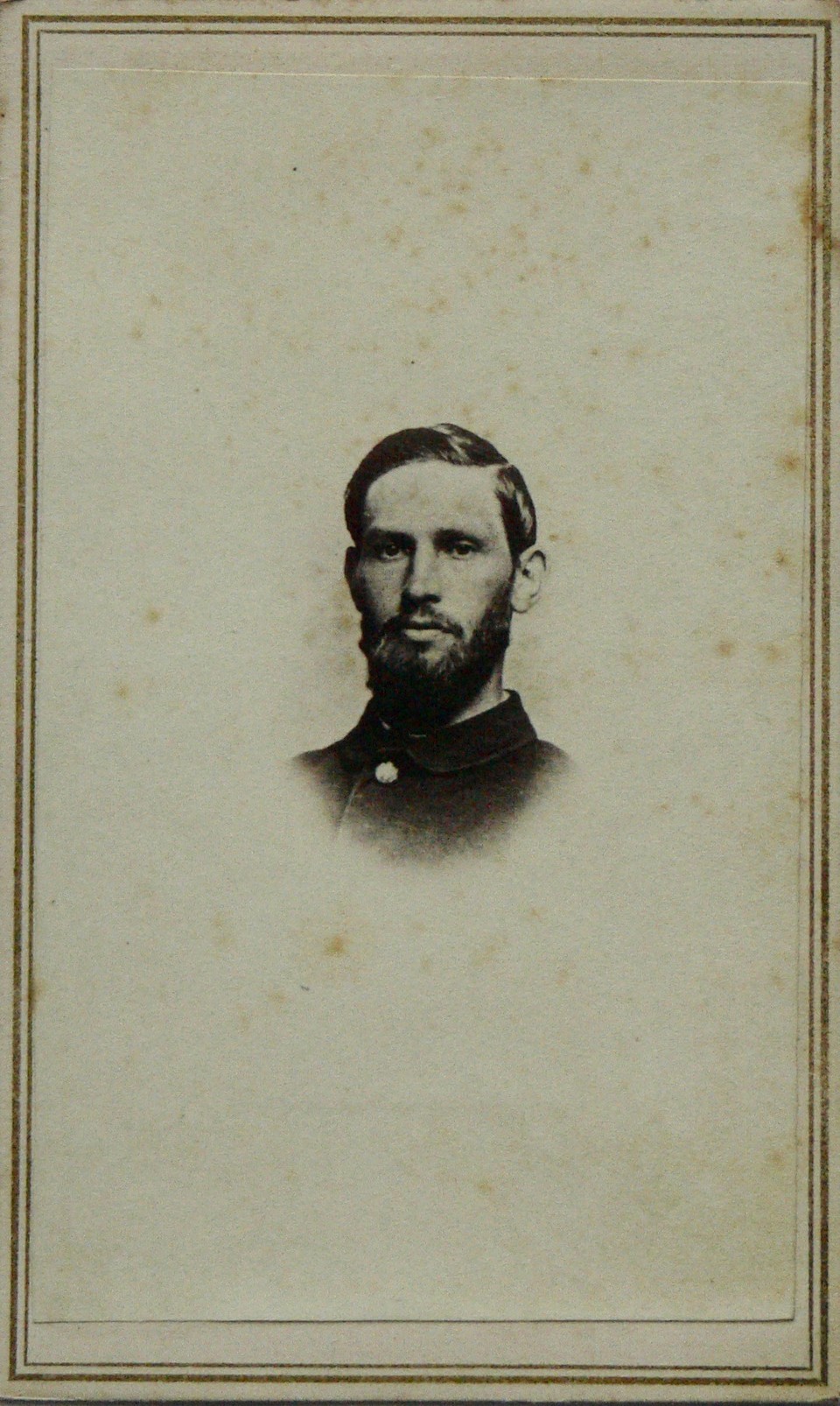 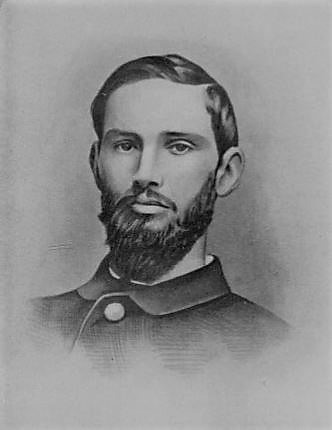 LUCIAN D. THOMPSON was born at Waterbury, Vermont, in 1831. Of his early life nothing has been definitely ascertained except that by occupation he was a farmer, and previous to 1860 he had spent some time in California as a miner. He entered the service in 1862, on the twelfth of July, and assisted Major Dillingham and Lieutenant Stetson in raising Company B, for the Tenth Regiment Vermont Volunteers. He was commissioned Second Lieutenant of this Company, on the fourth of August following. But his excellent qualities and soldierly deportment soon marked him for advancement, even before he had been tried by the test of battle. Within four months he was promoted to a First-Lieutenancy in Company G., made vacant by the promotion of Captain Blodgett. Again, after abundant tests of his mettle in a dozen battles, he was promoted to be Captain of Company D., June seventeenth, 1864. But he never sought these promotions. His modesty forbade him ever seeking any but a place of danger or duty, and his generous nature often led him to perform a friend's duty when he, by the customs of the service, was temporarily relieved of responsibility.

He even hesitated to accept his first promotion. He said that he did not like to part with his company associates, and he did not want promotion until he had earned it. At last his manhood earned him all the titles that were ever conferred upon him. His friendship was perpetual; those to whom he was attached could not be maligned in his presence. He never boasted of what he would do, but did all in camp, campaign and battle that fell to his lot. He was brave but never reckless, cautious and never timid. He questioned no authority -- "never reasoned why." In the execution of the vast labors of a good company commander, and in bearing those large responsibilities, he only doubted his own fitness.

By his modesty, frankness, stern integrity and ingenuous friendship, he won the confidence of all, by his faithfulness and patriotism, their respect, and was well deserving of his country. He participated in all the battles and skirmishes of the regiment up to the time of his death, and among them the following: Locust Grove, Wilderness, Spotsylvania, cold Harbor, Petersburg, Monocacy, Winchester, Fisher's Hill and Cedar Creek. At this last-named battle, on the morning of the nineteenth of October, 1864, he was instantly killed. The army lying on the north bank of the Creek, behind slight entrenchments, was surprised on the extreme e left of the line before daybreak, attacked and driven from its position. This at once compelled a change in the position of the right, of which our command formed a part, and we were formed in line of battle exactly at right angles to the original position; thus we were brought squarely in front of the enemy. Here the broken columns of the left passed us, and the enemy pressing on in force, we were obliged to fall back, and this line was soon occupied by him. But his exultation was brief. We charged and retook the position, recovering three pieces of Captain McKnight's Battery which had been abandoned upon our first advance movement, and drove the rebels in confusion across the valley, and over the ridge beyond. They soon rallied, however, in front an on the right an left, and the troops on the left of us falling back, both flanks were exposed, and again we fell back. It was in this action that Captain Thompson was killed, after two hours of desperate fighting. He was hit in the head, the ball passing through from ear to ear. Here, also, Lieutenant B. B. Clark was mortally wounded. Many other officers were wounded, and one-third or the entire command was placed hors du combat.

Company D now lists two Captains. Perhaps it is remarkable that both were shot through the head, and both "died and made no sign." But more remarkable that Washington County here lost the last of the three gallant officers whom it sent out with Company B, in the summer of 1862. Each had fallen fighting nobly with the brave men they commanded. In the subsequent operations of the day, through which defeat was turned into glorious victory, Thompson's body was recovered, and it now reposes near the home that his death shadowed, and which his patriotic memories must ever help to sanctify.