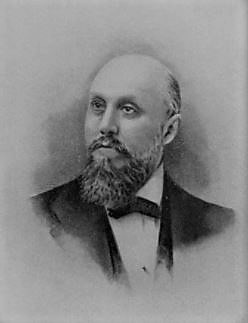 Bogue, C. D. - Of the firm of Bogue & Wyman, proprietors of the Kirkwood House, is a native of Vermont, and was born in 1832, and was raised there with a mercantile experience. He then went to New York, and entered the employ of a large dry goods house, and remained there until 1854, when he engaged in the dry goods business in Saint Albans, Vermont. At the outbreak of the war he sold out his business and enlisted in the Tenth Vermont infantry as private; was afterward commissioned second lieutenant, first lieutenant and captain. For six months he was engaged on provost duty in Maryland. He was detailed on the staff of the third division of the Third Army Corps, and retained this position until the Third Army Corps was merged into the Second, Fifth and Sixth Army Corps. He was then appointed on the staff of the third division of the Sixth Army Corps. He was wounded at Cold Harbor on the 3d of June, 1863, and at Frederick City, July 9, 1864, and laid in the officer's hospital, at Annapolis, for two months, and after recovering was sent to Portland, Maine, for light duty. For three months he was post-adjutant, and six, judge-advocate. After the surrender of Lee he was ordered back to his regiment to be mustered out, which occurred at Balies' Cross Roads in 1865 After his return from the army he came West and settled in Omaha, and after a residence of eight years in Omaha, in which he was engaged in the hotel business, he then changed his residence to Des Moines, where he resumed the same occupation. In May, 1879, in connection with John Wyman, under the name of Bogue & Wyman, opened the Kirkwood House, and has succeeded in building an enviable reputation. He has a cordiality of manner which is truly refreshing, and his social qualities give him preeminent fitness to preside over a public house. He was united in marriage with Mrs. J. A. Ayers, whose maiden name was Lacy, in 1879. She is a native of New York.