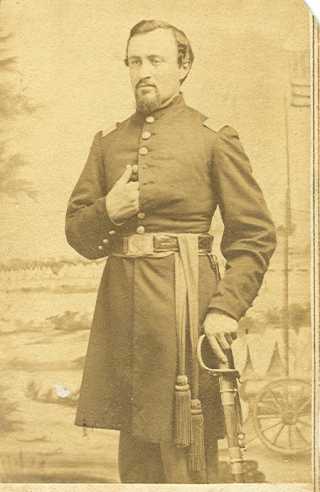 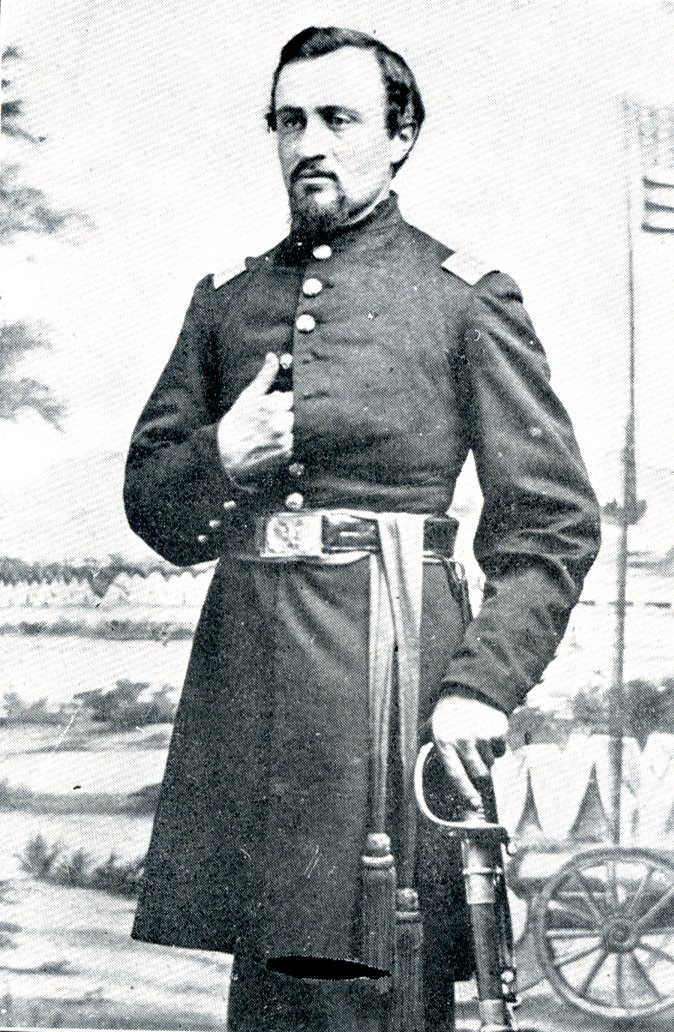 Only son of Julius Hoyt and Columbia (Chadwick) Bostwick was born September 24, 183'?, at Jericho, Vt. Mr. and Mrs. Bostwick were married at Cambridge, Vt., November 26, 1833. Their only daughter, Mary C, born September 23, 1835, married Samuel M. Walton, May 30, 1860, and now resides in Montpelier, Vt. Lucius H. Bostwick was a student at Burlington High School and the seminary at Port Edward. N. Y. After which he taught school and then was associated with his father in the care of a large farm, banking and speculating, he was universally respected by his fellow citizens for his sterling worth and patriotism, a devoted churchman, taking part in the services in the absence of a rector at Calvary Episcopal church at Jericho, Vt. When the call came for volunteers in July and August, 1862, both father and son were active in helping the selectmen to fill the town quota, generously offering $50 and the son's bounty of $50 to the next ten men that should enlist. The selectmen of the several towns having complied with the Governor's order No. 13, of August 13, 1862, the volunteers of said towns assembled at Richmond, Vt, September 10, 1862, and with the Hon. E. D. Mason, as presiding officer, proceeded to organize the Richmond company by the election of officers. This company was assigned as Company F, 13th Regiment of Vermont Volunteers Infantry. Lucius H. Bostwick was elected first lieutenant; promoted to captain March 3, 1863. A good soldier, a model officer. On account of continued illness it became necessary for him to resign, which was accepted June 3. 1863. He was taken from camp to a hotel in Washington. D. C, and later to a private family (a Mr. Prentice) by his mother, who tenderly cared for him through his illness. His father reached Washington the day before his death which occurred June 4, 1863. Together they took him to his old home in Jericho, Vt., where a last farewell was taken by his many friends. The funeral services were held in the same Church where he had so often attended. His body was taken to Montpelier, Vt, and placed In Green Mount Cemetery. The father and mother soon after his death removed to Montpelier and made their home with their daughter, Mrs. Mary C. Walton. : Madaia fiostwick, born November 14, 1814, died of typhoid fever October 14, 1880. Mr. Bostwick born June 10, 1805, died of old age February, 1887; both of them were buried in Green Mount Cemetery, Montpelier, Vt.

SAD NEWS - Intelligence was received on Friday morning last, from Washington, of the death of Capt. L.H. Bostwick, of Jericho, 13th regiment. His disease was typhoid fever. A few days ago he appeared so well that arrangements were made for bringing him home, but the spirit has gone to its final home, and the body only, will rest under the shadow of Mansfield, in one of the most beautiful valleys of Vermont. Capt. Bostwick was an only son, and greatly endeared to his family and friends. He was, too, a young man of fine character, and a good officer.