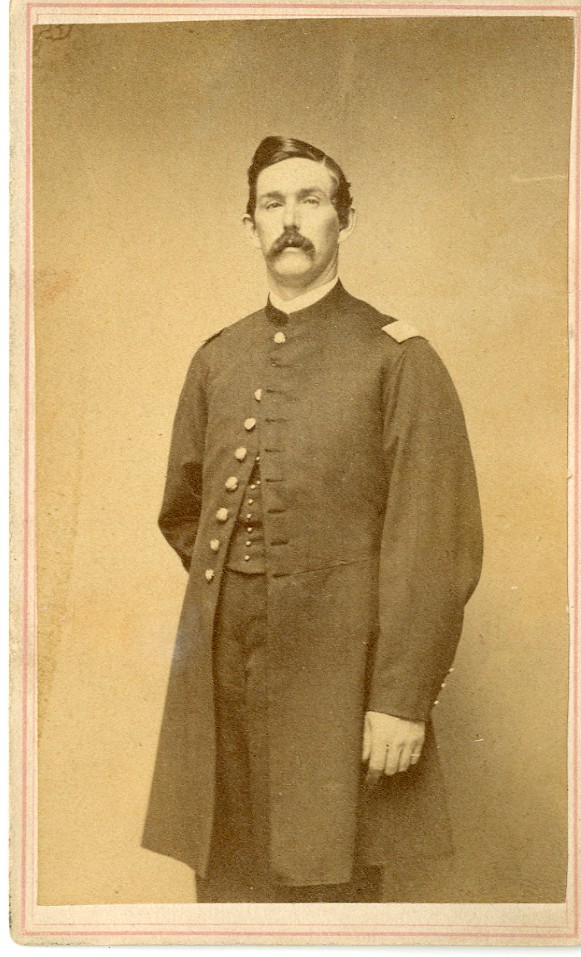 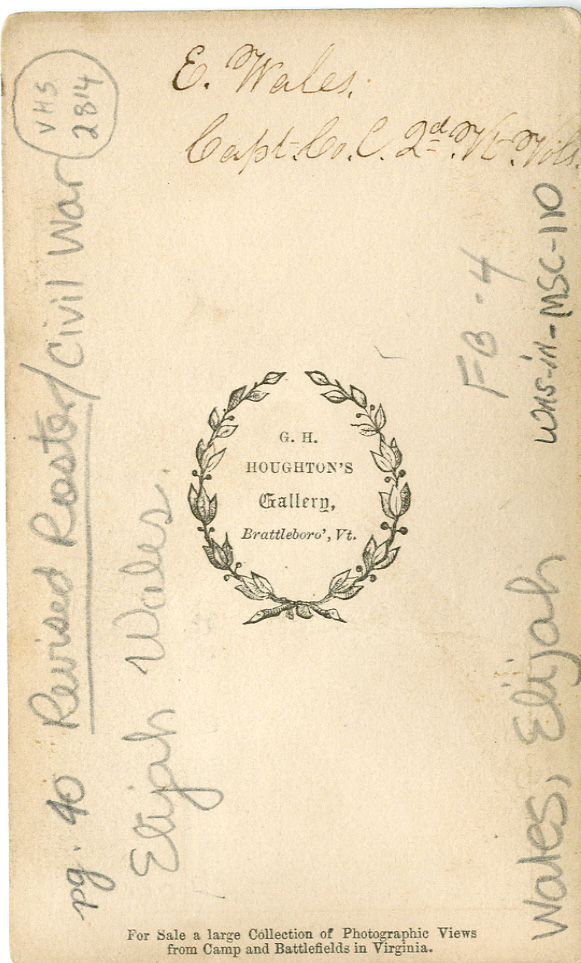 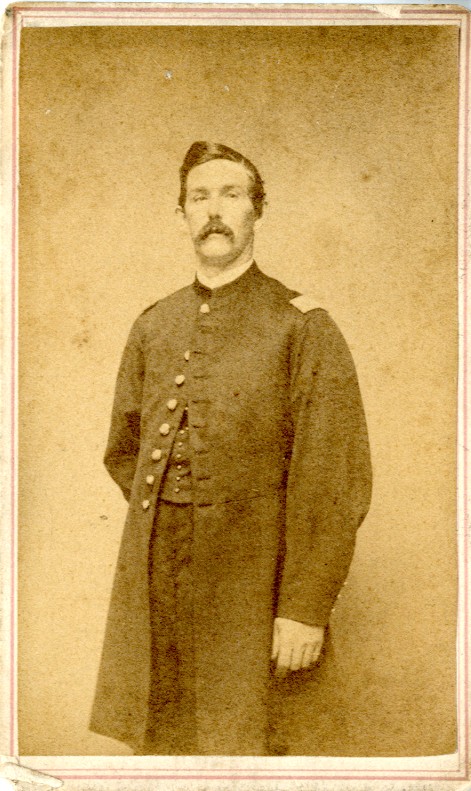 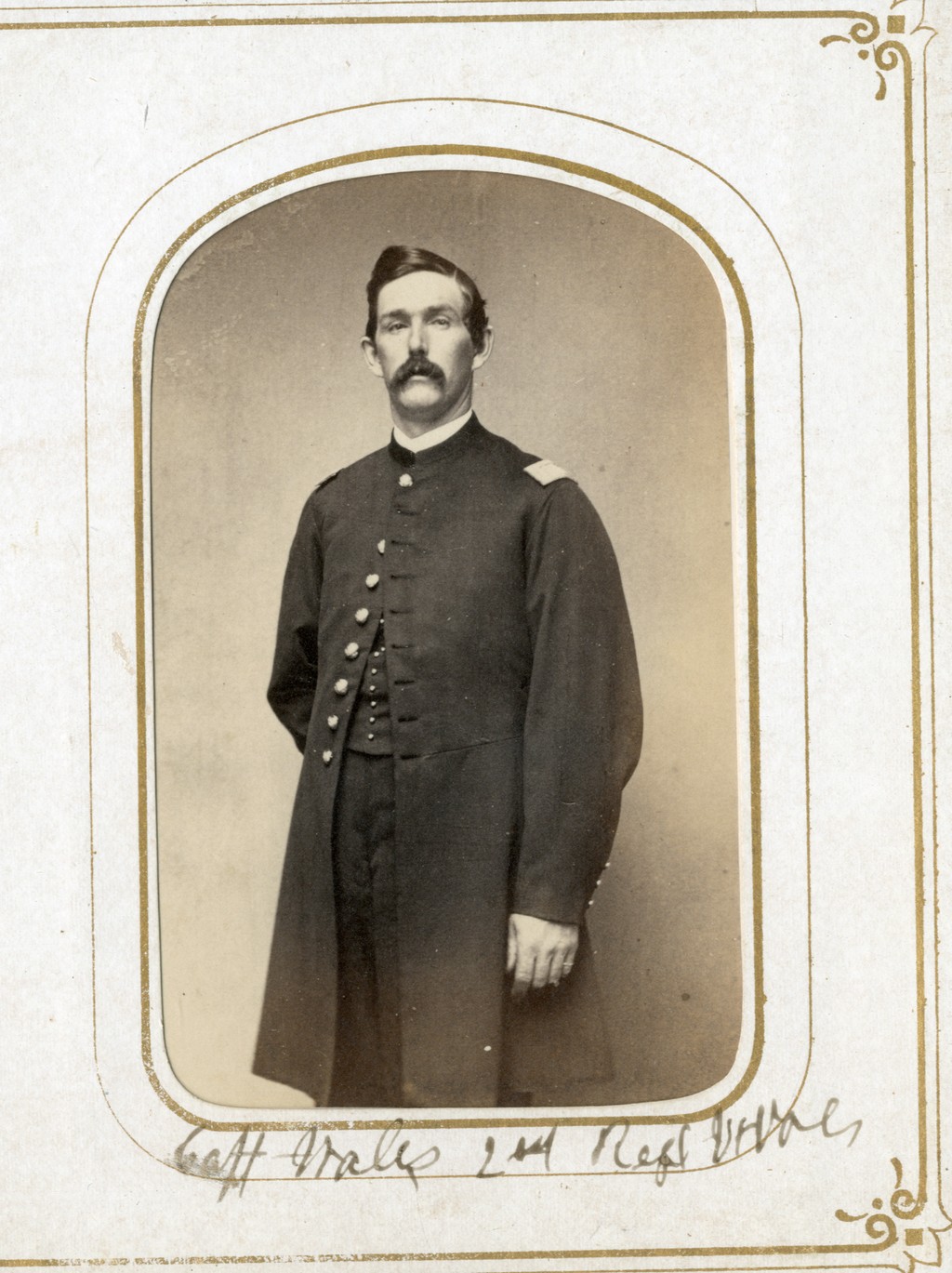 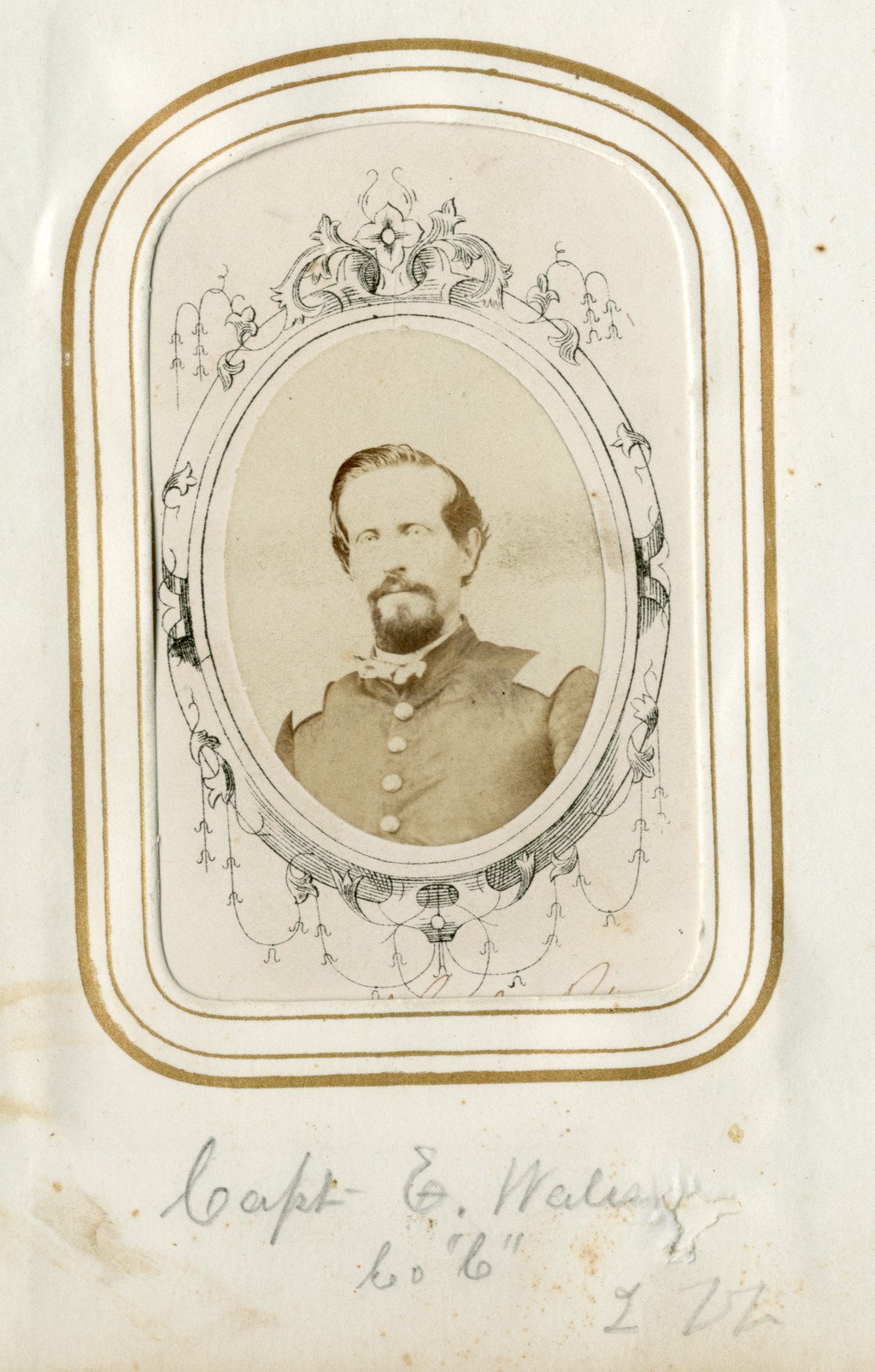 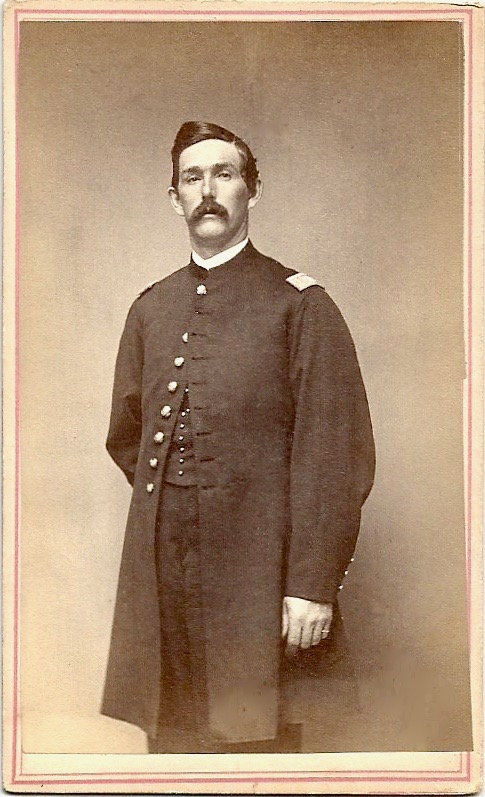 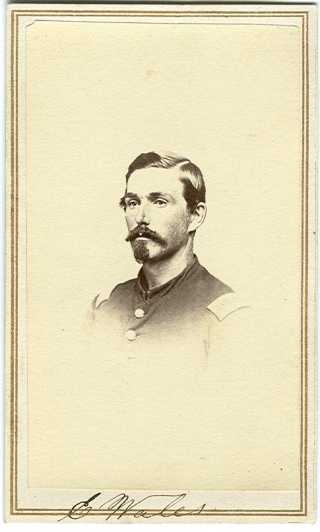 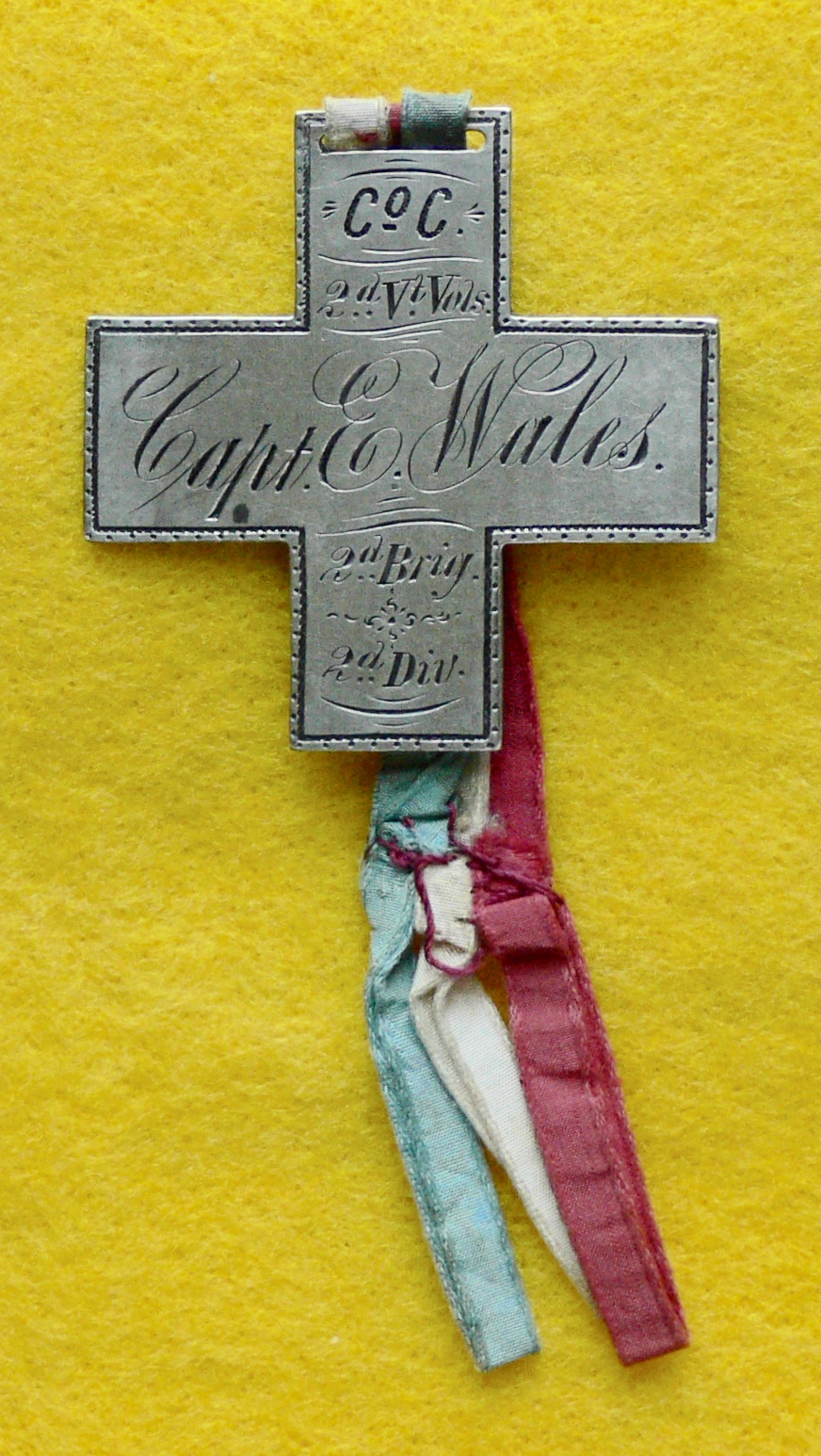 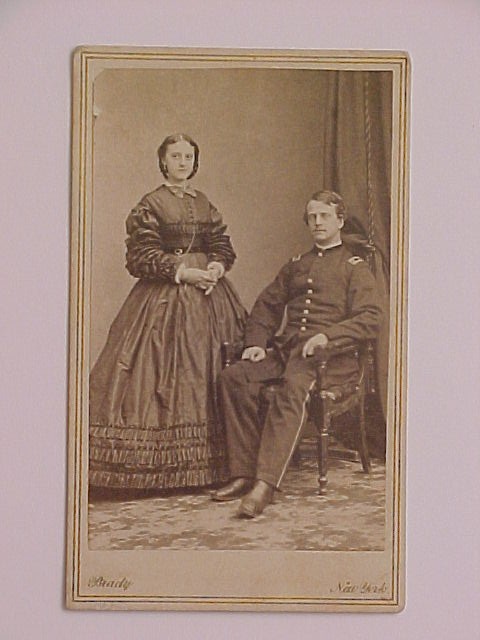 But few men who went to the war from Vermont, or any other State, fought more battles, received a greater number of wounds, and had more hair-breadth escapes than Brevet Major Elijah Wales, of Brattleboro', and he still lives to tell his own story. His record is a most creditable, remarkable, and interesting one. He enlisted as a private, and was mustered into Company C, Second Regiment, May 1, 1861; appointed First Sergeant, June 20, 1861; promoted Second Lieutenant, January 23, 1862; First Lieutenant, October 20, 1862; Captain, March 1, 1863; and Brevet Major, August 1, 1864, for gallantry in the Wilderness and subsequent engagements.
Major Wales participated in twenty-four battles, and says he was under fire more times than he would undertake to count. He was wounded in the battle of the Wilderness, May 5, 1864 -- a minie ball entering his left shoulder-blade, passing between his heart and spine, and coming out under the right shoulder-blade, near the arm. He was in the field again in less than two months, and was wounded in an engagement at Strasburg, Va., August 4, 1864, by a minie ball, in the head, breaking the bone in over the left eye. He did not leave his regiment, but participated in a skirmish at Stony Point the fourth day afterwards, and was twice wounded, once in the wrist and again in the right leg. He served to the end of the war, was mustered out with his regiment, and was honorably discharged.
During his term of service, Major Wales performed many daring and gallant acts. At Petersburg, on the 2d of April, 1865, he, with two men, captured a piece of artillery, turned it upon the enemy, and fired upon them the charge they had themselves placed in the gun. He returned to Brattleboro' after "the cruel war was over," still resides there, and may he long live to enjoy the blessings of the good government for which he most nobly fought.